What is Vincent Tan up to in the Phillipines? 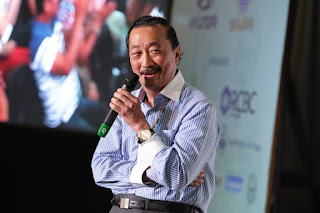 The media reported Tan Sri Vincent Tan pledging to build 5,000 homes for the poor in Phillipines.

In his talk, he sounded like Tan Sri Francis Yeoh of YTL who once espounded virtues and concern against crony capitalism. Sincerely hope he is genuine in helping poor Filipino.

Or is he up to something?

ANGAT: Malaysian billionaire Vincent Tan (pic) has promised to build 5,000 homes for poor Filipinos with the help of the Gawad Kalinga (GK, in english gift of care) Community Development Foundation.

“The rich became rich because a lot of poor people supported their businesses,” Tan said during the 4th Global Social Business Summit held recently at the GK Enchanted Farm here.

Tan, founder of the Berjaya Group of companies, donated P100 million (RM9mil) to GK in 2012 as part of his P300-million (RM26mil) pledge for the construction of 3,000 homes for Filipinos hit by natural calamities.

It was during that year when Berjaya, through Berjaya Philippines Inc., and GK formally started their partnership.

Berjaya is a company engaged in property management, investment and development.

“We committed 3,000 houses several years ago and if you build faster, we would like to commit 5,000 houses,” he said. In 2015, Tan flew to the Philippines from Malaysia to lead the groundbreaking ceremony for the 100 units that Berjaya committed to build for the survivors of Typhoon “Sendong” in Cagayan de Oro City.

“I pledge half of my wealth to charitable work. The masses support our business and who are the masses? Many of them are poor,” Tan said.

He said they plan to replicate in Malaysia what GK has done in the Philippines and provide free shelter to poor Malaysian communities.

“We’re going to do something in Malaysia and hopefully, we could get pledges from other organizations who could donate to build homes for the poor who could not afford these,” Tan said.

GK founder Antonio Meloto said Berjaya was one of GK’s most generous partners.

According to the foundation, there are 12 Berjaya-GK villages in the country, including the first two for survivors of Typhoon “Pablo” in Compostela Valley.

Among the beneficiaries of the Berjaya-GK Villages are families who live in disaster and danger-prone areas, returning rebels, informal settlers, members of cultural communities, residents of local heritage sites and displaced Muslims.

“We’re very pleased to help the Philippines by doing business here. Like what I always say, the rich people need the poor to support their businesses and I think the rich must give back as much as possible,” Tan said at a news briefing.

After the summit, Tan led the inauguration of the Berjaya Garden Restaurant and Culinary Center (BGRCC) inside the GK Enchanted Farm.

Meloto said BGRCC serves as the primary food hub of the farm. It is designed “to cultivate the culinary talents of the poor” and provide livelihood as it caters to 200,000 people who visit the farm annually.

Established in 2003, GK has grown into a global movement of nation builders, who are committed to expanding the work and advocacy of caring and sharing across countries, to build a better, safer and kinder world. At present, GK is in Indonesia, Singapore, Cambodia, Canada, United States, Austria, France, Ireland, the Netherlands, United Kingdom, Australia and Papua New Guinea. - Philippine Daily Inquirer/Asia News Network

He plan to build homes for the poor in Malaysia. But seeking pledge from other organisations.

Is he really saying he will be securing low cost housing projects with some state government absorbing much of the cost or it is project in return for strategically located land for high end development?

In his home town, he does donate to various charities or sponsor events. It is obviously to gain influence with certain people.

It made us ponder: has he ever sincerely help poor Malaysians?

His business in gambling do make Malaysian poorer. Casual gamblers part with their money weekly to make him rich.

He takes what is others.

His flagship Berjaya was taken from Malay entreprenuers by decree from high above. A Malay entrepreneur company was taken away by force and the assets suddenly appeared inside Berjaya group.

There have been many cases of Malay entreprenuers were saddled to carry out many national services but at the end, had what they had built taken away by decree. 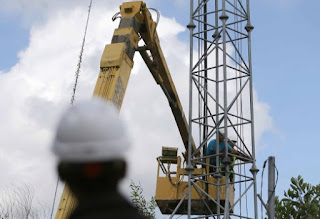 While, the friendly Chinese and Indian companies close to the issuer of decree does not have to do any national service and get deals at bargains.

They were left untouched before decree issuer left office in 2003.

Despite making revenues in the billions, these Chinese and Indians could be so cheapskate as to not even pay Perak state a measly sum of only RM20 million a year.

In Bukit Kiara, he started the first lease and "lesap" land scam.

He indulged in businesses which is suspected to be cover for illegal activities. His many franchise businesses are said to be really laundry business in disguise.

Even some of his legitimate business like telecommunication are late entry businesses in which entrepreneurs developed the market and he secured licenses after no more licenses is supposed to be issued.

He has list and de-list his 7-11 several times and there are just people in Securities Commission allowing him to get away.

The strong suspicion is the man being issuing decrees all these years is also a partner and strategic shareholder.

Really, is he serious about being charitable to Filipino or it is a charade to cover his collusion with people able to decree business in the Philipines to him?
at 2/01/2017 11:58:00 AM

Or Renong. Racked up debts & had to be rescued.

Or Land & General - another blast from the past.

What about Malaysian Helicopter Services (MHS)?

And so on and so forth.

It's not as if there are no Malaysian Chinese and Indian entrepreneurs in Malaysia. But are they allowed a "level playing field"?

For crooked businessman like vincent tan, he must be up to something. He could be using GK to camouflage something illegal.

Vincent wanting to give back to the poor is like Matey toppling any leader or politician without something for himself and sincerely for god, country and the people.

The GK Foundation could be Vincent own foundation which serve several purposes. One, it could be conduit to bring political funding for general election campaign. Two, it could also be cover to do political bribery via welfare program.

It is not for BN but for decree issuer that helped vincent and himself all these years!

Tolonglah. Not very fair and wise to make baseless accusations of this nature. Often out of jealousy and lack of reasoning we become judgemental and critical of others. Good deeds like this are apolitical, they should be commended and encouraged. After all many will benefit from Vincent's charity. While we are so blessed to be able to surf online and express our views freely and comfortably (I mean literally considering we have electricity, roofs on top of us and often more than what we need); the poor and less fortunate have to worry about their next meal and shelter. A lot more do not have the luxury like many of us enjoy. Let's be grateful and thankful to those who are helpful. Some day some where we may need help and favour from someone who's like Vincent and others like him.

So far all are fair comments based on a point of view and concerns. Thank you.

Maybe he is supporting his daughter?

i wonder has he done the same thing here in Malaysia, there are so many poor people here.

Does the saying "Charity begins at Home" comes to mind? V Tan cannot blame M'sians for suspecting a commercial (some uncharitable individuals might use the word 'corrupt' - sorry for the unintended pun) reason for his act in Phillippines.

Most of the commentators here are ignorant and didn't bother to check anything before making allegations. I am not a fan of VT but I don't condone baseless allegations either.

Anon 7:29, Gawat kalinga has existed long before VT took an interest in it. It is a respectable Philipines charity organisation that has done wonders for the Phillipinos.

HT Low: VT gives donations to selected Msian organisations practically every year. He is a major donor behind Mercy Msia.