If it is still unsatisfactory to Mahathir, he must have a ready plan upon toppling BN to bring FDI from Kerala, India to replace FDIs from US, China and TPP countries.

It's easy to talk after an event. Anybody can be post-event expert. The factors have presented itself and there is no more the need to analyse or forecast or make calculated guesswork.

Financial market traders refer to hindsight conversation as talking cock. It so happen to be the year of the rooster.

Though DAP's Charles Santiago have been consistent in his opposition to TPPA, he is talking cock to say I tell you so. He never had an answer to the economic need of a trading nation like Malaysia for foreign trade and FDI.

Six months ago, he could not anticipate there will be a US President by the name of Donald Trump.

Even DAP was for TPPA as it serve their purpose to remove any form of Bumiputera affirmative action. Lim Guan Eng made statement to oppose TPPA for political expediency.


For a commentator on FMT to say "Asian nations have survived without TPPA" and can survive in the future thus described TPPA as American handout, he is naive on the history of trade. Why did Tun Dr Mahathir wanted to initiate the EAEC or later EAEG?

The once pro-China and anti-American Mahathir took the political expediency route and U-turn from his liberal re-positioning back to his past anti-Chinese political rhetoric to discredit Dato Najib's historic China visit that culminated in RM144 billion worth of investments.

In China, Mahathir's rhetoric had infuriated the public and it is likely that was what he had politically set out to do.

His son, Dato Mukhriz was fear mongering to the gullible orang kampong as though China will invade Johor. JB has 2 million locals and an expert asked who will take up the homes for the claimed "700,000 China Chinese"?

Without the US, China or TPPA countries, where is Mahathir expecting FDI to come from? 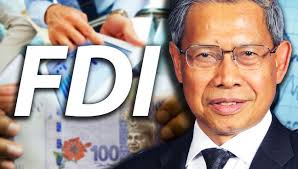 Minister for International Trade and Industries, Dato Seri Mustapha Mohamed wrote in The Star before the CNY break to put the right perspective on FDI, particularly China investment:

FDI is crucial for Malaysia’s future


IT would appear that China-bashing has become the latest trend in Malaysian politics. This is especially the case after Malaysia signed 14 business-to-business (B2B) MoUs with China worth RM144bil. These investments, to some critics, are apparently a new form of colonisation that will allegedly lead to our country being flooded by Chinese nationals.

Such grouses are nothing new. We note that similar arguments were made during the negotiations over the Trans-Pacific Partnership Agreement (TPPA), which was apparently also going to cost us our independence with the Americans taking over our assets. It seems as if nothing the Government ever does is right.

While the Government values constructive inputs on Foreign Direct Investment (FDI) and other matters, baseless scare-mongering is not good for the country, especially when we are faced with a challenging global economic environment. Foreign investment is a crucial and inescapable part of our economy.

Key sectors such as investment, trade and tourism have thrived because of substantial FDI flows into the country.

Malaysian restaurants, hotels, shopping malls and international schools continue to flourish due to their presence.

Indeed, Malaysia as an active participant in global trade has been very successful in attracting FDI even when our nation was at its infancy.

For about 100 years, our tin and rubber industry grew significantly because of foreign investment mainly from the United Kingdom. In the early 1970s, this changed as Malaysia successfully attracted investment in the manufacturing sector.

Cities such as Shah Alam, Kulim and Penang were transformed into thriving manufacturing hubs as a direct result of this – to say nothing of the millions of lives uplifted due to the employment opportunities and supply chains created. 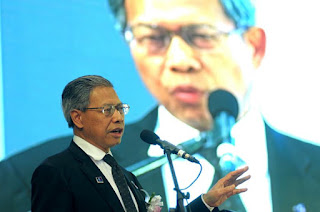 FDI has also been important to the development of our services sector. A number of foreign corporations have established their global, if not regional, hubs in Malaysia.

For instance, Cyberjaya is today home to more than 800 companies, of which 40 are global and regional MNCs.

Currently, no less than one million people in our country are working for foreign companies. FDI also contributes to our exports, given that a large number of foreign companies operating in Malaysia are focusing on exports while a few are 100% export-oriented.

At the same time, the presence of foreign companies in our economy has provided local SMEs access to valuable technology transfers and exchange of know-how. These are crucial in developing their capabilities, hence enabling our SMEs to be part of the lucrative global supply chain.

Malaysians must also realise that our companies have also matured and are now making waves overseas. Our oil and gas companies are global and regional players. Our banks have sizeable market shares in many countries in the region.

According to the latest statistics from Bank Negara, there are about 750 Malaysian companies with investments abroad. Malaysian companies own considerable acreages of oil palm land in Indonesia. Our companies also have a strong presence in the Australian and British property sectors, including the RM40bil Battersea project in London.

As of the third quarter of 2016, the stock of our direct investments abroad (DIA) amounted to RM539.8bil, especially in the financial and insurance (33.5%), mining (24.8%) and information and communication (7.8%) sectors. Mean­while, the FDI stock in this country accounted for RM525.5bil as at September 2016.

We are investing more abroad than foreign investors in our country, but this does not mean we are encroaching into other countries’ sovereignty. We should also realise that xenophobia against foreign investment at home could lead to retaliation against Malaysian investments, professionals and workers abroad.

In the case of Chinese investment, the latest data as at Q3 2016 shows that Malaysian investment in China stood at RM7.2bil or 1.3% of total DIA stock, compared to RM4.9bil of investment from China to Malaysia which accounts for merely 0.9% of total FDI stock.

This means that Malaysians have invested more in China than vice-versa.

Like it or not, foreign investment and trade are current economic realities. China is now the second largest economy in the world and will be the biggest one day. In short, it is growing and will only continue to grow. For the past eight years, it has been our biggest trading partner.

Although investment from China is quite small relative to our investment in China, moving forward we can expect more inbound investment including in manufacturing, infrastructure and properties. Malaysia has always been forward-looking and ahead of the curve in terms of investment.

We are more inter-connected than ever before, especially in light of the Asean Economic Community (AEC). Intra-Asean investment is hence also gaining momentum. This accounted for 18.5% of total FDI flows in 2015, which also represented the largest source of FDI to Asean.

All foreign investors, regardless of where they are from, are obliged to comply with Malaysian laws and regulations. They are required to pay our taxes and other dues. We will not accept any investor who will not bring any benefit to Malaysia and its people.

We cannot reject closer economic ties with China and indeed, any other country, especially given the political uncertainties in the West. The events of 2016 highlight that globalisation has been challenged and, indeed, may even be in retreat.

As such, Malaysians must accept the changing realities and adapt to them. Malaysia, after all, was one of the biggest beneficiaries of globalisation and the free-trade movement. We cannot turn our backs on this now simply because of misguided nationalism.

Globalisation and protecting national interest can coexist. So while we must be cautious and prudent moving forward, I still believe that we are on the right path for the years ahead.

Although some of the TPP countries are pursuing the TPPA without the US, its demise is inevitable. However, Malaysia has developed a team of capable negotiators capable of putting the country forward on the path of globalisation but managed to protect national interest.

Malaysia had anticipated the possibility of the cancellation of TPPA. In fact, it was our tough negotiators that managed to slowdown TPPA from becoming a vehicle for US-based MNCs to enter and leave markets at will.

It is difficult for TPPA to proceed without the US but their withdrawal will come at an economic cost to them.

Malaysia and ASEAN need to reflect on the implication of Trump's existence. Asean has its own set of issues and disputes. It is caught between the choice of the China wanting to be the good big brother and an America has become the bad and ugly one.

MITI was prepared for other options. Malaysia could pursue FTA or China-led RCEP. Mustapha has mentioned that the priority is to promote trade with ASEAN and Asian countries. Is that not what Mahathir's intention behind EAEC or EAEG?

If Malaysia had refused TPPA early and not be part of the negotiation, TPPA could have been sealed without Malaysia and we lose out. Malaysia joined negotiation and managed to swerve it to a favourable direction that would have benefitted Malaysia.

Without TPPA, we could still take the FTA and RCEP route. If it is still unsatisfactory to Mahathir, he must have a ready plan upon toppling BN to bring FDI from Kerala, India to replace FDI from US, China and TPP countries.

Fact - Singapore, a city-state with a population of less than 6 million, has attracted more FDI than M'sia.

Fact - more MNCs have regional HQs in S'pore than in M'sia.

Fact - S'pore has more FTAs in place than M'sia.

The fact is that M'sia needs the TPPA. The TPPA doesn't need M'sia.

Not very comforting for your worldview, is it?