Dear Selangor Mufti ....What is the fatwa on MAIS default? 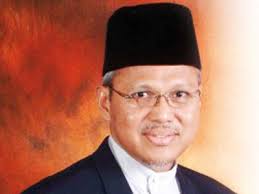 Since our March 21st posting to explain there is no official request from the palace for apology and court determined "default" by MAIS [read here], there is no comment or fatwa by the Selangor Mufti, Dato Mohd Tamyes bin Abdul Wahid.

As a member of MAIS and the authority on Islamic jurisprudence to issue fatwa, he should be concerned with the court judgement against MAIS.

Tamyes is currently embroiled in the issue of Valet prayers, in which MAIS, or maybe it is JAIS, ordered such service be stopped.

It must be important and significant that he has to make his position heard. But why no position on MAIS's financial default, in which the civil court made a decision that MAIS failed to honour on a promise.

Furthermore, court threw out MAIS attempt to annual it's guarantee and various agreements.

In simple language for the common folks' understanding, the highest religous body in the state of Selangor dishonoured on its promise.

Tamyes should be aware of a comment made in Rocky Bru posting here for the attempt to annul, reproduced below:


It is MAIS that is not honouring agreement by seeking to annul. Are they hoping that by throwing the name of the Sultan that law and order and agreement can be simply thrown out?

Now that MAIS has resorted to take on bloggers, they have exposed themselves as not honourable. Once signed, an agreement is to be honoured and not annuled.

I believe it is haram not to honour ones agreement. There is a Mufti on MAIS council. Don't tell us he will justify and defend such dishonourable conduct of MAIS.

This is a bigger issue than his position on Valet prayers. 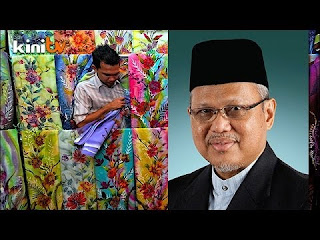 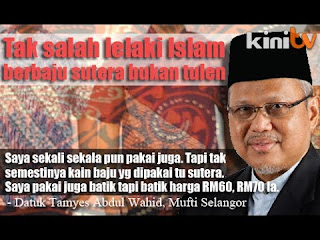 Or, some old practises from the past: 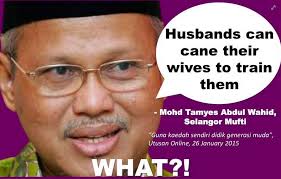 Or, feqh issue on dogs: 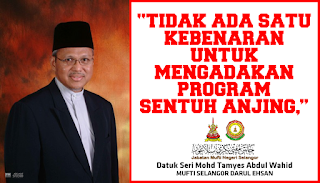 Or, the brave stance to ban the Mufti of Perlis from dakwah and outlawing Sister in Islam in Selangor.

The financial guarantee was part of a muamalat transaction, and dishonouring an agreement is a weakness on ethical values.

Late issue of CF is not the fault of the contractor. They did not dishonour the agreement made.

In turn, it could be the fault of or corruption by state administration machinery, in which MAIS, Tamyes and prominent members of MAIS are part of.

Most embarassing, defaulting on a promise is a bigger issue because it is an issue of adab and manifestation of a loose iman and ihsan. [Read an earlier posting here] 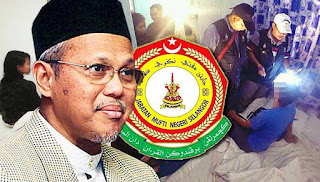 Tamyes expressed his views on syariah law. It is important structural issue on Islamic judiciary.

More so, RUU 355 and 164 are issues of concern to Muslims and society.

But an issue that directly affecting the institutions Tamyes is associated to should also be a priority.

Furthermore, dishonouring promise is a contravention of syariah law as much as stealing is a punishable offense under hudud law.

For few years, MAIS's higher institution of learning, KUIS collected rental from students amounting to the tens of million.

However, the refuse to pay the contractor as agreed in iron clad agreements to both contractor and Banks.

The lawyers can advise on matter of law. But Tamyes must act from a moral and ethical stand point.

His honour, the honour of the institutions he is associated to, and the public perception of Islam via the guardian of Islam in Selangor are at stake.

Without it, MAIS could lose its credibility. The public will not respect its views on Islamic matter, and role played on Islam in the state of Selangor.

They do not know the meaning of justice or ethics. Many Mullahs think it is clever to hoodwink people and/or run away from their worldly obligations. So hardly surprising these morons do not want anyone questioning their wrongdoings.

Do not generalise mullah. It is individual weakness of human. In this case it is not only mullah but more bureaucrats.

Those that kept quiet to allow misdeed and power of religous authorities is also at fault.

While those that think they are too holy and blindly trust them should redo theor education from kindergarten. Too stupid!