Sabah judge not firm on own Sabah Watergate decision 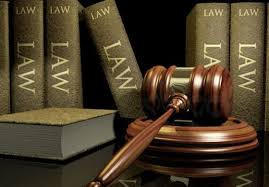 There was outcry by the public on the big corruption case in Sabah regarding the Sabah Water Department.

Initially, it was set at RM10 million. It was then appealed and reduced RM5 million. Then, another appeal to drastically reduce to RM2 million. Despite that, the judge seemed to allow somewhat of a "layway plan."

And, some segments of the public are not happy with the decision.

In a rare turn of events, his counsel Mohd Nor Yusof told High Court judge Datuk Nurchaya Arshad that family members have only managed to raise RM500,000 in cash and are applying for the balance to be deposited via land title deeds worth at least RM2 million.

“We are not asking for a reduction in bail amount, just a variation in terms of mode of payment,” he said.

Last January, the Sessions Court reduced his bail from RM10 million to RM5 million, with RM2 million to be fully deposited with one local surety.

To allow time for the deputy public prosecutor Rozanna Abdul Hadi to submit a written response, Nurchaya set 3pm to hear her argument and to make a decision.

When Rozanna asked for the court to give more time to prepare a submission in reply to the application, Nurchaya said that the application was only a variation to the terms, and should not take long too reply to provided they had a licensed valuer, as the principles of bail were not meant to penalise the accused, but to ensure they showed up in court.

According to Mohd Nor, such cases of land titles used in lieu of cash were rare but not unheard of.

“There has been four such cases in Malaysia, but none in Sabah so far,” he said.

On December 29, Ag Mohd Tahir, 54 and his wife Fauziah Piut, 51, along with former SWD deputy director Lim Lam Peng were charged with a total of 37 counts of misappropriating infrastructure funds worth more than RM60 million under the Anti-Money Laundering, Anti-Terrorism Financing and Proceeds of Unlawful Activities Act.

All three pleaded not guilty.

The high profile case involved the largest cash seizure in the country by the Malaysian Anti Corruption Commision, worth some RM114 million.

The court cannot be seen as bending backward on it's own decision to be firm on corruption in Sabah.

The judge may have her own legal reason but she will be seen as taking her own decision lightly. Why make the decisions in the first place?

Her flexibility is not serving the public interest to see the eradication of corruption that denied the poor and interior folks of Sabah the much deserved and over due basic amenities.

Talking about public interest, the Malaysian public is aware that more than 35 people including 23 district engineers were arrested for questioning.

But why is only 3 were charged?

The Deputy Director was arrested and some RM100 million of assets believed to be confiscated and frozen.

Thus he is deemed to have basis tobe charged. Again, why is he not charged?

Despite his attempt to divert blame to Dato Musa Aman, Tan Sri Pairin Kitingan and KETTHA Minister, Dato Maximus Ongkili, the fact is the ultimate authority falls on the former SUBs and KSU of KKLW in collusion with Shafie.

Sabahans could not accept that proofs cannot be found and these officials and Minister at KKLW could get away scot free.

It cannot be hidden from public eye in Sabah that some of the allegedly corrupt 23 people have been buying hotels from their ill-gotten gains.

All parties must be serious about eradicating corruption. What is publicly known cannot be left hanging and unanswered.
at 6/09/2017 07:09:00 PM