Forget "Langkah Kajang" or "Sheraton", "Langkah Carey Island" is next 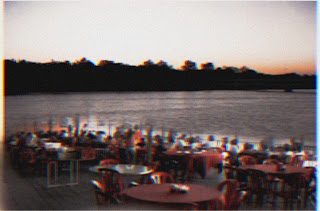 Located south of Port Klang and north of Banting, Carey Island in the Kuala Langat district is technically an island but it does not feel like one. It is separated from the mainland by merely the Langat river.
Since this morning, a tip-off by the blog Edisi Siasat of a political retreat at Carey Island allegedly organised by Tan Sri Muhyiddin Yassin for Pakatan Harapan  and Perikatan Nasional leaders went viral and was the subject of conversation in several chat groups.
It turned out that the technically a retreat turned out to be a meeting separated by a seafood dinner. Carey Island is famous for its seafood restaurants.
The names will remain a secret, but the dinner retreat was not fully represented by all political parties. There was the absence of important leaders.
Perhaps it is not possible for a full attendance with DAP holding its 17th congress on Sunday. PKR is holding its party election with Rafizi Ramli and Nurul Izzah announced returning to active politics.
Nevertheless, the tip-off is believable for few reasons.
Bigger tent 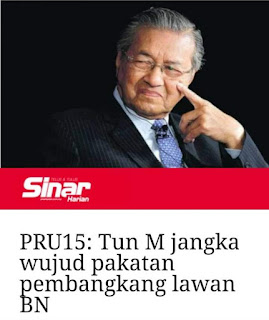 During the PRN Johor campaign, words were going around in the last few days of campaign that Muhyiddin and his old mate in UMNO, Dato Seri Anwar Ibrahim made a post-election pact.
Before campaign started, a Facebooker claimed Anthony Loke was sighted at Muhyiddin's office in Publika, KL.
Both claims could be intended to cast a negative aspersion of Muhyiddin and PPBM.
However, Tun Dr Mahathir was reported by Sinar Harian forecasting PN and PH will form a bigger tent of a coalition in view of the low voters' turnout and total votes received by opposition candidatea in Johor and Melaka remained larger than BN.
Its logical and simple for the common folks to digest, but politics is dynamic as in not a static process. Campaign, manifesto, candidates and strategy will change in accordance to the latest happening on the political landscape.
So do turnout and results.
More so, it is a challenge for the different political parties to come to a consensus.
According to Edisi Siasat, the new tent will be a coalition of not only strange bedfellows, but parties and factions still bitter by the betrayals of PPBM and Azmin faction from PH and PKR, respectively.
PAS stuck
PAS's Youth Leader, Ahmad Fadhli Shaari @ Putera Gunong Ledang claimed the same on the dynamic of politics.
To answer critics for PAS's seeming betrayal for forming PN after UMNO agreed to accept PPBM into MN fold, he said PAS not only willing to wad in two ponds but 10 ponds.
However, the acceptance of DAP will be the key to any possible reunification with Amanah. Since the break-up of Pakatan Rakyat, DAP has positioned Amanah and Muda as their Malay partners for the Islamic and youth segments, respectively.
PAS is stuck between the devil and the dark blue sea. Having abandon Muafakat Nasional for the temptations of money, position in Government, and better bargaining position with PPBM, UMNO members see it as betrayal.
The leadership have a different attitude, but Puteri UMNO head expressed grassroot feeling to openly wave sayonara to PAS at the UMNO General Assembly.
For PAS to return back to their Pakatan Rakyat partners, it will mean losing face with their growingly impatient members. The wala'un (blind loyalists) are declining in numbers.
While staying put offers no advantage with PPBM nearing its demise and a Gerakan with no possibility of a revival.
Sabah PPBM, which contributed the largest number of UMNO MPs defactors, were not present during the Johor campaign and all indication points to them abandoning PPBM for GRS.
Talk in the market is more PPBM MPs will abandon ship to return to UMNO.
The issue holding them back is UMNO will not allocate any seats for them to contest for GE15. Former UMNO defector, Mazlan Bujang was not offered candidacy for Johor Lama after leaving PPBM before Johor PRN.
More so, the message from the concluded UMNO General Assembly is loud and clear.
Loyalty will be a prime consideration for GE15. Though talk is he bankrolled UMNO Larut Division, not even Dato Seri Hamzah Zainuddin could be expected to have it easy to run at Larut should he return to UMNO.
No way Muhyiddin 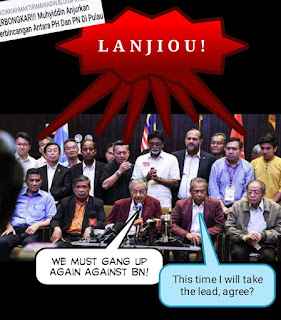 Facebooker Zam Yahya puts it clearly in his caricutures that Muhyiddin will not expect any less than returning as Prime Minister and it will not be acceptable to PH.
Indication of PH position is as Mat Sabu succintly put that UMNO and BN should not be accused, but the blame for destabilising government is Muhyiddin and Dato Seri Azmin Ali.
Nevertheless, it is crystal clear that coalition government formed after GE14 proves that government form from marriages of convenience will not work.
Malaysia is neither ready for coalition government nor for coalition form post-election.
In Semenanjong, the choice will either be BN or PH. As Dato Nurjazlan puts it, PAS is only palatable for few northerm states. For Sabah and Sarawak, it will be dominated by GRS and GPS, respectively and no party Malaya.
No room except as spoiler for PPBM, Pejuang, Warisan, Parti Bangsa Malaysia and perhaps, even for MUDA. Undi 18 impact still not clear.
Mahathir's suggestion for opposition to unite for purpose of denying BN is actually a cliche, self serving and lack any viable political narrative. 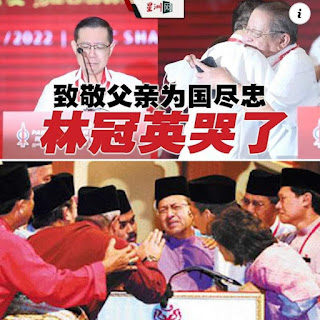 With him announcing not defending his Langkawi seat and Lim Kit Siang announced retirement, his forecast will not lead to anything.
His attempt to influence events through his renown preemptive statements is futile. The statesman has no more any credibility left. Time to grace out in peace.
Without any elder trusted to seal the deal, the dinner still has a long way to go. 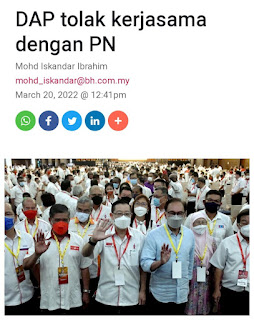 Anthony Loke may have been elected as new DAP Secretary General but it may not mean he could negotiate with Muhyiddin immediately. New DAP Chairman and court cluster, Lim Guan Eng expressed opposition to any cooperation with PN.
Despite attempts to soften and counter attack Dato Seri Mohamad Hassan's call for  dissolution of Parliament by Tan Sri Annuar Musa, Khairy Jamaluddin, and Dato Seri Nazri Aziz together with reactions from Dato Hishamuddin Hussein and Dato Mahadzir Khalid, UMNO is on a war cry and GE15 mood is unstoppable.
The agreements from all the wings to postphone party election after GE15 is too overwhelming that no money can dissuade the delegates.
To save DAP from losing face, Guan Eng pre-empted by stamping his feet to demand for the anti-hopping law or MOU is over.
Political analysts viewed the MOU as indicative that PH is not ready for a general election. Several by- and state elections indicate PH is dumbfounded without any campaign line other than repeating the tired theme of corruption, Najib and 1MDB. UMNO can call his bluff.
A political analyst privately commented the dinner is a mere warm up. If there is personal chemistry, a date will be set for further discussion.
This time it will involved new set of players from DAP and PKR.
Dato Ismail Sabri has succumbed to UMNO members and grassroot pressure. GE15 could happen not long after the end of the MOU between coalition government and PH in July. They need to work fast.
No more Anwar?
DAP have been toying with the idea of Dato Shafie Apdal as the new poster boy to be their proposed PM. It means no more Dato Seri Anwar Ibrahim. 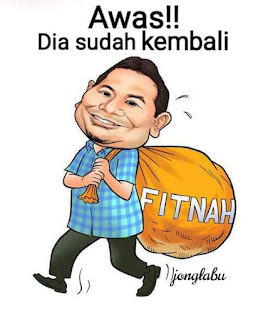 DAP made it clearer. Upon Rafizi's announcement to run for PKR Deputy President, Guan Eng pushed the issue further to comment Rafizi should be going for President. He has always been the PKR leader with a mind of his own.
He came up with various formula. One was the Kajang formula for Anwar to run in the state by-election and get appointed as Selangor MB to avert prison.
The Langkah Kajang plan went awry as Datin Seri Dr Wan Azizah ended up running. Tan Sri Khalid Ibrahim was removed but Azmin side-stepped Azizah to be the MB.
In the subsequent Langkah Sheraton, Muhyiddin, Azmin and Hishamuddin were instrumental in toppling the PH government to form a coalition government with UMNO, led by PN and Muhyiddin as PM.
It was PKR narrative that dubbed PN as #kerajaangagal and Muhyiddin ended up being removed by 15 UMNO MPs led by Dato Najib Tun Abdul Razak and Dato Seri Ahmad Zahid Hamidi.
Perhaps, another political manouvre with a Langkah move is suey (unlucky) and has Azmin dictating play.
Siapa lagi Cina mahu? 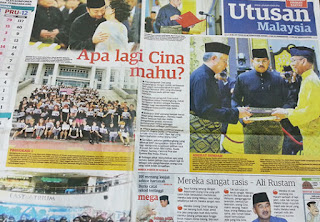 If its no Muhyiddin, and no more anything to do with Mahathir, will DAP actually discard Anwar Ibrahim in favour of Mahathir's man, Shafie?
Adding to DAP's worry, there is a clear signal that Chinese voters are in transition. They are testing DAP and could shift back to MCA. Will voting the old guard out be enough?
The new DAP team has to also deal with the issue of Apa lagi Cina mahu 2.0?
Can the generic "Cina bukit" type grassroot accept a DAP dominated by Christian evangelicals as leaders and agenda correspondingly adjusted?
Is shifting the perception of Chinese chauvanism to multiracialism be the right move?
at 3/21/2022 01:55:00 AM