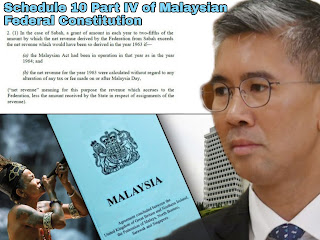 Syed Saddiq's absence from MUDA's Johor election candidate list and amended charges to his case in court indicated he has no credibility and fit the drama queen label given by Johor Crown Prince or TMJ.
Khairy is declining in popularity and facing a widening trust deficit. The acclaimed genius and top vaccine salesman is under scrutiny.
And he proved a fluent parrot in reading script does not make for a good Health Minister. A medical degree without the oral prowess is a better choice than an Oxford degree in PPE.
Such is the faith of over rated politicians selling the youth gimmick. Khairy's comrades in UKEC and believed to be his planted man in the now dormant NGO, Promuda, Dato Seri Tengku Zafrul Aziz is facing similar fate.
Social media calling on Zafrul to honour his promise to resign should the RM10,000 EPF withdrawal be approved. Talk of his resignation had resurfaced again recently, and a denial followed suit.
He then left for London to miss the UMNO general assembly. Words going around he will return with £20 billion investment or borrowing. He'd better because he dropped the ball again.
His oral reply to Parliament speaker refuted Sabah's right for a 40% revenue sharing as stated in Schedule 10 Part IV of the Malaysian Federal Constitution. Apparently, the existence of a secret gazetted law made after 1969 nullified revenue sharing with Sabah.
Come Monday, he will return to office and Parliament.
Joe Samad wrote in his FMT column, reproduced as follows:

Former Sabah chief minister Harris Salleh in one of his speeches in 1999 said that very little is known about the special arrangements to share federal revenue collected from the state of Sabah.

For example, the Federal Constitution speaks of “a grant of an amount equal in each year to two fifths (40%) of the amount by which net revenue derived by the federation from Sabah exceeds the net revenue which would have been so derived in the year 1963”.

Finance minister Tengku Zafrul Aziz was recently reported as saying the 40% revenue sharing formula with Sabah is no longer applicable as it was deemed to be outside of the federal government’s financial capacity now, as it was in 1973.

This came as a shock to many Sabahans as political parties and other leaders have fought for the tax revenue share over the years without much success.

Tengku Zafrul reportedly said that a 40% revenue share would force the federal government to spend more than it earns, which would go against constitutional provisions for prudent fiscal management.

One Sabah lawyer-activist commented, “If it’s true the federal and state government has done away with the 40%, it is unconstitutional. The cabinet cannot override the constitution just like that. Sabah leaders would have betrayed the people’s trust to accept such a compromise, and if it’s true, it will affect generations to come. All good to maintain state-federal relationship but not at the expense of Sabahans.” 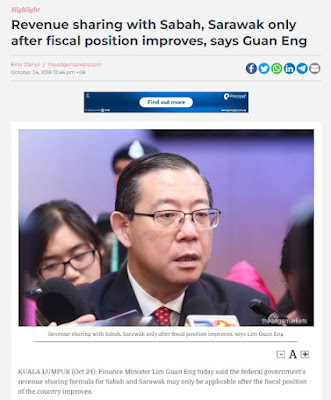 One MA63 activist said “It is understandable that the federal government is strapped for cash for development but what I cannot accept is federal income that has been derived from the state has gone to numerous corrupt leakages and wastages like the 1MDB. The money is not spent on the welfare and development of the rakyat and to let Sabah remain the poorest state in Malaysia as it is now is wholly unacceptable”.

One party youth leader said, “I can understand the concept of sharing, but it’s a zero-sum game when the federal government gains at the expense of the state and Sabah still ends up poorer. We are upset that their leaders have been forced to compromise without getting a fair return.

According to Sabah and Sarawak affairs minister Maximus Ongkili, it took 50 years to reach this stage of negotiations. Do we have to wait another 50 years before Sabah can be developed on par with some of the states in Malaya? Where is the justice?”

In November 2021, former international trade and industry minister Darrel Leiking said the PH-Warisan federal government had in 2019 while facing fiscal challenges right after taking over the previous BN-led government, revised the Special Grant to RM53.4 million for the year 2020 and thereafter the quantum was to be upwardly revised to RM106.8 million from 2023 and later to be reviewed upwards in accordance to the state of fiscal health of the federal government.

Based on Leiking’s past statement and on Ongkili’s latest statement that Sabah will expect to receive a fivefold increase in grants, the quantum to be expected would easily be in excess of RM200 million.

The amount is still insufficient to cover Sabah’s infrastructural needs. According to Sabah works minister Bung Moktar Radin, Sabah should be given a larger allocation taking into account the state’s geography.

He said the lack of basic infrastructure for people in rural areas was a critical issue and a larger allocation would help resolve the problem, adding that the Sabah government needs federal assistance as the cost involved is great.

Clean water, roads and electricity are basic needs. The allocation cost cannot be provided by the state government. To repair and upgrade water supply infrastructure alone, we will need about RM27 billion for the whole state, he said. 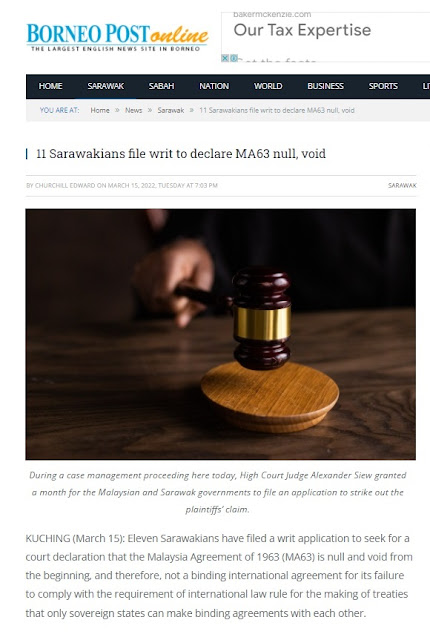 The rising sentiment of unfair allocation of resources has created great discontent.

Recently, eleven Sarawakians filed a writ application to seek a court declaration that the Malaysia Agreement of 1963 is null and void and not a binding international agreement for the federal government’s failure to comply with the conditions of the agreement.

Not giving Sabah its rightful dues would only harden the sentiment against the federal government over development allocation.

This blog has written repeatedly on this 40% revenue sharing right of Sabah. In fact, this blogger was at the seminar in Kota Kinabalu in 2015 when the revenue sharing was openly discussed.
Contrary to the application by the eleven, AskLegal.my website wrote that it is an accepted convention that MA63 is an international agreement, thus unlike the general Constitutional articles, it cannot be amended in Parliament.
Nevertheless, there was an amendment made in December 2021 which strengthen the legality and entrenched MA63 in the constitution. Nobody can take away MA63 from Sabah and Sarawak. It is for Sabah and Sarawak to enforce.
Part of the amendment was to revert back to be as close to the original version of Article 1 clause 2 of the federal constitution with regard to Malaysia comprised of the states of Malaya and states of Borneo.
Sabah PH will be taking Zafrul to court to question the legality of his reply to Parliament in which he said the revenue sharing is null and void consequent to a new tax agreement made when the country was under emergency rule in 1969 and 1970 and the gazetted law is kept from the public.
According to the late Zainnal Ajamain, the term revenue sharing between Putrajaya and the Borneo states does not exist. Schedule 10 Part V clearly states what is due to Sabah and Sarawak. 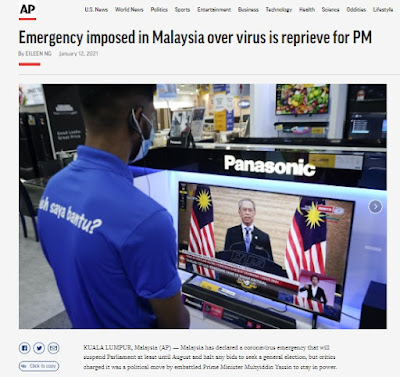 It is not a surprise that Zafrul has familiarity with emergency power and precedents.
He was the Minister of Finance when Tan Sri Muhyiddin called for emergency in January 2021 to combat the pandemic but emergency law was not used and instead, abused to keep Muhyiddin remain in power. He instituted new law to allow use of KWAN fund to buy vaccine.
Till today, Zafrul has not been transparent on the undeclared budget used for emergency allegedly amounting to RM600 billion. It is widely suspected to have leaked into PPBM's political war chest through mysterious welfare programs.
Can a law passed during emergency remained valid after it has been lifted?
Since SOSMA is the current big story, it was Dato Najib who repealed the ISA and lifted the Emergency Ordinance in 2011. The same question was raised back then.
ISA was widely believed to be abused by Tun Dr Mahathir and it undermined democrasy. Another underlying reason for the repeal was be an enabler for the MA63.
That will be subjected to public discourse and legal discussion. However, could the constitution and more so, aný international agreement be changed at the whim and fancy of the government of the day during emergency?
Muhyiddin and Zafrul will be subjected to greater scrutiny.
at 3/26/2022 02:15:00 PM

Is the video editing not HD (high-definition) enough? Relax, Tun and relax DAP. Calm down atok..!!” the former prime minister said on Facebook.

Hi Proton.. oopss silap plakk.. Hi Jelutong where are you..!?


Sekarang "Hi Jelutong where are you..!? Ni haah link nyer