Some strange development going on in UMNO, who do you call? 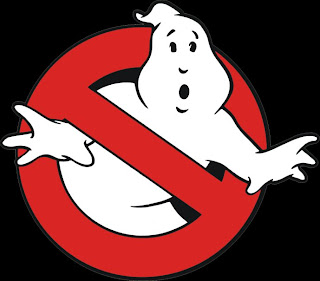 These evening an SMS came in to notify of a staggering revelation press conference at One World Hotel, Bandar Utama at 1 pm Tuesday March 3rd.

Only last Sunday, this blogger came across a strange revealation. Pak Lah's last day is supposed to be on March 31st and Najib should assume Prime Ministership on April 1st. One staff from Jabatan Perdana Menteri met could not confirm his last day on the job.

But that suspicion was short-lived. Pak Lah made a statement late Sunday afternoon itself to announce power transition is as planned. The story of unity Government proposed by Haji Hadi could be dismissed and Rafidah reportedly did so.

However, Pak Lah had not mentioned of any specific date. Words are PM Department is trying to arrange the swearing at the Istana for April 15th but had bring forward the scheduled swearing in to April 5th, two days before the triple by-election on April 7th.

This got political pundits wondering all evening. Why would the PM with less than a month left be announcing a new appointment? A safe assumption is that it is at the request of incoming PM, Najib.

The press conference Tuesday will be a curious one.

It is a PC by a group of UMNO leaders led by Dato Kadar Shah, who made a ACA (now MACC) report on outgoing PM for "money politics" last year. Kadar is seen as aligned to Tengku Razaleigh.

Sources informed that the press conference is to announce their move to seek a court injunction to delay the 2009 UMNO General Assembly and party election till all the reportedly more than 1,000 complain made to the party's Disciplinary Committee is attended to. The UMNO GA is scheduled for end of this month for the 24th-28th.

This development is strange.

This group of UMNO leaders have been critical of Pak Lah. Are they now seeking for Pak Lah to remain and deny Najib the Prime Ministership post? Or are they doing it for Ku Li? Or perhaps a private effort of concerned UMNO members.

Do you call the Ghostbuster?

UMNO Secretary-general, Datuk Seri Tengku Adnan Mansor was reported requesting MACC to investigate all allegations and charge anyone involved in money politics before March 24th GA. If a candidate was charged after being elected, it will cause a severe embarassment on the party to remove or suspend the person and leave the post vacant.

We shall await the press conference announcement for further revelation. Will this be a repeat of UMNO's past judicial encounter in 1988 or poll struggle of 1999?

THIS SHALL BE A LESSONS TO MANY OF US ESPECIALLY UMNO MEMBERS TO BE MORE CLEVER IN ELECTING AND SUPPORTING THEIR LEADERS.

ENOUGH ALREADY. IF THIS MOVE HAVE ANYTHING TO DO WITH KU LI MANY WILL BE DISSAPOINTED SINCE HE DID NOT PRACTISE WHAT HE PREACHED FOR.

UNITY AND SOLIDARITY IN UMNO ....

Salam Voice,
My bet? Premature April Fool's joke... or someone trying to justify Najib's appointment away from April 1st!

Hey AOB,
I think this is a case of extreme paronia. Pak Lah already said he was going to step down, perhaps its time to say something nice about him for a change.

If I am ever so paranoic, why are you regularly here commenting and trying hard to dispell my unworthy blog?

Badawi maybe sleepy but not entirely stupid....his mantra now is "get out pronto"....last election tsunami is nothing compared to the financial tsunami that has hit an already bankrupt Malaysia.......not a good time to hang around...

WENGER! WHAT IS THERE TO PRAISE ABOUT THE MR FLIP FLOP??? LU GILA KA BRADER? KA LU BUTA?

WE WILL REMEMBER HIM AS THE NO. 1 FLIP FLOPPER....PERIOD..

Of course we must stop by Warong AoB on a daily basis, hot gossipy stories with bizzarre conspiracy theories. And sometimes not quite far from the mark, but maybe not always.

Dear AoB readers,
I was only reiterating what the great Dato Mukhriz was saying, after all what he says is still relevant, right?

... good one there. Will concede to you on this.

You guys are commenting on NONSENSE.
This is a spam news.
Wake up and smell the roses.

I hope KJ will not be named in the next GE! Im from negri and we not all but most of us hate him to the bone just like Isa Samad! Go Mukhriz!