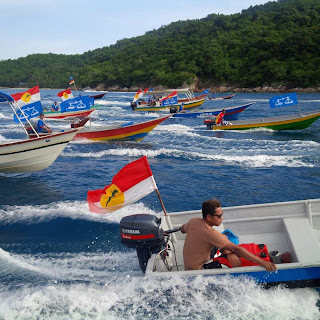 Supposed to pen down our view on the Alvin Tan and Vivian Chong affair but just too busy today .... sleeping.

Now, we are Besut bound to catch the pulse of the Ramadhan by-election. Heard it is a rather eerie feeling by-election. Hardly any posters, low turnout for ceramah and requires lots of personal touch and visits.

While there are those that feels that Barisan Nasional can maintain a healthy majority of at least 2,000 and even more, rumours spread by PAS that there could be sabotage just to teach Dato Najib a lesson.

What is the lesson the 'kampong' people of Kuala Besut wish to teach? Most of the allegation by PAS have been explained and it was alleged that they are a bigger culprit. Its Anwar's favourite game of  accuse your enemy for one's own sin.

So happen Anwar's protege in PAS, Dato Husam Musa is the Campaign Director and his protege is the candidate.

PAS candidate is probably an okay local bloke, but beseiged with lingering problems.

A video tape is being repeatedly played of him claiming that he will not take the wakil rakyat allowance except a little for his business and will 'gaji' someone to take care of the place. That is a hanging shuttlecock for a smash.

There is also PKR taking revenge for denying Terengganu-born Jingga 13 head, Faris Musa the chance to run at Kemaman. Fariz ran against Dato Najib at Pekan and received credible number of votes against a PM.

Before the General Election, PAS had treated PKR badly in Terengganu that PKR state liaison chief, Azan Ismail was vocal on this mistreatment. It made Anwar fuming with Hadi. When Hadi expressed interest to run against PM at Pekan, he wrote a stinging letter to Hadi warning not to simply take PKR's seat. 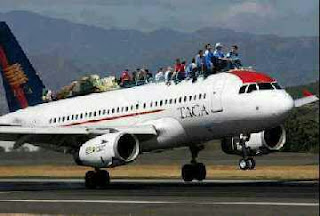 But, that could be water under the bridge. There is also a temporary truce. The action will be in the last week prior to casting on 24th.

Big guns from both sides are crowding the 17,000 constituency. Probably, there will be more campaigners than voters. In that small little area, one can throw a stone from a heli and it is likely to hit a Dato's head, an UMNO Dato' or PAS Dato'.. If lucky, a Tan Sri's.

As far as the issues in the ceramah and media war, there don't seem to be anything interesting happening with the rural crowd not keen to hear ceramah after terawih prayers.

One will never know. Perhaps there is something to look out amidst the eerrie feeling in Kuala Besut like Galas by-election uncovered a big can of worm in the Kelantan highlands or Bagan Pinang by-election was the turnaround in fortune for BN.

The real action will still be in the next GE where the profile in young voters stands out further. Kuala Besut too has a high young voters profile with the 40 and below is close to 60%. 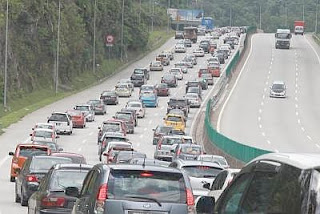 Like PAS Kelantan relied on returning 'outside voters', both side look forward for their return. Will they return to vote with most have plan to make the long trip home for Hari Raya holiday in two weeks?

Just two months ago, most of the outside voters had undergone the arduous seven hours drive from Kuala Lumpur to vote. Most had enough with politics and it is a turn off to have a by-election two months after a long five years of politicking. If there is a state wide election, the rakyat will be sick to the bone with politics.

Kuala Besut is anticipating a low turnout. So by hook and by crook, both sides need the outside voters.

PAS is heard to have chartered 20 buses to "fly" them in. UMNO is expected to struggle in this department because talk is someone cheated out the allocated home fare during the GE and many outside voters are piss as hell. 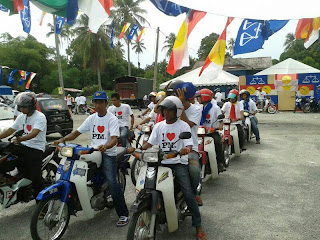 On the campaign, PAS is campaigning for a deadlock 16:16 situation for Terengganu. The argument is a well checked Government will be more efficient and sensitive to the rakyat's needs.

The counter argument is that it only cripple the state Government. BN could likely dissolve the state assembly and go for a state "by-election."

On the hand, quarters in PAS is not willing for a "unity Government". It brings back the eerie days of Dato Dr Hassan Ali and Dr Nasharuddin Mat Isa. The Anwarinas controls PAS but the ulamaks is not about to give-in and allow them to dominate.


Strangely, PAS speeches, specifically by Dato Seri Hadi Awang and Husam inferred that PAS does not want to take up the Menteri Besar post. 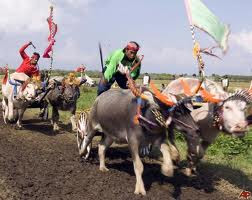 Husam is the Election Director because Besut is practically Kelantan.

It is said that at one time ago, the Kelantan Sultan lost a bet and gave Besut to the Sultan of Terengganu like the story of P Ramlee's Nujum Pak Belalang. The gamble is over cock fighting and not the three riddles as in the movie.

There is an unwritten intention by certain quarters of PAS to use the by-election to raise the profile of their fighting cock. Thus, they are fighting hard despite Pakatan's internal head count predict a loss of 3,000.

Husam, which was revealed by Dato Zaid Ibrahim's twitter to be going after PAS Presidency against Terengganuan Hadi. There maybe a lot of sulking and boycotting in Kuala Besut but PAS is not about to start the culture of sabotaging the party in an election.

Imagine the hurt pride of Terengganu to see a Kelantanis to lead the by-election in the state of PAS President. Bako bako ....!


If BN loses and state assembly dissolve, it could also be a blessing.

UMNO could solve the stubborn problem of Menteri Besar Dato Md Said and end his rivalry against his incumbent Dato Idris Jusoh. Md Said had tickered with the candidate list in the last GE to reinforce his position. He ignored local sentiment and it backfired into a 17:15 win. 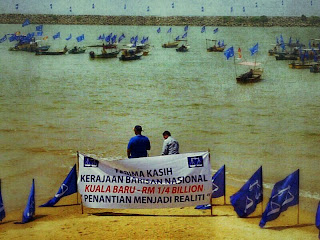 If there is no happening, we are going to spend time in Pulau Perhentian to fast, sembahyang terawih, and campaign, that is. It's been a while.

Wonder what is the fatwa on scuba diving during fasting. If Tabasco and shisha is haram, probably Council of Edith will say it is allowable.

It would be interesting to observe where the odd 1800 or so voters of the Chinese origin will go in this "small erections". majority of 2334 or so from last "big Erections"was garnered by the last winner. The chief DAPster hate monger, the ugly old hag met practically every people of the Chinese origin immediately after nominations day. How he drilled into their skulls about how bad Malays and UMNO were and still is, how oppressed and marginalized these people akin to be like Apartheid, to his own yellow skinned, slit eyes people .
It would be rather easy to observe from the kotak mengundi even its is a secret

Looking at the pictures of them guys on the motorcycle..imagine what an outsider must perceive malaysia as. Looks so 3rd world nation. An imagine the bumis who are in kl who hold top positions and use their husband to cheat the S.C and apply for million loans to rear cows.