Demonstrate at Singapore LTA office too!


Factory bus drivers was heard to hold a demonstration at the Sultan Iskandar Building in Johor Baru this morning.

At the CIQ this morning, two factory bus drivers left their buses and blocked the CIQ in a protest against Malaysia charging "toll" for use of the Eastern Dispersal Link into Singapore. The four years overdue toll charges is being drummed up by DAP as increase in toll by 570%.

After they have practised their democratic rights, which Malaysia is more open to these days, these bus drivers should do the same at the Singapore's Land Transport Authority at the old Kandang Kerbau Hospital at 1 Hempshire Road, Singapore. Block the road with few buses at Singapore's CIQ to see how democratic Singapore is to dissenting views.

After all, Singapore should now be open to dissenting views since Singaporeans fund and participate in demonstrations to sabotage Rapid Pengerang to save their smuggling business. PAP volunteers participated in the Tenang and recently Telok Intan by-elections to support PAS and Malay DAP candidates, respectively. 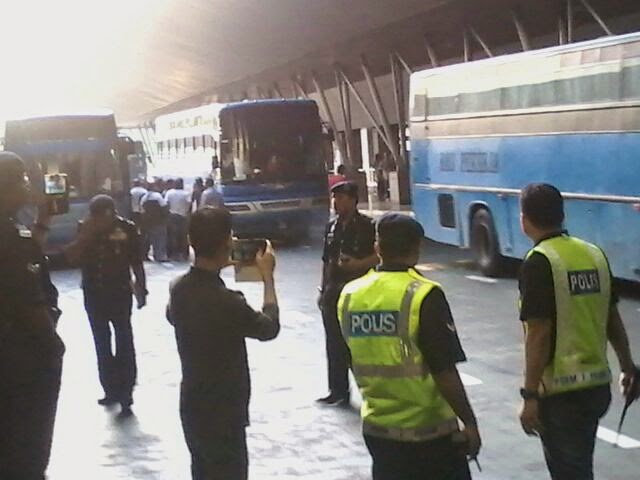 This morning on the first day toll is charged for the EDL highway at the CIQ, two factory buses  jammed up the bus lane to Singapore with a demonstration. This had disrupted other public buses making their way to Singapore.

Sources said the demonstrators demanded that toll charges be reviewed back to the old rates. Otherwise, the same demonstration will occur tomorrow. 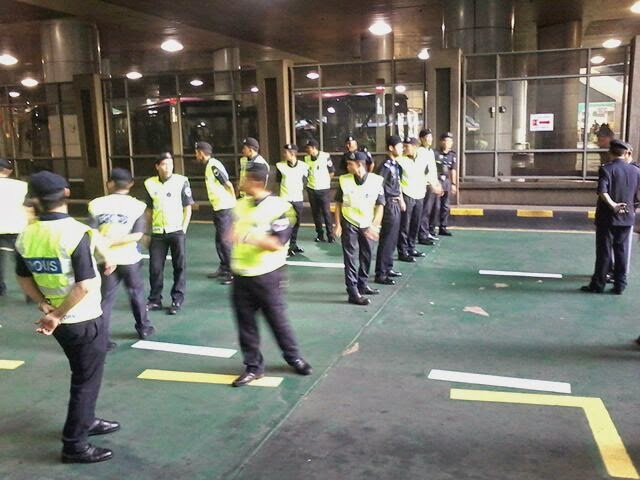 There was negotiation between the leader, one Chandran P. Gopa with the the Pengarah Lembaga Lebuhraya Malaysia Bahagian Selatan, En Mohamed Ridzuan bin Jahidin.

Touch N Go cards of RM10 each for 200-400 pieces was offered and agreed as short term measure. The payment mode for entry use the Touch and Go card and the cards given allows for traffic to flow again.

One eye witness source said there was no demonstration but it was merely staged by two bus drivers who blocked the bus route about a few metres from CIQ tolling. The two drivers then refused to bulge thus jamming up the entry into the CIQ. However it gave the impression of a demonstration.

Hopefully they would be fair and do a similar exercise in Singapore. Do not blame one side and keep quiet on the other involved party. Singapore charges a higher Vehicle Entry Permit than Malaysia. 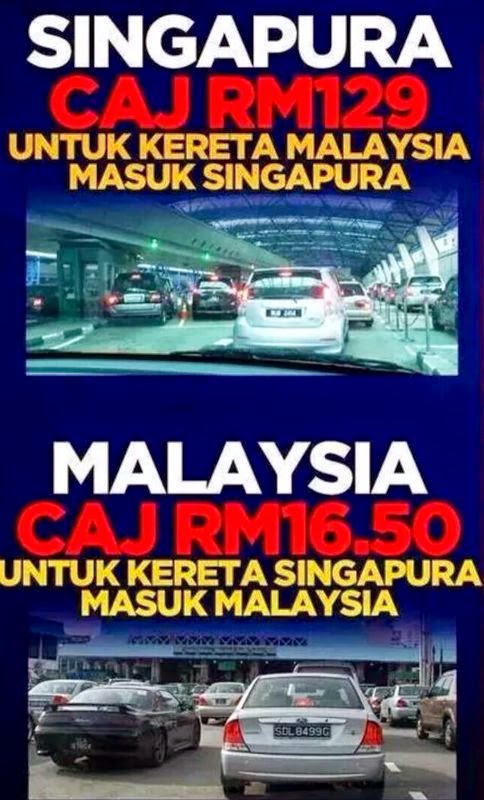 Malaysia had to built infrastructure to solve the traffic problems created by these Singapore registered cars owned by employees of Singapore based employers, who pay income and road taxes to Singapore but enjoys the cheaper urban in Johor Baru at the expense of Johor Baru based residents and employee.

Why should Malaysia spend money and go out of their way to assist even Malaysians to get employment in Singapore?

They should make their demand from their Singapore employee or demonstrate in front of the Singapore authorities which would most likely not give a damn and pass the buck back to Malaysian government.

See if these bus drivers which suspiciously pulled this antic at DAP's request will ever be allowed to return to Singapore should they try to hold such a stunt in Singapore. 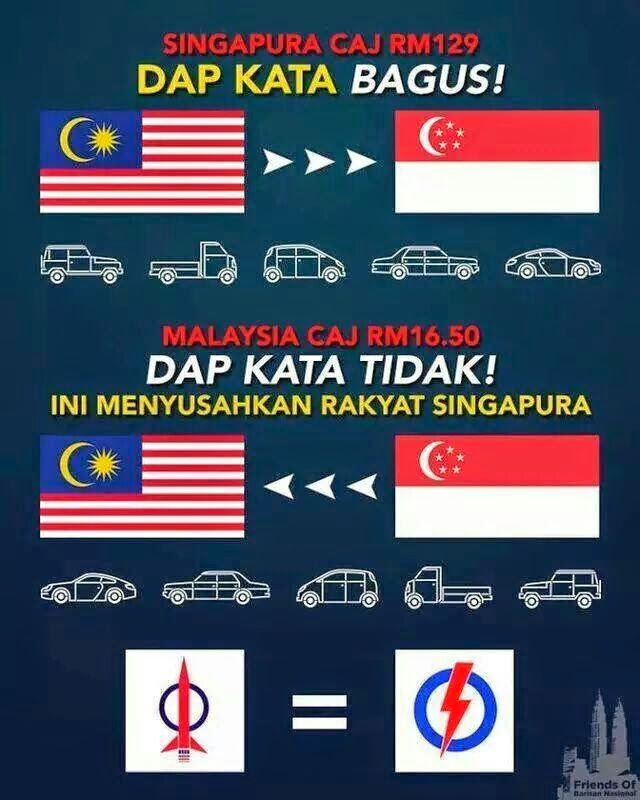 Ask DAP are they more concern for Singapore or for Malaysia's interest? By right they should use their Singapore connection to get the Singaporean authorities to lower VEP and toll rates, better still make it free for DAP sake. Singapore has threaten to increase toll in their part. [Read Channel NewsAsia here]

Not give bodoh excuses like why certain non-Singapore bound EDL users are not paying for use of EDL. Is DAP asking PLUS to charge for use of highway within Ipoh city limits?

Still waiting for DAP government of Penang compensate PLUS and demolish the two promised tolls in Penang.

Anonymous said...
This comment has been removed by a blog administrator.
3:35 PM

Please enforce routine check singapork-rian smuggling subsidised goods on their way back home.
We did it once.now senyap already.
They cannot have a luxury life at the expense of malaysian people and taxes.
Susu,minyak,bawang also gone to them.

I only eat halal food said...
This comment has been removed by a blog administrator.
5:36 PM

Ask Lim Kit Siang and his braggart son LGE, the Pendatang CM of Penang wether they are Singaporean first or Malaysian first?

Anonymous said...
This comment has been removed by a blog administrator.
1:19 PM

Argue your issues without the unnecessary labelling and insults.

It only encourage exchanges of labelling and insults.