Khalid should bare all or bear the consequences 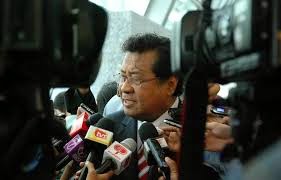 In late March and early April, this blog put up two postings with regard to the questionable land deal with Tropicana.

The first posting, Khalid sold 1,172 acres land for kickback? discussed the deal in which the state sold land to Tropicana for a 20 years repayment with a small deposit but they sold off 25% of the land for a handsome profit and the proceed provided the cashflow to develop the land.

Sheer rent-seeking. However, it is not UMNO, but PKR government looking to be in cohort with a korparat. It raises suspicion that it was a deal to pay off Tan Sri Khalid's RM67 million loan to Bank Islam.

In the second posting, Royal touch to the Tropicana land deal?, a source was saying someone with a royal surname acting for Khalid. This would have made rumour mongers churn slanders that Khalid had paid off someone for his current political fight for survival.

DAP was upset not for the right reason but the wrong reason. 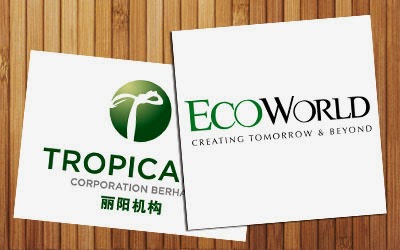 Why is DAP siding with PKR to replace MB Khalid?

In April 2013, a vast swathe of land, covering 1,172 acres – that lies closeto Kota Kemuning, Putra Heights and Bandar Rimbayu with accessibility to four major highways - was sold to Tropicana for RM1.297 billion, payable over a period of 20 years.

Less than ten months later, in Jan 2014, Tropicana sold just 25% of this land (308.72 acres) to Eco World for RM470.67 million cash. Up to that point, the only payment it had made to Permodalan Negeri Selangor Bhd (PNSB) was a deposit of RM50 million.

On hearing this, on March 29, Khalid was fuming mad and requested accelerated payment from Tropicana for the sum of RM844.2 million instead of RM1.3 billion over 20 years.

The sum is yet to be paid.They were able to make this outrageous sale because under the agreement, some smart fool in PNSB decided to transfer the full power of attorney to all the land to the buyer despite only receiving RM50 million out of RM1.3 billion.

Word on the market is that MB Khalid is making it hard for this sale to Eco World toproceed unless Selangor receives full payment.Tropicana is still negotiating with MB Khalid for this but Khalid is insistent on the full amount to be paid first before allowing the transfer.


Tropicana is owned by Danny Tan.

Vincent Tan is also involved in the multi-billion redeveloping of the Penang Turf ClubSo, other than a common big-time property developer friends, why else is DAP concerned with removing Khalid as Selangor MB?

Perhaps this article from more than one year ago before GE13 by RPK regarding this land sale can shed some light. Look for two senior DAP leaders (and one senior PKR leader) that RPK had implicated in his story here:

The names are in the same paragraph as the RM200 million "donation".

By the way, coincidence of coincidence. Both of these two very senior DAP leaders have since been dropped as Selangor EXCO with one not even getting a seat to contest in GE13. I wonder why?

This deal is not gonna be easy to explain for them..

2) Who transferred full ownership of the land to them even though they only paid RM50 million out of RM1.3 billion deposit and hence allowing them to make RM420million cash profit within 10 months.

3) Why did MB Khalid get angry and demanded full payment immediately instead of 20 years - just less than a year after the contract was signed?

With the link between the Tans and the Developers Association of Penang or DAP established, the social media message is inferring that DAP was instructed to get rid of Khalid at the behest of the Tan brothers for trying to cancel the deal.

The suspicion is Khalid will try to clean up his name in the Tropicana deal. If so, then he should start to speak up and stop his stuttering. Quite sure he can strip naked the pretentiously innocent looking DAP leaders like Lim Guan Eng, Teresa Kok, Hannah Yeoh, etc.

Khalid should reveal also the truth on the likes of Ronnie Liu, Ean Yong, etc. This could implicate PAS leaders so indebted to Anwar and DAP like Mat Sabu, Khalid Samad, Dr Rani, etc.

If Khalid does not, then the responsibility on the Tropicana land deal falls on him. Knowing Khalid's tight control on the state coffer and SLCs, major corporate deal  does not surpass him. He cannot claim ignorance or pass the buck to PNSB.
at 8/02/2014 09:11:00 PM

Stupid ordinary DAP members will never believe that their leaders, the braggart LGE in particular, is a corrupt person.

No Wonder UMNO Selangor wants him to Stay on...

They want to milk him even more..