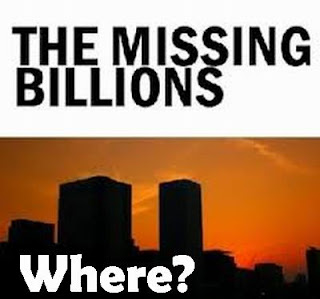 BNM STATEMENT.... THAT'S ALL YOU'VE GOT?

Zombies and Poops are so desperate that they have to resort to amplifying and spinning the words contained in any statement that does not make the AGC and 1MDB appear in good light.

We can easily observe they pretend to be shocked that foreign media is reporting negatively about the country although we know they are the ones collaborating with the foreign media. They trumpet the statement by the Conference of Rulers (which is what the government also wants) even if it’s purely sentiment. And now they wave in our face BNM’s statement that has nothing to do with the (obviously false) allegations against 1MDB.

That’s because they just can't provide proofs on billions missing, money being siphoned out by Jho Low or anyone, the BSI asset being worthless, loan defaults, money laundering, illegal fund transfers etc.

That’s why they have to move the goal posts.

The BNM statement said (CAPS are mine):


"As an investigative authority, the Bank is duty bound to conduct its investigations with the highest professional care and diligence. The Bank at all times expects full and accurate disclosure of information by applicants in considering any application under the ECA. On its part, the Bank concluded that permissions required under the ECA for 1MDB’s investments abroad were obtained based on INACCURATE OR WITHOUT COMPLETE DISCLOSURE of material information relevant to the Bank’s assessment of 1MDB’s applications."

The first thing this proves is that BNM was indeed aware that 1MDB was transferring money out and they indeed did get BNM approval. That is, 1MDB went through the proper regulatory process. If only BNM had told us this much earlier before zombies and poops went into their fitnah frenzy.

It’s interesting that BNM did not explicitly say whether the permissions (given from 2009) were now revoked due to "inaccurate OR without complete disclosure of material information". Notice the conjunction used was “or”, not “and”.

It’s like saying if not maybe this than maybe that. This makes the grounds look quite flimsy but enough for BNM to want to appear “independent”.

At least it’s not as comical as the charge sheet that supposedly former Attorney-General Gani Patail was going to issue even before the completion of MACC’s investigation. (Remember that the “Special Task Force” formed by Gani — but which was not legally constituted — included BNM and MACC and remember that leaked documents also came out of BNM therefore it cannot be discounted that there are also saboteurs in BNM. Looks like this is the best they could come up with).

This is as subjective as it can get:

Someone would be lying — either 1MDB or BNM — if BNM had said the information provided was FALSIFIED but BNM knew they wouldn’t have been able to get away with such an explicit statement. “Inaccurate” or “without complete” information are safer bets (so BNM can get away with semantics) but obviously AGC relies on higher standards of evidence for prosecution.

By the way, in respect of incomplete information, if true, BNM itself can be accused of negligence.

We’re talking about US$1.83 billion so BNM should have kept requesting for information until they were satisfied they had all the information they needed. That’s just my personal opinion based on common sense.

Furthermore the use of the funds were described in 1MDB's audited accounts i.e. there was never been any attempt to hide such information.

" 1MDB has painstakingly provided multiple detailed written and verbal explanations of these facts to BNM between June and end-September 2015."

"1MDB fully acknowledges and respects the authority of BNM to revoke its earlier Permissions and to issue any Direction it deems fit under the Financial Services Act 2013, despite the AGC confirming that no offence was committed by 1MDB officials. 1MDB commits to cooperate and continue engaging with BNM, to address their concerns and seek a viable resolution of this outstanding matter."

Just another PE by poops. This is getting monotonous. Enjoy your weekend.

It is a starter.

It looks to be Tan Sri Zeti slept on her job and to cover her negligence, she resort to do another ringgit-down-blame-1MDB strategy.

As a recipient of neo-con monetarist award for Central Banker of the Year, she is doing an action similar to Anwar-IMF like policy to recall an existing loan. When that happened in 1998-2000, all businesses with loan commitment with Banks go under immediately.

In this case, Zeti's action serve to fail the 1MDB's rationalisation plan and railroad PM's promise to resolve the debt burden within 6 months to cover possible mistake done by her in 2009 to approve and failure to monitor through the years.

Is this not a blame game and sabotage?

Zenda101 said...
This comment has been removed by a blog administrator.
9:49 PM

Anonymous said...
This comment has been removed by a blog administrator.
10:17 PM

Anonymous said...
This comment has been removed by a blog administrator.
11:32 PM

Could it be the reason zeti gets to be central banker of the year despite having no guts.

Anonymous said...
This comment has been removed by a blog administrator.
9:18 AM

Anonymous said...
This comment has been removed by a blog administrator.
10:55 AM

Anonymous said...
This comment has been removed by a blog administrator.
11:02 AM

Anonymous said...
This comment has been removed by a blog administrator.
11:06 AM

Must credit azmi arshad as a CPA despite claim of having a poor english for spm.

He must have said something right because the only thing left to counter azmi is to do character assasination and spew insults.

Why waste time with insults. Hardly affect us and encourages us. And it wont get published.

How is Bank Negara expected to take on the entire forex market?

Does Bank Negara influence the way the rating agencies view the Malaysian economy?