In Malaysia, only Mat Salleh are expert 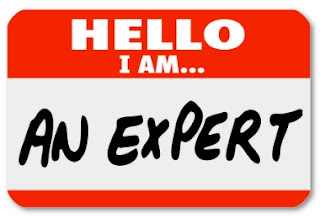 Not intended to be sarcastic to yet another foreigner taken in as CEO of a major Malaysian company. When a major change in the way of doing business is needed, maybe that is what is needed to break out of the social and cultural barriers for change.


Found this piece on Facebook which is a humourous observation of one attitude of Malaysian. We tend to be to lavish with claims of expert that it can be rather embarassing to those being praised as one but know they have not quite reach the level.

It can be appalling to those who appreciate the criteria for anyone to be considered as expert. For one, it needs many number of years.

AN IDIOTS GUIDE ON HOW TO BE AN EXPERT IN MALAYSIA

This is the easiest way to fool Malaysians. Here’s the 3 steps to be an expert in Malaysia :

Then boom, everything he says must be correct. After-all, all Mat Salleh must be smart kan? 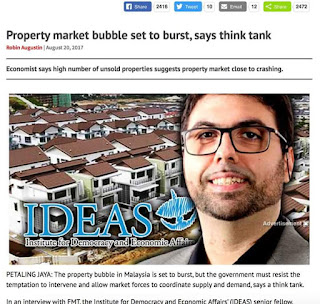 But what kind of expert who doesn't even know that BLR has been changed to BR 2 year ago? And still claims that we are on negative interest rates when we are not? And that property bubble has existed since 10 years ago in pocket areas like KLCC? What kind of expert is this?

In any case, Mr Expert from this biased think-tank, allow me to share my POV :

- The high number of unsold units are due to the fact that private developers launch the wrong product at the wrong price in 2013-2015. I love it when its unsold as the market is trying to teach them a lesson, like pls stop selling million dollar condos and sold shitty stuff at RM700psf.

- Whether its BLR or BR, whats most important is effective rate. But now under the BR mechanism, banks are more freely to decide on their borrowing cost and the spread.

- FYI, interest rates generally gets cheaper over time. Effective interest rate today is cheaper VS compared to during BLR days even after including the spread.

- House prices tends to go in-tandem with the direction of GDP growth and HH income growth (seriously folks, go read Hisham's blog on Malaysia economy if you want to understand economics. At least you know that you'll be learning from a real expert and proper economist).

But then again, what do I know?

I'm just a Bangla-looking-fella running private investment firm who has made a decent living investing in properties in the last 12 years. I'm not part of any ting-tong (pun-intended) and I don't shout anyway when I'm part of one.

So I wont be getting 2400 shares for this kan, because there are many Malaysian who probably thinks, how can a local guy know more or be better than a Mat Salleh? 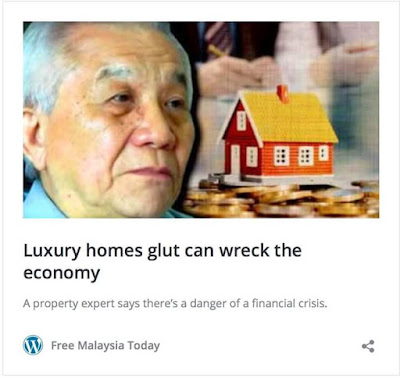 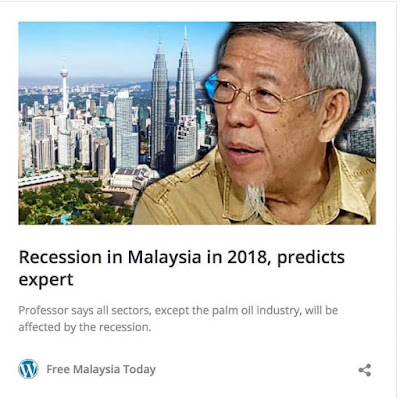 P/S : Why does medias like FREE-MALAYSIA-TODAY or better known as FMT is only interested to get experts doomsayers who just like to point negative stories about Malaysia?

It reminded me of this Mat Salleh we hanged around with at Lan Kwai Fung, Hong Kong on Friday night. The guy is only a trading assistant at one of the securities firm in Central.

In one trip home to KL, we bump into him at Maybank. Dressed immaculately in suits, which is a daily working attire in Hong Kong, he was visiting his broking counterparts in Kuala Lumpur.

He complimented how hospitable Malaysians are.

Back in our mind, we knew it was just Malaysians being overawed with Mat Salleh and not knowing the dude only has an O Level. If he stayed in England, he would be jobless and on the dole. He could only secure a decent job in the then British colony of Hong Kong.

Just notice how different is Malaysian attitude toward Rohingya refugee in Malaysia to the then Bosnian refugee during the Serbian invasion of Bosnia.

Malaysians have to appreciate a person for their true qualities, knowledge and capabilities than their ethnicities, family heritage, and various superficialities. Till then, we will continue to not realise our real potential.
at 9/08/2017 09:30:00 AM

Yes totally agreed. This is at chronic stage in Malaysia esp in GLCs Mat Salleh or Malaysians who act walk and talk in posh english, the one deemed as an expert and will get selected.

That IDEAS is a Neo-Liberal think thank and I despise Neo-Liberals and neoliberalism which has caused misery for many working people in any country where it has been implemented.

The chronic sluggish western economy and world economy since 2008 are all due to neo-liberal policies.

The von-Hayek, Chicago School Neo-Liberalism which was implemented beginning with Thatcher in the UK and Reagan in the US, and then continued under succeeding governments and which became especially prominent after the World Trade Organisation was created in 1994 and the promotion of globalisation; has ultimately resulted in the victory of politicians like Donald Trump, the rise n popularity of Marine Le Pen in France, Hofer in Austria, and it is all because the working class could no longer rely on the Democrat Party in the US, the various social democratic and communist parties in Europe to implement policies which protect and defend their economic survival, so the working class instead turned to the populist right who promised them solutions, albeit based upon the blaming of immigrants, Islamophobia and so forth.

Theres a term for those english guys dat u mentioned.FILTH. fail in london try hong kong

The correct terminology to be an expert is meritocracy and goodiest english. Mat salleh out of trend now. The trend now is having kap lam ya nga wau nun from India goodliest english with twisted point and argument. ����

It is a well known fact that when traders indulge in multiple currencies in the CFD market, they can expect fabulous profits but they can also incur enormous losses. It is therefore necessary for traders to be critically analytical of the changing economic trends before they open their positions. FXB Trading offers updates on real time basis on multiple currencies across the world and equips the traders with analytical tools.