That moment Azmin was out of character ... 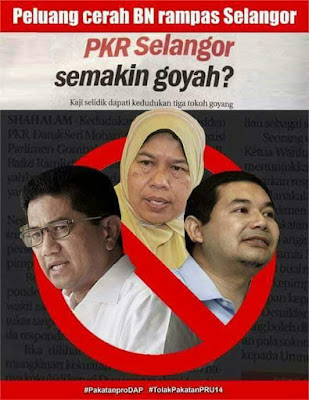 The latest episode on Rafizi and the expose by Dato Rizal Mansor (read here) on INVOKE may lead to more trouble for Rafizi. He has one on GST to the Royal Customs (read FB of Izardy Mbb here) and possibly related party transaction and money laundering (read FB of Salahuddin Hisham here).

For Azmin Ali, as one of the anti-KARTEL members (which include PKR President, Datin Seri Dr Wan Azizah Wan Ismail) against him, Rafizi's fate is sealed. He is facing prison, possible bankruptcy, lost in public confidence, more lawsuits for his lies and slanders, and expect more to come from MACC, Income Tax Dept, etc.

Rafizi's latest trouble relate back to Azmin's release of his female attack dog, Latheefa Koya in which she raised issue on INVOKE and his fund raising exercise to settle possible bankruptcy. It was in reaction to Rafizi open opposition to Azmin's effort to collaborate with PAS. (The episode was written here.)

Trouble was brewing but it was under control for Azmin. Tun Dr Mahathir was on the same side with Rafizi but Azmin could control him. He reminded Tun #Taktau that Anwar is still Ketua Umum and the old man had to divert issue with an attack on PAS.

So when Azmin finally spoke to comment on the raids and probes by MACC, it out of character of him to accuse "harassment and intimidation" against the state was due to jealousy (read FMT here). 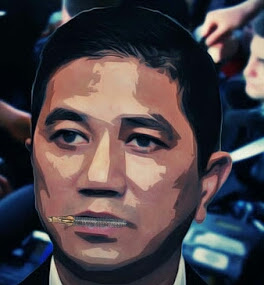 He could do better than that. Why?

Dato Sohaimi Shahadan described Azmin's comment on MACC as "immature". Though it was a momentary lapse of maturity and steadiness, it certainly not in the character of Azmin to lose his cool and utter something not clever.

If it was harassment and intimidation against the state, then the federal govvernment enforcement agency had done the same on the federal government, state government like Johor and federal agencies like FELDA.

SPRM raid is based on reports made and preliminary leads in their investigation.

There were reports made against UNISEL, DEIG, yesterday by Chegu Bard on LBCN, etc. PKR used to make corruption allegation against former PKR MB, Tan Sri Khalid Ibrahim but could not provide proofs and subsequently admitted wrongful allegation.

Rizal Mansor called Selangor state government attitude as hypocrit. At one time, it was Azmin who said they are ready to cooperate and be investigated.

Since Kajang Move, Selangor have not been a unity and harmony government.

Azmin could be in fear of having his secrets revealed and getting caught. He sure was panicking when there were reports made on UNISEL based on the Wikileak-styled portal, Selangor-leak and the subsequent, raid on UNISEL. 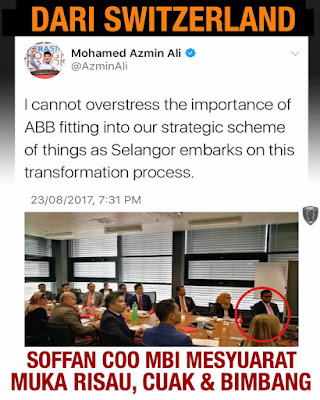 Prior to the jealous comment, MBI COO was seen panicking during their visit of Switzerland. It was during the trip that a group of UMNO Youth from Selangor made a report against DEIG. In the meanwhile, the CEO was away for Haj.

The  DEIG issue was originally raised by YB Budiman but it died off. No other UMNO or BN leaders took it further and word is Budiman was told to shut up. Knowing how slick Azmin could be,  he may have cut a deal with someone high up in UMNO Selangor.

So the Selangor-leaks expose could possibly be coming from the anti-KARTEL, suspiciously Rafizi. The issues picked on would not be the issue UMNO would raise as it could implicate past UMNO leaders. However, it is focused to the current development. 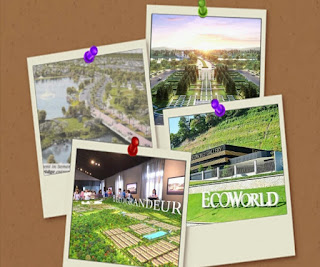 For instance, their current expose on LBCN and Mujur Zaman linked back to the days of  Tan Sri Muhammad Muhammad Taib, Tan Sri Abu Hasan Omar and Dato Seri Khir Toyo. However, the failure of the projects were addressed.

Like UNISEL, it is Azmin that reverse even court decisions.

Azmin reversed the decision and yet instead of doing as originally planned, the lands (ogether with other companies) were sold for RM 1.18 billion to Eco World. And in a JV with EPF, there is a major township development on the land.

Azmin could pull it off politically as saviour to enable the settlers to finally get back their land. He will be popular and could make a villain out of Khalid.

However, there could be more coming. For one, EPF is run by Tan Sri Nor Mohamed Yakcop's boy as CEO. Dato Khairuddin Abu Hassan was a former Director of LBCN and Mujur Zaman. Who in Mahathir's camp was he fronting for?

Azmin was appointed by Mahathir to be Election Director for PH. That is a powerful position and it is also the position which control the funding of PH political operations.

He has issued letter for the candidacy of his KARTEL members and funds disbursed to start political program. All done before PH decided on the candidate list.

Despite talk of Mahathir having reservation of Azmin as choice of PM for having disobeyed him, he is still doing red herrings for Azmin. Mahathir didn't prolong the quarrel when Azmin talked back to remind Mahathir that the Ketua Umum of PH is above Chairman. 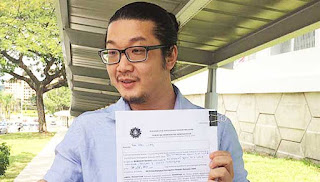 However, Azmin's insecurity could be seen with the defiant stance of Selangor MB's office Strategic Communications Director, Yin Shao Loong against MACC.

Yin gave a stronger tone to Azmin's harrassment line of argument by questioning why MACC should question him for making a statement. He was called in for the UNISEL-Jana Niaga investigation.

He told The Malaysia Insight that "though Selangor welcomed the investigation based on reports lodged against the state government, MACC must carry out the investigations professionally and without being influenced by political pressure".

Yin was combative as he accused MACC of holding him longer than he should be over his Tweets. He spent over 5 hours at MACC.

At times, one may need to put up a brave front to save one self. Yin is the Executive Director of Institut Rakyat. It could be too close for comfort to Azmin, PKR and PH.

The big ticket item suspected to be a source of PKR's political slash fund is SPLASH: 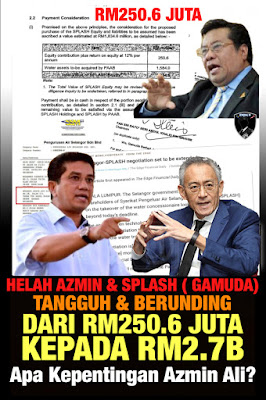 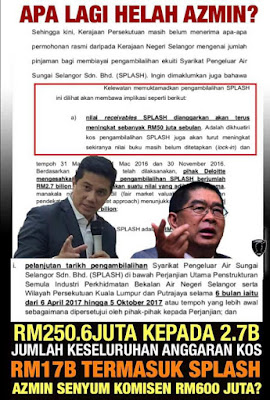 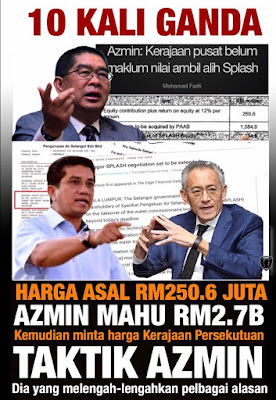 What a businessman do to pursue his business interest is irrelevant. That is unless he is caught giving bribes or kickback. However, Tan Sri Wan Azmi Wan Hamzah is linked to Yin Shao Loong's Institut Rakyat. 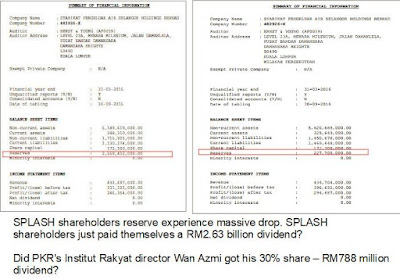 Be it UNISEL, or DEIG and fund raising using all state lands or SPLASH or MBI or LBCN, it could lead to Institut Rakyat.

It could be the reason Azmin was not comfortable to sign the IBR with MACC. 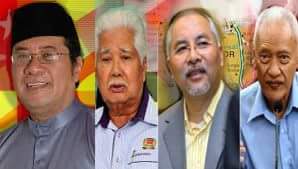 Never mind Mat Taib's return and the duo of Tan Sri Noh Omar and Dato Jamal Yunos. It is not like BN could retake Selangor.

However, it could be nerve wrecking for Azmin to have four ex-Menteri Besars joint forces to topple him. Two of them knows well what is happening inside. And, one will never know what Mahathir may have planned out for boboi.

Really hope MACC can speed up the investigation and make a move on those involved before the GE. At least the people can decide whether they want a tainted politician to continue to rule Selangor or choose a fresh start with BN.