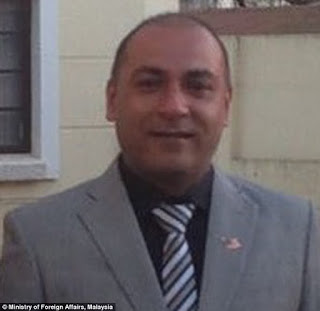 On August 24th recently, the Malaysian honorary council, Housseinaly Zahid Redza to Republic of Madagascar was murdered at the the capital, Antananarivo. Investigation is still being carried.

Wisma Putera was only informed by his wife and a press release issued few days ago.

However, Davis Gibson, the amateur investigator that found debris of the MH370 in Madagascar speculated that the death is linked to the plane crash investigation. Such conspiracy theory attract readers and it received wide coverage from both foreign and local media yesterday.

The reason could be coincidental or relevant, but it is too early to tell.

So is the case with the two civil forfeiture of US DOJ against those alleged to have laundered money from transactions linked but outside of 1MDB jurisdiction.


According to Malaysia Insight report here, it was linked to a business dispute:


Linfo.re, a French news portal based in the French Indian Ocean territory of Reunion Island, reported that Zahid owned an office supplies business in the Malagasy capital of Antananarivo.

Reunion Island was where a wing fragment from MH370 called a flaperon was found in 2015.

The portal said Zahid was shot on the night of August 24 as he was driving through the diplomatic quarter of Antananarivo. His relatives were quoted as saying that the killing was likely over a business dispute.

Wisma Putera was only informed of his death by his wife who was in Kuala Lumpur. A press release was made. 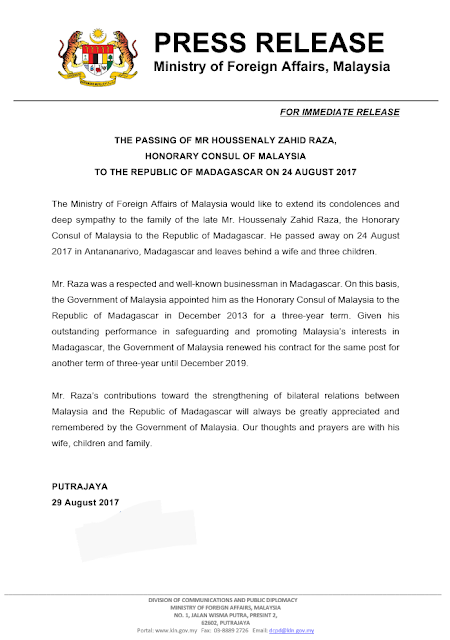 Since the speculation of the link to MH370, DCA also issued a statement; 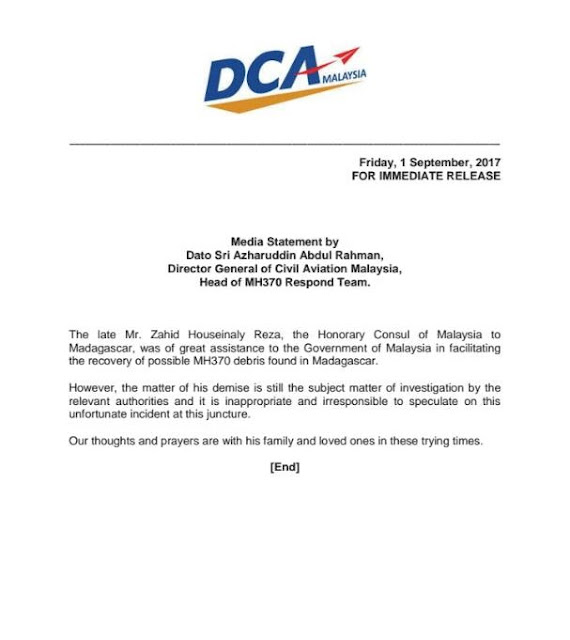 They cautioned against making any speculation for matter still under investigation. 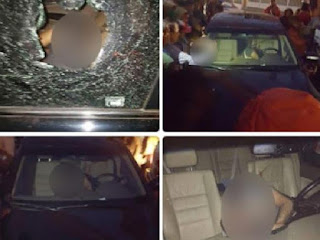 
The French-language news website ZINFOS 974 speculated Mr Raza was killed as payback for his alleged involvement in the 2009 abduction of several residents of Indo-Pakistani descent known collectively as Karens.

“Zahid Raza was the manager of an office supply business, Z & Z Center, in the Malagasy capital. He lived a few years in La Reunion before returning to Madagascar about three years ago to take up the post of consul in Antananarivo,” the article, published the day after the slaying, said.

“In Madagascar, his name is associated with the kidnapping of members of the Karen community in Fianarantsoa in 2009. Suspected of having participated, he is imprisoned in Tsiafahy and then in Antanimora prison. He was able to return to his country freely in December 2010, provoking indignation within the Karen community.”

But Dr Iannello said it appeared Mr Raza had not been convicted of any such crime.

“The association of Mr Raza with the kidnappers has not been confirmed, and could be disinformation,” he said. 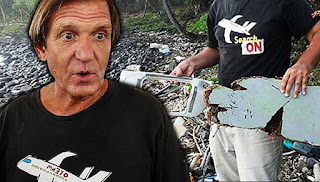 According to the amateur American wreck hunter,  Blaine Gibson, who found debris from MAS's MH370 disappeared plane in Madagascar, the death timing coincided with Zahid supposed receipt from Madagascar authorities and delivery of the debris to Malaysian investigator.

He added on his blog: 'For the protection of those involved we decided not to make this report public until the debris was safely delivered to Malaysia.

'However tragic events have intervened. Under the agreement between the two countries, debris is supposed to be collected by Hon. Zahid Raza, the Honorary Malaysian Consul in Madagascar, and delivered by private courier to Malaysia.


Dr Victor Iannello, who was an original member of the independent group of specialists that helped Australian investigators try to pinpoint MH370’s crash site in the southern Indian Ocean off WA, said Mr Gibson had good reason to be concerned.

“Last December, Reuters reported that Mr Raza assisted Blaine Gibson in transferring the custody of pieces believed to be from MH370 from Madagascar to Malaysia,” Dr Iannello wrote in his blog about the disturbing chain of events.

“At that time, six pieces were transferred. This has raised questions as to whether there was a link between those MH370 parts and Mr Raza’s death.

“What makes a possible link to MH370 even more suspicious is that in the time period surrounding his death, Mr Raza was expected to visit the Malagasy Ministry of Transport, retrieve additional recovered pieces, and deliver those pieces to Malaysia.”

All the media reporting of the MH370 recycled the same news source that the French and Malaysian authorities are "stony silence" on the death of the French Malagasy national Zahid.


It is certainly sensational to assume someone out there intend to see the truth of the disappeared MAS plane not be known. Can someone say with certainty who that someone and the motive to do so?

There is too much public opinion made from presumptions, sweeping statements and quick conclusions than well thought out views. It seldom direct the public towards the truth and open them to manipulation.

Similarity to US DOJ 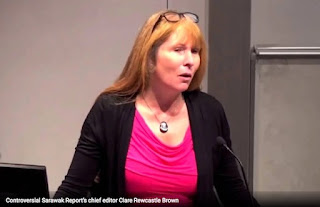 Clare Rewcastle Brown passed her deadline to provide submit proof to the UK court of her allegation that Haji Hadi received RM90 million from 1MDB and Malaysian court is corrupted.

And she ignored to explain her failure to do so by diverting to Dato Najib's middle September Washington trip.

Her latest revelation seemed to not attract Malaysian attention just as her attempt to hyped Jho Loh to be crown witness for DOJ. It is not believable and DOJ would be dumb to let go the prime suspect.

Neither is her attempt to create a hype from email revelation of UAE Ambassador to US. The latest here on FMT.

Raja Petra speculated Tun Dr Mahathir bribed the Clinton Foundation for US$5 million to get DOJ announced the two no-need-evidence civil forfeiture against those involved in the transactions linked to but out of 1MDB jurisdictions to incriminate Dato Najib.


Matthew Schwartz, a partner at Boies Schiller who is representing Red Granite, expands on the opposition in several of the other 1MDB cases.

He writes that no discovery requests have yet been made on the government and that "it is difficult to imagine how any investigation could be harmed by disclosure of the underlying evidence."

Schwartz adds that the government's request is "without precedent" and a violation of his clients' due process rights. He'd prefer to move forward with jurisdictional challenges and the primary defense that his clients are merely downstream recipients of funds and represent an innocent owner of assets. The attorney also notes how the government's investigation has been on the front pages for nearly two years now with the government holding press conferences, issuing press releases and possibly leaking details to the media.

He's not alone in voicing objection.

Taek Jho Loh has gotten bolder too as he was reported by FMT here putting pressure on DOJ by accusing them of delay tactic.

Najib is scheduled to meet Donald Trump in Washington on September 12. Legally conversant  blogger, Gopal Raj Kumar here wrote of talks in Washington that it is to the American "national interest" to drop the 1MDB-linked cases.

It serves to avoid a national embarassment.

Trump, who has fired FBI Director, James Comey and removed Attorney General, Loretta Lynch and Deputy AG, Andrew McCabe, made known his disgust of FBI and DOJ. He attacked them for their close "collaboration" with the Clintons and Comey's unproven allegation of his cooperation with Russians to win the Presidential.

It is not impossible for Trump to use the 1MDB linked cases to further attack FBI and DOJ.


Now that co-conspirator Clare failed to prove herself right, will the public still give trust to the kantoi-ed Sarawak Report, widely believed to have been paid by Tun Dr Mahathir through his corporate agents?