Election is a game of numbers 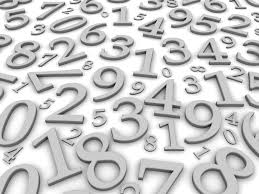 General election is definitely around the corner. One can see flags, banners, and posters being put up. Yesterday, PH put in 1MDB pamphlets in our mailbox.

For past few weeks, we have been getting angry messages from friends or maybe now are friends turned political rival spewing threats and nasty words in their casual political campaigning.

One thing noticeable is their winning tone as though momentum is on their side and they are championing the right issue.

If they are so confident and right, why are they not cool when BNM forex loss, Penang tunnel, Ijok land scam, and the long list of misdeeds of opposition-led state governments were raised.

The immaturity in the manner they debate lies in denial of their own misdeeds. It is unlike inside BN side that could explain with some level of legitimacy any allegations and slanders hurled at government.

Being in-denial and not honestly taking stock of their strength and weakness is a sure fire way to lose.

They need to understand that election is not won purely on their strong belief in the issue they champion.

For every corruption allegation, there are corruptions and misdeeds on their side. More so they are now burdened by having Tun Dr Mahathir with them.

Do not get angry for saying this. It was Dr Chandra Muzaffar that said it. He is not in any so-called “dedak” payroll.

Refusing to admit that and making assumptions to please themselves spells disaster.

Its all about numbers

It means being politically economical by knowing the voter segments and profile like the back of your hands.

Only avsegment of voters appreciate the 1MDB issue. More so, opposition and Tun Dr Mahathir could not put their finger with exactness of any wrongdoing/s of Dato Najib and 1MDB.

No loss was incurred by 1MDB. No money unaccounted for.

Razak Exchange growing prominence as part of KL skyline is an achievement from only RM1 million initial paid-up. High debt and leveraged pared down to within RM30 billion.

Dispute with IPIC found a resolution.

Be it on Jho Loh or whatever issue 1MDB is being implicated without any legitimate basis, money flow to the questionable asset purchased involved legally defendable instruction to pay Aabar BVI.

It was allegedly diverted from thereon elsewhere by parties that is not 1MDB!

Without anything to go on, opposition is heavily dependent on a campaign of lies and perception to mislead the public.

Unless there is court decision to proof otherwise, their allegations have no credibility even if Rothchild owned The Economist and MSNBC lent a hand.

The point is election is not won by one or two issues. Different people are swayed to vote one way or another by different issues or interest.

Insulting the voters by describing BR1M as corruption may not help their campaign. Anger and name calling antics by opposition only lose them credibility and votes. They are seen as unsteady and unstable.

A deception the opposition employed is to create a false impression of confidence.

They use fake surveys as INVOKE do or reverse psychology to lull BN campaign machinery into a sense of victory as BN will win easily in a three-way fight.

It is the favourite approach of PPBM and PKR. The problem with them is they think BN do not have intrll info on what they are up to.

They claim to the public they could takeover government and install Mahathir as PM again. But in private, PPBM is realistically targeting only 20 Parliament seats.

In a PPBM meeting, a source deep within told us Tan Sri Muhyiddin complained he has no idea how to make decisions on seat allocation without reports and stats he used to get as BN election Director.

He knows election is not won on sentiment alone. Only a million or so of voters are hooked to social media political newspin and propaganda.

Significantly more millions looked at politics from real happenings on the ground. The one that can deliver amenities, development and opportunities will get the votes.

UMNO and BN work on numbers and near headcount statistics with focus areas, issues and deliverables.

Unlike casual observors, campaign planners honestly assess both damaging and helpful issues. They are not deceived by their own lies to put it simplistically.

For instance, opposition boasted the Chinese votes are in the bag. No doubt about that and we are not in-denial.

If they continue to think so, opposition too will be lull into complacency. The Chinese ground is moving and though remote, the possibility has its basis. Its something we know and they to find out.

PPBM talk as though they could takeover Kedah. And sometimes pro-UMNO commentator also fell for their propaganda.

Hate to break it to then that it is not as easy as they think it is. They do not have the numbers to gauge. Its merely gut feel and limited sampling.

Think of this. Mahathir does not have confidence in PPBM Langkawi machinery thus not running there. He is not brave enough to return to his old constituency of Kubang Pasu.

He is still exploring Putrajaya. Is Kedah that easy for PPBM?

While Mukhriz is still doing permutations of possible areas to run but he seemed to be half hearted about trying Jerlun Parliament and is looking at Kubang Pasu, Langkawi, Merbok and god knows where else.

Some say he will contest also a non Jerlun seat as in a DUN seat in Jitra.

Father and son might as well run in PJ Utara and Selatan under DAP ticket.

By March 30th, it is almost sure that PPBM will be suspended because they did not do branch meetings before their AGM.

Mahathir wish to have a PH logo to run but Hanif Khatri will lose in court if he sue ROS. PH cannot register without PPBM getting their registration right.

Syed Saddiq said Perak will sure to fall. How many election has Syed Saddiq involve?

Does he even know the names of the Parliament and State seats, let alone the political demography and peculiarity/ies of each area?

Unless UMNO itself shoot their own feet, UMNO and BN have more white seats than DAP. If they are able to do well at the white-grey and grey, opposition could be in for a surprise.

DAP is making a serious onslaught of Johor but do they dare enter the Malay areas?

DAP can talk cock of putting Liew Chew Tong in Ayer Hitam against Wee Ka Siong, but they do not stand a chance in the UMNO solid area.

They will U turn and just focus on their stronghold Chinese area. If the Chinese ground shift a bit, it could be a strategic blunder as the original areas of these YBs could be affected.

The edge lies in candidate

To those political newbies, they need to realise politics is not just about popular issues and sentiment play, but election machinery. The Malay based parties of PH does not have.

This time around public thinks both sides are equally corrupt or corruption lies in individusl weakness. Choice of candidates will be more relevent this time around.

This time around, PPBM and opposition have problems getting right candidates. Almost all Chinese parties have problem getting people to run for election.

Voters could not relate to the candidates being parachuted. There are candidates without roots any where - at the constituency and their own hometown.

One cannot neglect historical background behind candidates, constituencies, etc. Ignoring it could be detrimental and opposition over confident expectation fall flat on their face.

Cheap psyching means nothing. It comes down to the numbers. Winning with 50,000 majority in Seputeh is still only 1 seat for DAP. One need more than 111 seats to change government.

Sabah and Sarawak is a non-starter for opposition. Without it, they are severely handicapped to even dream of changing government purely on sentiment play.

Any alleged scandal pales in comparison with the intrigue of any one of Mahathir's long list of financial scandals. And he want to correct the wrong?

Well, something will come loose somehow. May not be anything big but small things here and there. A loose brick maybe?