Despite two articles in a row, could not resist to continue to write on the uCustoms investigation.
No new information so as to not disrupt the on-going investigation by MACC. Its merely to put the information already out there in perspective.
When this blog wrote in September 2013, it was tipped-off from sources (note the plurality) within the IT industry. It was written after the bid was over, thus it was not for commercial interest but primarily out of public interest.
The revelation motivated a question during a Parliament session in November.  Unfortunately, the prepared answer for the Minister was a lie and half truth. The bid was suspiciously rigged.
And a commentator also alerted that there was no proof of concept for the off the shelf Microclear system adopted. Something not right was happening. This blog has since not lost sight of this issue.
Brilliance Infomation Sdn Bhd (Brinfo) seemed to be an influential and highly connected group to be given certain treatment from media and government agencies. According to the Auditor General report, the agencies concerned were to loose and generous with time extension.
So who is behind Brinfo?
Biggest scam? 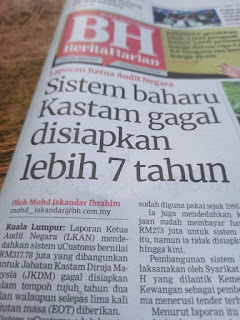 The uCustoms project could potentially be the biggest IT project scam ever in Malaysian history.
Next to Inland Revenue, the Royal Malaysian Customs Department is the second largest revenue earner for government. It made RMCD the honeypot for corruption and syndicates. It is no surprise that a big contract could attract unsavory business practices.
Since billions are collected monthly, the cost overrun and perpetual delay seemed to be taken likely by RMCD, MAMPU and MOF. Its been 7 years since 2014, the year the project commenced, but it is not completed.
The project was awarded at RM317.8 million, but despite overly late or non-delivery, the price was  adjusted to RM397.4 million, and RM273 million was already paid out.
During the bid, AG report claimed it was awarded without any feasibility study. To quote from Star Online:

The report added that a feasibility study was not conducted prior to the development of the uCustoms system and said there were shortcomings in the payment process, where 13 payment vouchers amounting to RM64.89mil could not be confirmed because the complete documents were not attached.

It said that the selection of suppliers did not take into account the evaluation and report prepared by the Technical Evaluation Committee.
"The Prime Minister's Office did not prepare, update and save project management files in both softcopy and hardcopy centrally. There was a high turnover rate among senior officers of the uCustoms supplier team,” said the report.
"Six contracts were signed late between 58 and up to 204 days," it added.
According to the report, the total development of the uCustoms system involved four supplier contracts and three PMO contracts amounting to RM397.43mil.
Of the total, RM390.01mil was for system development contracts while RM7.42mil was the cost for the PMO contracts and as of Dec 31, 2020, the Customs Department has made payments amounting to RM272.99mil(68.7%).

Media covering up?
Media is not helping to promote public awareness on the deep implication of this scam.
The coverage given is merely reporting official statements. The not so convincing response by HR, Corporate and Finance Director was given coverage. The Star highlighted the insignificant reporting error, below:

This clarification was made by the National Audit Department to The Star on Wednesday (Oct 6), in reference to an online report quoting the project’s vendor, Brilliance Information Sdn Bhd, as saying that the A-G's 2019 report had claimed only 27% of the project had been completed.
The uCustoms system was a project introduced by the Customs Department to replace an older information system that had been in place since 1995.
In its statement Wednesday, the National Audit Department noted that audit findings, stated in the A-G’s 2019 report (Series 2), had found that the uCustoms system’s physical development as of July 26, 2020 was at 91.9%, compared to the scheduled 96%.
“The National Audit Department only reported that the overall physical development progress of the uCustoms system as of July 26, 2020 was at 91.9%, and not 27.2% as stated by the company’s director in the article,” the department said.

This is assisting Brinfo to do another spin to the RM200 million collected.
It hardly makes any significance whether the physical development is 91.9% or 96% completed, the problem is the ubiquitous system could not deliver the promised "fingertips, anytime anywhere, any device" promised.
According to sources within industry, system was not communicating
Who behind?

The suspicion is corrupt civil servants are behind it. MACC will need to investigate at the company level, and related agencies of RMCD, MAMPU under PM Department and Ministry of Finance.

Brinfo provides the least of information on the company, shareholders and directors on its website. 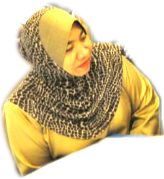 Back in September 2013, this blog revealed that shareholders and Directors of Brinfo was Asmar Haiza binti Ishak and Salehodin Majid.

Asmar is the HR, Corporate and Finance Director that denied the system is not completed and claimed to collected the miniscule RM200 million after 7 years.

Who is the bold and gutsy lady? Where did she get that 'confidence and combatant' character?

Who is her family, particularly her father Ishak? 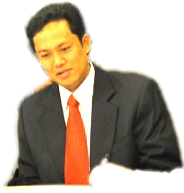 While, Salehodin is the CEO that was remanded by MACC last week.

Judging by the contracts and projects completed in their website here, Brinfo have built themselves a good position in the government sector.

A source formerly in government claimed whenever Brinfo turns up in any bid for government projects, other Bumiputera IT bidders would pull put. It takes more than ability and capacity to beat them in a tender game.

Not sure if it verify and still relevant today, but one name mentioned back then:

The link man for Brilliance with Ministry of Finance or their Chief Lobbyist is a retired Deputy Director General of Public Service Department (or TKPPA) by the name of Dato' A. Wahab bin Mulajat.

Other than doing lobby work for big projects for big companies, this Dato is CEO Wafada Technic & Consult Sdn Bhd. Check out the Directors and client here.

He also supplies X Ray scanner and it's maintenance to Customs.

Brinfo was established in 1996. At the time they won the uCustom bid, the company:

"... had a revenue of RM21.3 million and PAT of RM9,438 for year ending March 2012. With a big project in hand, no increase financial capacity from previous project and only paid up capital of RM2 million, Brilliance does not have the means."

It was then believed that they were supported and linked to one Dato Mohd Jimmy Wong bin Abdullah who is a member of the Board of Director of MYEG.com.

Admittedly, Brinfo is not an investee company of MyEg Capital and it could be dispelled as purely hearsay. If MyEg is behind Brinfo, Singaporeans have dominated Malaysian government's key system!

Will punitive actions be sufficient for the breach of security that was allowed?