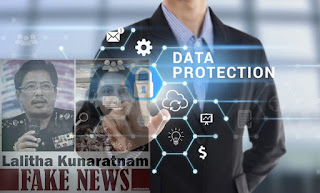 Not only is C4's Lalitha Kunaratnam being sued for RM10 million by Chief Commissioner, Tan Sri Azam Baki, she has inadvertently breached the Personal Data Protection Act 2010.
She put up a bold front to statements by Azam Baki that he planned to sue her and C4 for defamation. Challenging him with the macho words, "Bring it on!" and claimed she has more to reveal in court. Does she?
Another question is can she?
In her exposes in the Independent News Services dated December 15 - Business Ties Among MACC Leadership: How Deep Does It Go? Part 1 and Part 2, she may have disclosed information deemed to have breached the PDPA.
PWC Malaysia portal have summarised the penalty for non-compliance is between RM300,000 to RM500,000 and/or between 1 to 3 years imprisonment.
"On 15 November 2013, the Personal Data Protection Act 2010 (PDPA) came into force in Malaysia with the objective of protecting the personal data of individuals with respect to commercial transactions."
According to a source, there were personal information revealed that is not only not privy to the public, but it is not even accessible online to law enforcement agencies.
Speaking to a resourceful expert on Capital Market, the detailed information revealed in her writings could only be sourced from three parties - Company Registrar or insider within Bursa Malaysia or Securities Commission.
Azam Baki, who claimed to have authorised his trading and CDS for use by his brother as beneficial owner, is not a substantial shareholder for Bursa to announce officially. The expert believed the Registrar would not likely leaked the information as it is traceable. 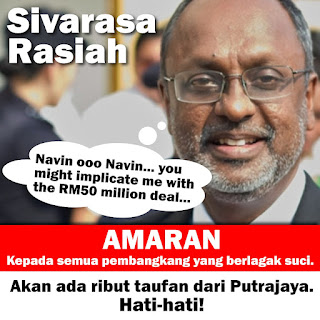 This could only mean insiders from within Bursa or SC, in which it is an open secret that the two outfits are laden with DAP and PH supporting staff infilterated under Dato Najib's administration and hired through the 22 months of PH rule. Lim Kit Siang had a prominent role to prop up the issue against Azam Baki.
The motive speculated is to destroy MACC's reputation and the credibility of the Investigating Officer due to be witnesses for several corruption cases involving DAP leaders and Lim family, particularly the on-going Penang tunnel case.
Since star witness, Dato Zarul parting words in December 2021 of Lim Guan Eng asking 10% of profit, it had left a politically damaging impact. DAP was devastated by poor showings at both the Malacca and Sarawak State Elections. 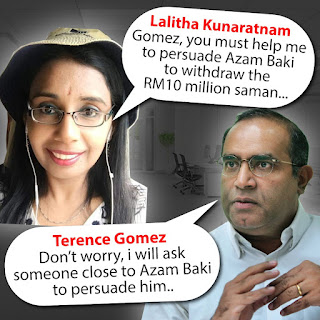 The timing of the wild accusation against Azam Baki was made immediately after Parliament announced its next session for January 20th. One can expect a fiery Parliament. They have two months to create a public circus and raise public angerr prior to Zarul's scheduled appearance on March 24 or 25th.
To counter Azam Baki's lawsuit, it is being drummed up Lalitha is a whistleblower thus should be given protection from legal defamation suit by the Witness Protection Act.
International Islamic University law lecturer, Prof Dr Nik Ahmad Kamal Nik Mahmood refute their claim to say the protection does not extend to those who have made public disclosures. There are nine criteria to be fulfilled to receive the protection.
According to blogger Raja Petra Kamaruddin, its hardly about press freedom, but hidden agenda.
Case management has been set for February 15th, and one can expect a gag order from the court. The court appearance is another opportunity for DAP to keep harping and keep the momentum against MACC going.
Lalitha should just prepare for her case. If a report is made against her under PDPA, Manjit Singh Dillon faces the prospect of two front attack by having more cases to defend. Their fake news report will be curbed and any plan to reveal more so-claimed damaging information be limited. 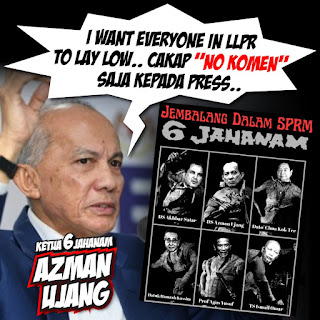 As FBer Salahuddin Hisham headlined in his status yesterday evening, Azam Called Lalitha's Bluff.
He went on to explain that the claim of infringements of Section 25 and 29 of Securities Industry Act (Central Depository System) by PH supporters and Azam Baki's detractors are not accurate.
The no proxy allowed claim based on a transaction involving NexNews Berhad many years ago is not clear cut. There are exceptions, exemptions and other legal factors to be considered.
According to Prof Khoo Chye Li, there are 12 factors to dispel the unfair and vicious Social Media attack against Azam Baki and the anti-corruption institution.
Lalitha is up against a wall and reliably informed sources claim she seek Prof Edmund Gomez help to persuade Azam Baki to retract. It is heard that after the meeting of the gang of six, alleged conspirator leader and DAP friendly, Tan Sri Azman Ujang instructed his co-conspirator to stand down and keep  silence.

Roses are red, Violets are blue
Situation's a dread, Pitiful you

If you friend with Singapore then you don't need enemy.. Lupakan Singapura tinggalkan Singapura.