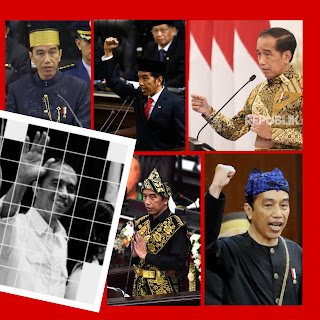 For quite a while, this blogger have been reading up, researching and contemplating on the subject of nation-building.
The term is interchangeably used with state building; the process of creation, consolidation, stabilisation and sustainable development of states.
Often than not, local government-linked media used the nation-building term to describe state capacity building in acquisition of technologies, mobilisation of resources, and allocation of resources to productive and welfare enhancing sectors. (Refer in here on UN Research Institute for Social Development).
Malaysia is in the back of our mind. More so, the need for nation rebuilding after the disasterous decision by voters to ouster BN.
Coupled with the devastation from the Covid-19 pandemic, it resulted in massive cost on the local economy and continued political instability. Despite having the third PM within this term, an analyst viewed him as only good till GE15.
The discouraging view and developments from Indonesia got us distracted.
For one, mainstream and social media is inundated by positive and encouraging policy and economic news from "seberang". Secondly, Indonesia is leading effort to "confront" China on 9-dash line and Spratly Island.
The increase international status of Indonesia vis-a-vis Malaysia can be seen from the action of Cambodian PM Hun Sen, Chairman of ASEAN to complain to Jokowi on the verbal diplomatic misbehaviour of Malaysia's Foreign Minister recently.
Together with the announcement of a grandiose Nusantara for their new capital at Palangkaraya, Kalimantan, it made us curious to explore on Indonesia beyond reviewing President Jokowi Widodo (read one on  Council for Foreign Relation here) and his reform agenda (One from CSIS here) but to its nation-building process.
In the heart of it is Pancasila, the state ideology, put together earlier than our Rukunegara, which the Indonesian emphasis is to promote diversity, democrasy, and nationalism.
The state constitution safeguard religious freedom and diversity, thus their more liberal and diverse approaches in the practise of Islam.
Nevertheless, there are occurence of incidences years ago which caught foreign media attention. And, the end of the political career and incidence surrounding Jokowi's potential "running mate", Ah Hok is another significant event. 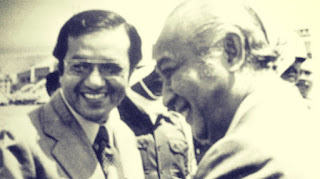 The rebuilding of Indonesia by Jokowi after its devastation under the corrupt Suharto regime came after few Presidents.
A similar occurence to Malaysia, albeit at a fast forward mode with Mahathir regime as the common denominator. Unfortunately, he reappeared as 7th Prime Minister briefly to speed up the devastation.
Coming back to subject of nation-building or rebuilding, the predominant Malays of Malaysia, and Javanese, Minangkabau, Malays and Indonesian ethnicities are considered as "bangsa serumpun".
However, division of territories between the colonial English and Dutch led to a different nation-building foundation.
An extract from an academic paper published by IDEAS entitled "Unity in Diversity? Ethnicity, Migration, and Nation Building in Indonesia" provide the base to explore the foundation of Indonesia's  nation-building process: 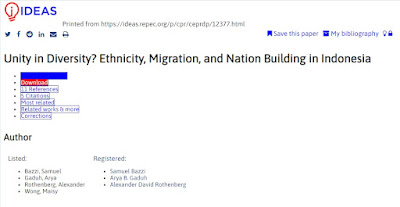 
The pdf version of the full paper with the footnotes, charts and tables is available on Boston University website here.


Since the paper was a study on Transmigration, it is relevant to know the conclusion of the study. A mass transmigration of people will happen as soon as the greenfield new capital of Indonesia in East Kalimantan is completely ready by 2024. 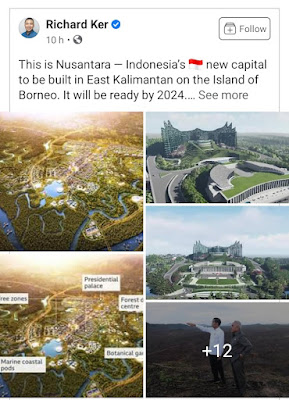 8 Discussion
We used a large-scale population resettlement program in Indonesia to identify the impact of diversity on nation building. Our findings suggest that the program caused a large increase in local diversity, which led to a change in preferences for intermarriage and the use of the national language at home. Exploiting rich policy-induced variation in diversity across nearly 900 newly established communities, we show how key socialization decisions change as relative group sizes vary. Mixing leads to a weaker attachment to own-group identity and greater adoption of the national identity. The availability of a neutral national language helps to bridge intergroup cleavages amidst the sharp demographic changes associated with this episode of mass immigration, even as majority groups moved into minority regions.

Our findings provide some of the first evidence that the Transmigration program—once the world’s largest resettlement scheme—had positive impacts on interethnic relations. In addition to greater mixing in the marriage market and use of the national language, exposure to the program also led to increased tolerance for other ethnic groups both as neighbors and as leaders. While our findings seemingly contradict longstanding views of the program among activists and social scientists, the results are consistent with a recent reappraisal of the program by Barter and Cotˆ e´ (2015) who argue that the state-sponsored Transmigration communities were not associated with the salient conflicts between Inner and Outer Islanders that erupted in the late 1990s. Their extensive fieldwork and revisionist account complement our results and provide a strong counterpoint to claims that the program was a quintessential example of how state-sponsored migration can stoke “sons of the soil” conflict.
Beyond Indonesia, the greater interethnic integration that we identify is important given that recent work by Ashraf and Galor (2013) and Alesina et al. (2016a) documents potential economic benefits of diversity that may go unrealized if sociocultural concerns preclude efforts to foster greater diversity (Borjas, 2016). Indeed, our findings suggest that the link between (longstanding) ethnic diversity and conflict (see Esteban et al., 2012) may be amenable to policy. Our findings underscore the importance of a shared national identity to unite diverse groups and a common national language that can coordinate and connect multiple groups. Important avenues for future research include studies of other aspects of nation building policies. Should governments promote the use of a national language used by the majority group or a national language that is more neutral? Also, what are the implications for other outcomes such as voting, civic capital, and public good provision?
From a policy perspective, the changes in marriage and language use that we observe have important implications for nation building given the social spillovers across generations. It is precisely the sort of intergenerational multipliers that we saw in the IFLS results in Section 4.2 that can help sustain high levels of local diversity over time. Although small, these mixed communities may in turn matter for aggregate policy outcomes in light of recent work linking ethnic segregation to adverse political and economic outcomes even after accounting for differences in diversity at higher levels of aggregation. Moreover, even though the early settlers in Transmigration communities constituted a relatively small share of Indonesia’s population, it is possible that their impacts on subsequent social and cultural development in these formerly frontier areas were quite sizable in the long-run. 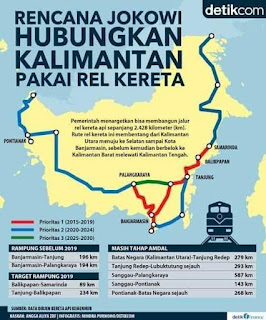 Resettlement programs are already found in many countries, and they are growing in importance globally as climate change, infrastructure development, and conflict continue to displace millions (see Bazzi et al., 2016, for a discussion). Our findings may offer guidance on the potential conditions in which ethnic diversity, as influenced by resettlement programs, can be harnessed for improved social outcomes. Important directions for future research include further investigation on the role of spatial segregation of settlers, the relative sizes of migrants and natives, the role of language in accelerating integration, and the importance of ethnic (in)equality in access to resources. 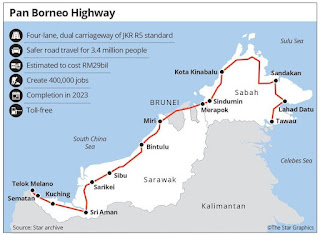 Since economic implication was touched in passing at the end of the paper, it is worth noting that the Malaysian-side of the Pan Borneo highway is supposed to be completed in 2023 and compliment development in Kalimantan.
The unpromoted original plan by Dato Najib included development in the energy sector for gas pipeline link and electricity export to Kalimantan. Post-phonement, political witch hunting and contract cancellation and review in the last three years may have delayed its scheduled completion.
The Trans Borneo Highway to link the interior of Sabah, Sarawak, Brunei and Kalimantan will be completed in 10 years time, said then Works Minister Baru Bian in January 2020.
In a private audience with Tun Pehin Seri Abdul Taib Mahmud in his last years as Chief Minister, he envisioned SCORE will need Engineers that could be more than West Malaysia could produce.
It could mean transmigration from West Malaysia to East Malaysia too.
Before that to happen, Malaysia, specifically West Malaysia, need to untangle its current messy political, economic and social situation.
Need to put in place a national leadership with the clear mind, honesty and integrity to first rid of the past bad habits of corruption and abuse of power linked to political funding and civil service abuses.
Sabah and Sarawak could play a role to impose their political will by forcing on their counterpart for political stability in West Malaysia in order to benefit from the Nusantara gold rush.
Secondly and subsequently, the leadership need to lead and appoint qualified, and competent administrators and technocrats with the honesty and integrity to start with.
Both Indonesia has started doing. However, it is not within sight yet in Malaysia. Only hope it will happen.
In the meanwhile, Malaysia is neither the destination for FDI and foreign labours. Malaysian professionals, including Malays are migrating abroad for employment in the hordes, including to Indonesia. Within 10 to 15 years, Malaysian labours could be kuli (labourer) in Indonesia.
A reverse to what happened in the past and happening in significantly declined number today.
at 1/26/2022 10:01:00 AM