These are words used by young people to describe the world today. 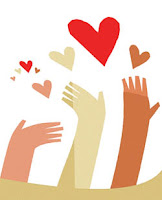 From Latin America across to Africa, Asia and Australia, young people should be looking forward to a future filled with hope and excitement. Instead, in so many parts of the world, they are inheriting a pall of fear and dread.

To help them find a path through the confusion, five non-governmental organisations based in Malaysia and the US have initiated a gathering of 50 young people to map out a future - a future where human beings can coexist in peace and mutual respect .

The conference, from June 17 to 20, 2007, offers a good representation of global youth between the ages of 20 and 25, who are from Sub-Saharan Africa, Central Asia, the Middle East, Latin America, Australia , New Zealand , South Asia, North-East Asia , ASEAN countries and Malaysia .

Called the Inter-Civilization Youth Engagement Programme, the 3 days will provide youth with the opportunity to know each other directly and to engage on a one-to-one basis.

Discussions will revolve around the following topics: Obstacles to Peace and Peaceful Coexistence; The Role of Religion in the Life of a Civilization, Youth and the Future and Building a Universal Civilization of Peace.

The five NGOs responsible for this gathering are the Inter-Religious Engagement Project 21 (lEP21), the World Council of Muslins for Inter-Faith Relations (WCMIR), the International Movement for a Just World (JUST), the Muslim Youth Movement of Malaysia (ABIM) and the World Assembly of Muslim Youth (WAMY).

The meeting, which will include visits to different houses of worship, will be held at the Residence Hotel, KM 7, Jalan Kajang-Puchong, Kajang, Selangor (See map for directions)