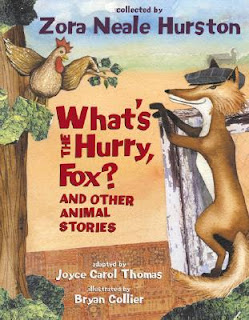 He said the second and third reading of the Bill would be held in this meeting to end by December 18th.

Thats awfully fast for a last ditch of legacy after an endless 5 years string of failures? Can something done so fast and in such breakneck speed by Abdullah produce something useful? Its not in the past, but will it be this time? Perhaps so, for his legacy sake.

In the corridors of Parliament, it is said that these bills will sail through with a cooperative opposition. Will that mean opposition will support and ruling coalition may be split?

Matters of interest to the opposition will always be claimed as serving their interest of the nation. But it does not necessarily serve the nation's interest and may lead to chaos and anarchy.

Does it serve the political interest of the ruling coalition? Does it mean giving concessions to opposition for something in return? It could mean Abdullah is more interersted in serving the opposition's interest than his own party and coalition?

Hadi endorsed Pak Lah to continue his term few days ago. Curious isn't it? Why would PAS want him around when they have been clobebring him for the last 5 years?

It should add more curiosity as to what is the fine print on the Bill? Naturally, it will do no harm to his children and in-laws.

By December 18th, it will be all over. Reminded me how fast he pushed WPI through. Sure, it is a real sellout!

He told the House that the second and third reading of both the bills would also be held in this meeting would end on Dec 18.

Earlier, Lim Kit Siang (DAP - Ipoh Timur) stood up to ask whether Prime Minister would be present to table the Malaysia Anti Corruption Commission Bill for second and third reading which also include winding up of the bill.

"This will give his personal attention to the bill," he said.

Abdullan then proceeded to table the Judicial Appointment Commission Bill.

have a look at the most idiotic bill ever produced..i hope parliment rejects it wholesale

Without the prosecutory power its going to be meaningless as vetting by AGP ,thus PM ,would still maintain the status quo of current corruption climate amongst the ruling clans.
I heard that Tan Sri Hassan Merican was not informed of multibillion dollar signing with Iran on recent PM visit.He was taken by surprise at the speed of things going while PM was on recent trip to Central Asia.
The ACA should backdate the investigation to include this I hope