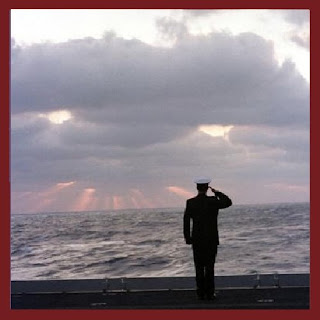 IJN's doctors are committed to serve it in its current form and don't want privatisation to be seen as response to demand for better pay/STAR ... 19-Dec-2008 15:17:47

Whose bright idea was this originally? Akramsyah and one Anak Johor comentator believe its Tun Musa Hitam, Chairman of Sime Darby revenge on IJN founder. When will you quit and go away, Musa?

The statement from IJN medical consultants taken from Sime Darby Watch blog below:

We read with concern the perceived perception that the medical staff of IJN are demanding higher pay and will leave IJN if these demands are not met.

We feel it is important that these negative perceptions are correctly put into context.

The institution was set up in 1992 as a corporate body directly under the purview of Ministry of Finance. Its board of Directors include representatives from Ministry of Health and MOF to ensure its direction and objectives of providing good quality and affordable medical care to Malaysians from all walks of life are adhered to.

In that respect, IJN has done and continue to do well, both in maintaining its moral as well as financial obligations. The institution has been self-sustaining since its inception (and has been able to pay year end bonuses annually without fail). For 2007and up to end Nov 2008, we have accumulated 285,764 number of outpatients, performed 15,084 cardiac catheterization interventions including angiograms and angioplasties, 6,094 heart and lung surgeries, 7 mechanical hearts and heart and lung transplants surgeries.

As true with any organization of our size, there will be people leaving the organization at various times in order to pursue different career paths. Over the last 7 years of operation, out of a total of 35 consultants, only 7 have left IJN to work either in local or overseas private centres. Therefore, our consultants' annual attrition rate is only 3%, and we have responded consistently over time to promote our home grown talents to fill up the voids accordingly. Currently, 75% of IJN consultants have been in their posts for more than 10 years.

All of us are salaried based on a different payscale than that of the MOH though not at par with the private centres. Periodic review of salary scale is usually undertaken, subject to approval from Ministry of Finance.

As proven from our consultants' attrition rate and longevity in serving this institution, it is logical to surmise that on the whole we are happy with the current scheme and proving it by remaining with IJN. Many of us have served than 10 years, excluding time spent within the MOH Hospitals prior to setting up of IJN.

Being responsible employees of IJN, we are not in the position to dictate the outcome of the privatization proposal from Sime Darby to the stakeholders of IJN. However, the perception that the privatization proposal is in response to demands for higher remunerations by its medical staff is misconceived and must be corrected accordingly to safeguard and preserve the trust placed upon us by our patients.

Is his heart is BLACK as his name?

My opinions on the Year End Sale of IJN!

I wonder that he have any loyalty to this country?

Thank you to the IJN doctors.

But we are dealing with thieves here. Lies, cheat and deceits are their SOP. Defer is different from reject. It may mean until after K Terengganu election?

Or is this one of the reason why Pak Lah need to stay till March?

So, what are you Pak Lah? May be its not all your fault but heck,

Thank goodness the Cabinet responded to the rakyat's widespread odium at the Sime Darby privatisation proposal.

I also want to thank you for the Robert Reich blog on your list. I've permanently borrowed the link for my blog page. :D

U noticed a familiar name missing?