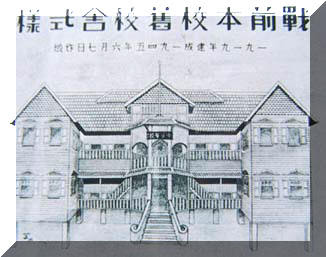 In the midst of the relentless attack on Malay polity via rhetorical criticism on Ketuanan Melayu, Social Contract, Bangsa Malaysia, and Article 153, most UMNO leaders have taken a defensive stance to stem any potential outflow of votes from the bombardment of negative perceptions.

Khairy is not defensive but apologetic. He has gone down to state, "I’m committed to multiculturalism, multiracialism" without deeply understanding the meaning and ramification. Dr Khir's stance is unclear but he is a political pragmatist and rooted. [Update] Blogger Nobisha highlighted his similar stance indirectly expressed in a 2007 idea he promoted.

In the same stroke, he challenged the Chinese and Indian to abolish vernacular school.

This 'bomb' strikes right deep into their territory. The non Malays have been recklessly mixing their multicultural and multiracialism rhetorics with their skewed preposition of Bangsa Malaysia.

Non Malays have commonly argued that Malaysia must be united by a single Bangsa Malaysia, usually wrongly translated to mean of kaum or race instead of nation.

They echo the same complain as all Malaysians that Malaysians are segregated by their race.

Since the stern voices of the royalty, these parties have somewhat tone down from their open confrontation till over the weekend and acknowledge the 'Social Contract' clauses, including Article 152 and 153. Still missing is their acknowledgement of Islam as the Religion of the Federation.

This challenge is essentially a checkmate. It emulates the saying "offence is the best defense."

Chinese schools have always been one of the mainstay of MCA's struggle. Gerakan and DAP have always mantain a tacit agreement to keep mum on the subject.

Where national school provide the opportunity to socialise between the races, vernacular schools is a major factor for segregation by race and language from the early age.

Malaysians are not only segregated by race in schools, workplace, occupation, living areas, religion, and economic activities. To see the country transform into a United Malaysian Nation, these differences and disparities have to be removed through a natural process.

The first simple and basic step for the different races to socialise is to do so at an early age. Only through social interaction could prejudice be reduced and enhanced interracial understadning that could lead to future cooperations.

The Government showed the willingness to compromise. They created the idea of Vision Schools where different language-base education is maintain in the same school compund but other activities are done together.

This was vehemently opposed by the Chinese educationist like Dong Jiao Zhong. MCA showed no political will to tone them down. They are indirectly insisting the different races in schools stay disunited and indirectly perpetuating this segregationist education system.

Historically, vernacular schools are essentially schools for children for migrants workers and is meant to equipped their children on their return to their home country.

Upon conferment of citizenship and permanently residing in Malaysia, there is no more reason to have a foreign education system.

Vernacular schools were maintained after Independence for only a promised specific period of time. The post-1969 National Operation Council was supposed to abolish it but was persuaded by MCA and MIC to gave another 10 years extension.

It is believed there was an amendment in the Education Act that removed a certain power of Government. This is a safety net much sought after by the Dong Jiao Zhong. Further liberalision in International Schools is moving away from the same purpose of education and creating elistist schools.

It's time we build that United Malaysian Nation or in Malay, Bangsa Malaysia. It's time we have a unified education system and close down the vernacular schools.

Mukhriz: Scrap vernacular schools, one system for all

KUALA LUMPUR: Umno Youth chief aspirant Datuk Mukhriz Mahathir has called on the Government to abolish the vernacular school system as a means to enhance unity among people of various races.

He said a single school system was the only way to check the racial polarisation that was getting out of control in the country.

“The government should consider introducing only one school system with Bahasa Malaysia as the medium of instruction, except for Science and Mathematics which are already being taught in English.

“Of course, pupils should then be given the option to study their mother tongues. Under this system, the Malays will also have the option of studying other languages like Mandarin and Tamil and this will further boost unity among them,” he told reporters at Parliament House on Monday.

The Umno Youth exco member said it was time for Malaysia to do away with the dual school system, which was practised by only a handful of countries in the world, as it had contributed to the problem of disunity in the country.

He said over 99% of countries in the world practised a single school system.

He expressed hope that leaders of Barisan Nasional component parties would not take his suggestion in a negative light as it was only meant as a suggestion to resolve, once and for all, the problem of racial polarisation affecting the citizenry.

“If they reject this suggestion, then they should explain why they are against it. How is it possible for them on one hand to talk about unity and question Malay rights, while on the other hand still insist on having a different school system for their race?

He also urged all parties to stop harping on issues that could create tension among Barisan component parties, including on the issue of Ketuanan Melayu or Malay supremacy.

Lately, he said, there were many statements made by leaders of component parties that had the potential to create anger among the Malays and Umno members.

“If they insist on making statements on that issue, then do not be surprised if the Malays start talking about the economic supremacy of the non-Malays.

“Despite all that has been said on the issue of Malay supremacy, the Malays do not feel in any way superior or the master when it comes to the country’s economy,” he said.

I would have supported this call 10 years ago. But India and China are two big markets that will bring enormous profit. Thus, I would like to think of studying Mandarin and Tamil as more of an economic reason now. You cannot do business if you cannot speak their tongue. When you are smaller than them, it is logically you speak their tongue than they speak your tongue.

If Mukhriz is serious about bangsa Malaysia, then the first step is to disband UMNO, MIC and MCA. Outlaw race party. This is leading by example.

The simplest way is to not collect any race data in government forms. Will he propose that?

Do we need another extension?

Why are we arguing over who is Supreme..MAlay or Chinese..More importantly, we should talk about remedies, transparency , meritrocracy and the country. ultimately, it is the rich and the powerful that reign supreme..the man in the street just want their bread , butter and shelter...
Calling for abolishment of the vernacular school could be seditious..

salam, what was proposed by mukriz should not just be rethoric but should be the case for the country to move forward. Then perhaps there will be better understanding between races. In the same breath, the level of teaching or perhaps the quality of the trainers should be improved. As kadir jasin have observed, the standard of rural education and urban education must be improved.

all non-malay imported programmes to be dubbed into malay

The chinese are in real hurry to bring in as many issues as possible before Najib takes over. And then game over for them. It's good that it's true...fact of Najib going to carry on Mahathir's agenda.
What is wrong with that?? You can scheme and the Malays cannot? sorry my friend when Najib is at the helm he will bring most Malays to UMNO and once again at least another decade of BN's rule.

Cheer up,it's not as if the non-bumis got not enough to eat??

Good arguement there by Mukhriz

Do read my take on this issue.
Regards
http://balankumarpremakumaran.blogspot.com/

Malays should NOT be too apologethic. The Malays have been taken for granted for their kindness. The Chinese are quick to say Mukhriz is being seditious when he ask the Chinese to abolish their vernacular schools. But its democracy when they question Malays Constitutional Rights. The Chinese are hard pressind to abolish NEP. NEP with only 30% equity for the Malays?

Heck! Lets teach these Chinese to be only fair. Lets upgrade the NEP target to 60% equity for the Malays, depicting the actual composistions of Malaysia's population.

At the same time all religion & race-based quotas & treatment in government, economy, law, and yes... education must be eliminated.

Because whats the point of educating all of Malaysia's young under one school-type... when some of them will be told they don't qualify for this & that, because they're from "that race"?

According to the constiutution, the government is not obliged to fund for schools which its orginal establishment is for migrant children to get home country education education to prepare for them when they return.

The constitution only provide for in public educational facilities.

MRSM/Uitm come under Article 153 and as some argued DEB. DEB is temporary but why wud vernacular school be temporary?

MRSM and Uitm establsh under MARA act. An act which was passed in parliament which malay votes alone will not pass.

Where does vernacular school come under?

WHat purpose does it provide for Malaysia in nation building?

Where is your consistency talking abt united malaysian but you defend vernacular schools!!!!!!!

^ I stand by my statement, and can you point out where exactly I defended the "J"-type schools?

All I said is you can't really build unity among the young ones by abolishing vernacular education systems, while ignoring the race-preferential institutions that excludes the non-Bumi future generations & treats them as lower-class citizens.

Now to add...does this also apply the other way round? You can say yes...

Speaking of consistency, the Muhkriz-supporters were all talking about a single educational system in the name of 'national unity' and 'integration'... then now they try to make legal exemptions for mono-racial & mono-religious institutions like the SAR, MARA, etc.

We have move on on the issue.

Wonder when will you ever stop doing this turning table excuses and counter arguments.

Start learning history and constitution to know how things are placed.

Start putting something in the table for a way forward?

You are still in yr immigrant mindset and pre-1950 time warp.