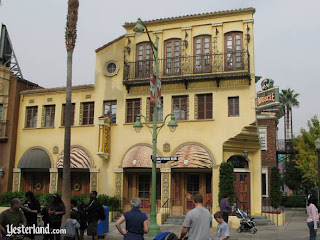 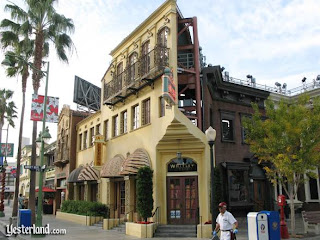 Pakatan Rakyat’s fiasco of going to court is a political façade and not to seek legal redress.

In all disputes, the deeming inference is the first person to go to court has the benefit of the public perceiving him to be righteous and the party sued is the wrongdoer.

The true meaning behind the suit is to portray to the people that Pakatan has a good case and the Sultan has acted unlawfully. The lawsuit will keep the dissent burning and the subsisting strong emotions will help Pakatan gain public sympathy especially at a time when there are two by- elections approaching.

When the majority moves from one political party to another, the credible response for any leader of the adversely affected party is to take responsibility.

Menteri Besars and ADUNs hold public office pursuant to a fiduciary duty owed to the people. That duty must be discharged with a very high standard of care.

Unfortunately, instead of understanding and analysing the problems and offering solutions, the outgoing Mentri Besar and his Pakatan Rakyat contributed to the snowballing of a negative, unhealthy and misinformed debate among the rakyat.

The diversity of opinion on the blogs are tilted towards blaming the monarch without substance and facts.

Have the dissenting Rakyat forgotten that in Kedah, Perlis, Penang, Selangor and Terengganu, the rulers and the Penang governor had exercised their rights under the constitution to appoint the menteris besar and chief minister on their own judgment without being dictated by the ruling government.

When the Sultan of Perlis stood firm to express the rakyat’s dissatisfaction by choosing Mat Isa Sabu as the MB despite the Prime Minister’s public support for the incumbent Shahidan Kassim, the PM or the ruling government did not commence a legal suit against the MB or the Sultan.

Similarly in Terengganu, the new MB Ahmad Said was fully endorsed by the ruler against the recommendation of the PM who was again supporting the incumbent Idris Jusoh.

The decisions of the respective rulers of state indicate our monarch have placed themselves above, partisan politics. They have redefined their roles as that of helping to uphold justice, maintain peace and resolve conflicts between contending parties, in much the same way as judges serve society.

In the Perak crisis, the Sultan, who is no stranger to interpretation and rule of law, acted in accordance with the State constitution.

Article 16 (2)(a) states, “His Highness shall first appoint as Mentri besar to preside over the Executive Council a member of the Legislative assembly who in his judgment is likely to command the confidence of the majority of the members of the assembly,”.

Article 16(4) states, “In appointing a Mentri Besar, His Highness may, in his discretion, dispense with any provisions in the Constitution of the State restricting his choice of a Mentri Besar, if in his opinion it is necessary to do so in order to comply with the provisions of this article.”

The dissenting voice of the Rakyat is accusing the Sultan, the former Lord President and an eminent judge, as having erred in Law. Based on the relevant articles of the constitution as above, where did the Sultan err in law?

It was the MB who after realizing he lost the confidence of the majority of the members of the Legislative assembly due to the cross overs, approached the Sultan to act pursuant to Article 16(6). At this material point, the Sultan had to make a decision i.e whether to dissolve or not to dissolve the State Assembly.

The first limb in Article 16(6) “unless at his request His Highness dissolves the Legislative assembly” where the word “unless’ gives the Ruler absolute discretion to decide whether to or not to dissolve the Legislative Assembly.

The Sultan after listening to both parties and the four representatives who pledged support to BN decided not to dissolve the assembly.

Upon deciding not to dissolve, the Sultan had to decide on the new Executive Council pursuant to Article 16(2)(a) which expressly states the Sultan chooses MB who in His Highness judgment is likely to command the confidence of the majority of the members of the assembly. That is exactly what the Sultan of Perak did.

Why didn’t Nizar resign graciously rather than creating a crisis and now further seeking judicial review on the decision of the Sultan.

We must be careful to distinguish between fact, law and fiction, and between what is authentic and façade. Nizar’s refusal to accept the sultan’s decision and pakatan’s play up of the situation ignite passions, fuel debates and stir hatred among the people towards the monarch, a reality that Pakatan Rakyat grooved.

It is natural for defections to brew crisis. But it is unethical for the unhappy group to create myths or narrow interpretations of fact and experience to capitalize on the crisis especially in trying to conceal embarrassment over deceit by their very own party representatives.

Representing realities or ‘imaginings’ of injustice by Pakatan Rakyat are mere lubricants to increase the unnecessary friction and conflict in our multi racial society.
at 2/16/2009 09:00:00 PM

ITS ALL DRAMA TO GAIN SYMPATHY....PEOPLE SHOULD KNOW ABOUT THIS BRO....

Well done Bro for a legal point of view.

What people want now from BN is a multinational domination.

A total restructuring is lacking in MIC bro.

Do something bro before MIC becomes the late Titanic.