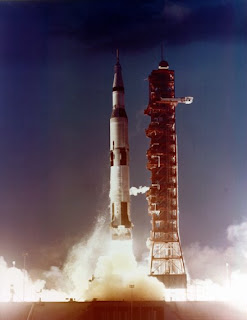 DAP had started doing some damage control and turning the hopping of its Assemblyman for Jelapang, Hee Yit Foong.

It was reported yesterday in The Star of party workers doing a signature campaign at the Jelapang market to demand the resignation of former DAP turned Independent Assemblyman for Jelapang, Hee Yit Foong.

She is being rubbished on the blog and by opposition politicians to have left DAP for the frivolous reason of being denied the official Camry car in her capacity as Deputy Speaker of the Dewan Undangan Negeri.

There maybe some truth on the car but the denial of her official car was merely the spark that ignite the room already filled with fuel gas. There is a major exposion in the Rocket party, DAP. Few days earlier, cilipadi DAP MP for Batu Gajah Fong Po Kuan in not so many words said DAP have to stop living in-denial and faceup to address internal problems beseiging the party in Perak.

The similar feature of bickering by certain quarters of Perak Malays (UMNO and partly PAS members) towards the previous Perak Government and issues within Perak DAP lies in the same person. It is the cousin duo and relatives to Chin Peng, former exco and Assemblymen Nger and Nga. Fong and Hee have been widely known to have issues with the duo.

Karpal went on to demand Anwar to resign as Leader of PR and that he should taubat. Wonder what Karpal meant for Anwar to seek taubat?

He also criticised the father and Son Lim for denying him as Chairman the support and giving in to Anwar in the hudud issue. He revealed that he had earlier sought for DAP to withdraw from PR following the steadfast position of PAS on hudud law.

The Sun report on Fong Po Kuan statement below:

IPOH (Feb 5, 2009) : While accusing fingers are being pointed at DAP assemblyman for Jelapang Hee Yit Foong for deserting the party, DAP MP for Batu Gajah Fong Po Kuan(pix) says Hee's departure underlines the need for the party's central as well as state leadership to take a serious view of its internal conflicts.

She told Sin Chew Daily on Wednesday the party must deal with the internal problems of Perak DAP head-on, understand what has gone wrong and look for solutions.

Three-term Fong, dupped cili padi because of her fiery style, dropped a bombshell on the party before the general election last year with her announcement that she was not going to defend her Batu Gajah seat, but changed her mind after much persuasion from the party top leadership.

She told the daily that Perak DAP's internal problems were not taken seriously before the March 8 elections, and neither were they resolved after the elections, allowing members' discontent against party leaders to brew.

Fong said this was the reason she did not contest any post in the state in the last party elections.

It was also learnt that Hee quit the party mainly because she deemed the appointment of state exco members not transparent and because she could not get along with Perak DAP state chief and senior executive councillor, Datuk Ngeh Koo Ham, and his cousin Nga Kor Ming, who is DAP state secretary and a state exco member.

Hee, who is deputy state assembly speaker, had said the state exco should have a Chinese woman and that Ngeh and Nga, who are both lawyers, were best suited for the posts of speaker and deputy speaker respectively.

"Hee Yit Foong has been unhappy since. Her resignation from the party shows that the internal conflicts are coming to a boil," said Fong.

Nger and Nga have been holding a tight grip on Perak DAP, dominance on the previous Perak Government, and made puppets of former MB Nizar. Words within the business community in Perak is that they have lined the pockets of contractors, loggers and crony businessmen with projects, contracts and concessions.

(Update) Here is a Nga making a denial below:

On the accusation made by BN-friendly independent state assemblywoman Hee Yit Foong that DAP had tried to squeeze her out of the party, Perak DAP secretary Nga Kor Ming said she had been distorting the facts.

Nga said during an interview with Sin Chew Daily on Satuday that DAP not only had groomed her from a largely unknown person into a state assemblywoman, but had also made her the first female deputy speaker in the country's history.

"She's real greedy. All the people in her hometown know about this, and they have openly condemned her.

"How could she say she didn't feel any pressure from the people?"

Nga said he had nothing to say if Hee insisted that she was not wrong, did not feel remorseful or ashamed of her own acts and felt that her conscience was clear.

The Star report on Karpal Singh press conference at his Georgetown, Penang office below:

Karpal asks Anwar to step down

The Bukit Gelugor MP is blaming Anwar for “creating trouble,” and said that the former deputy prime minister “needed to repent without further betraying the people and their trust.”

He said Pakatan Rakyat needed another leader, a good leader, and lashed out at PKR and DAP leaders who had fallen sway to Anwar’s rhetoric in supporting crossovers of elected representatives.

“I am not getting the support from my own party leaders, neither party adviser Lim Kit Siang nor secretary-general Lim Guan Eng, on the party-hopping issue.

“It seems that they are supporting Anwar instead of me. I am the party chairman, don’t push me too far as I still have the support of the rank and file,’’ he told a press conference at his office near here Sunday.

“I can’t fight the DAP cause alone. What I am saying is the truth, and eventually the truth prevails. I have said before that DAP should seriously consider getting out of the coalition and I repeat my stand once again today.

“Party-hopping can never be justified as it can be compared with one murdering the very parents who were responsible for one’s birth merely upon one reaching adulthood,’’ he added.

He said he was confounded by how Anwar could have openly espoused and encouraged crossovers after the people gave a resounding mandate to the Pakatan Rakyat during the last elections.

He noted that Deputy Prime Minister Datuk Seri Najib Tun Razak had said that it was Anwar who started it all (party-hopping), but added that two wrongs could never make a right.

“For the record Barisan Nasional had accepted crossovers from DAP as far back as 1969, and therefore it is hypocritical for the Deputy Prime Minister to place the blame on Anwar, who in fact joined Barisan in 1981 and rose from the ranks to become the Prime Minister-in-waiting just before his expulsion from the party in 1998.

“I only hope he (Anwar) did not learn of the morality or rather immorality of political kangaroos hopping from the opposition to Barisan during the time he was in government.

“In the public interest, and in particular in the interest of Pakatan Rakyat, Anwar has a lot to answer for in creating the woes of the coalition now,’’ he added.

On the police reports lodged against him by George Town Penang Umno Youth leaders for questioning the rights of the Malay Rulers, Karpal Singh he warned those who have made these reports of the consequences of lodging false reports.

“I am warning them of the consequences ... . Enough is enough, if they want trouble then they have come to the right place,” he said in a firm tone.

Karpal said there was nothing illegal or unlawful in what he had stated in relation to the Sultan of Perak being subject to the due process of law, and that he can be sued in court for dismissing the Pakatan Rakyat state government in his official capacity.

“It has been in my view and I reiterate that view that the Sultan of Perak had acted ‘ultra vires’ to the provisions of Article 16(6) of the Perak Constitution,’’ he added.

Anwar is widely credited with knitting the different parties in Pakatan -- PKR, DAP and PAS -- into the coherent opposition that swept five states from under Barisan Nasional’s feet in the 12th general election last March.

Barisan was also denied a two-thirds majority in Parliament.

However, he spent much of his efforts after that attempting to engineer a massive defection of 31 Members of Parliament (MPs) from Barisan to the opposition, promising a Federal Government takeover by Sept 16 last year.

When that mass defection did not take place, he asked his supporters to be patient, saying it would come.

In the meantime, Anwar had become an MP after his wife and PKR president Datin Seri Dr Wan Azizah Ismail her seat in Permatang Pauh. This paved the way for the former deputy prime minister’s return to parliament after his triumph in the ensuing by-election.

He then became the official Opposition leader.

This led to Barisan and Pakatan both holding 28 seats each in the state legislative assembly.

While the three declared they would remain independent, they also swore allegiance to Barisan, which led to Sultan Azlan Shah declaring Barisan the legitimate state government and declining Pakatan’s call to dissolve the state assembly and hold fresh elections.

PKR last year had proposed restoring some of the legal immunities to the royal families.

In the light of this development and for the existence of a credible opposition, PR should consider to review the political leadership, ideology and character of Anwar Ibrahim. He is not the suitable and appropriate person to lead PR.

Anwar is talented; blessed with the oratory skill, and quick wit and a genius in political manouvring. But beyond his rhetorics and politics, his ability to govern this country with a clear vision is seriously suspect. His competency and effectiveness as Minister under Dr Mahathir's Government is questionable and has yet to be proven.

Anwar is a walking encyclopaedia of inconsistencies, and lack any sense of ethics and responsibility in his politics which was marred with theatrics and drama. It is strongly believed that the party hopping was his manouvre to allay the possibility of returning to Sungai Buloh for the latest sodomy charge.

Words amongst the law enforcement are his case is as good as "signed, sealed and delivered." His only tactic left is to buy time to delay trial till after the next Genereal Election. By maintaining the current momentum of PR, many believed he hoped to save himself through winning the next General Election and form the next Government.

This ex-convict was imprisoned for power abuse and did some time for sodomy before acquited in a review by the Federal Court. This raised suspicion that Abdullah had arranged for Anwar's release. Khairy personally delivered Anwar his passport to travel to Munich for his back operation.

It is speculated that part of the deal is for the court to still confirm the sodomy act happened. Sources believed that the two male judges that favoured his release are his MCKK mates.

Uhhh how fun it is to see old people clawing at each other..