Agree with KJ but not his language 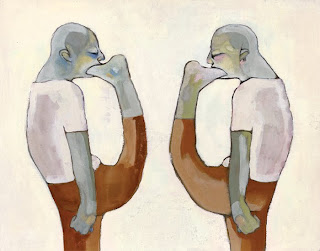 The cabinet decided yesterday that students will not be allowed to get involved in political parties.

Malaysiakini sent out an SMS alert of Khairy's response:

11/8: Khairy Jamaluddin describes the cabinet decision not to allow student involvement in party politics as 'gutless' and outdated./MKINI

Although Khairy's position has in it political backward bending, this blogger do not agree too with the cabinet decision.

Unless he is spinned by Malaysiakini, although this blogger felt it is unlikely given the appearance of close rapport between M'kini and Khairy, he could have used many other words to describe his disagreement. But why?

Is it because it is not Dato Najib that is chairing the cabinet meeting? If Najib was chairing it, would Khairy - the most hard up member in UMNO history next to Anwar Ibrahim to want a cabinet position - used the same words?

While UMNO is struggling to get it's act together, Khairy and the Pemuda UMNO he led is inactive and ineffective for the past two years. That did not stop Khairy from subversively compiling data and names to plan his re-election as Ketua Pemuda? Yes, it is all a lie.

In fact, the suddenly vocal Khairy is just a political act. He is trying to right position himself. He is trying out alliances with MCA and taking potshot at Ibrahim Ali and Perkasa, knowing a survey showed Perkasa has 70% of Malay approval.

By hitting at Muhyiddin, Khairy is assisting either his alliance Zahid Hamidi or 'mentor' Hishamuddin or baba Tun Dol's preference Ali Rastam.

Although his position on student participation in politics is within his political philosophy, the once keris kissing political binatang does not do something without any political consideration.

It has something to do with his attempt to tinker with the new makeup of Pemuda to preserve himself perpetaully tehre till teh time is right to moveon. The Ketua Pemuda has the power to approve new membership into Pemuda UMNO.

Khairy is likely to want the future members or if not leaders in Pemuda, are the type who are pro-liberalisation, believer in open free market, and embrace globalisation but unfortunately are also corruptible and hypocrit Melayu Liberal.

He wants those like him and his Tingkat 4 boys. Even if most of them are not working in MNCs but kerja Gomen in GLCs. And even if they talk of Melayu berdikari without tongkat but still rely on Govenment help like securing oil-for-food, Government contracts, jobs in Government GLCs and gangling their Bumiputera status.

No more the nationalism monkeys from local University UIA like Reezal Merican. Not only will Reezal not have any more place in Pemuda UMNO, Khairy is moving to run in Kepala Batas to replace Tun Dol. His Gombau constituents hates him and he may fall there. And Reezal ... akan nganga.

For this blogger to agree with Khairy on students involvement in party politics, it has more to do with the Constitution.

Every Malaysian have the right to vote by the time they reach 21. This means a student who reached the age of 21 can vote and must be accorded his or her rights under the Constitution including the right to join associations, political parties etc.

Some one with the right to vote also has the right to run for public office. To run for Member of Parliament or State Assembleymen, it would need to be a member of a political party.

One can also run as an Independent candidate. But the point here is a student, who has reach the age is constitutionally accorded his political rights, is denied his constitutional rights by a law specific for governing University students. Hope students dare to take the issue to court.

Imagine a 21 year old who quit secondary school and work i.e. uneducated but is allowed to join some political party. His good luck got him to hold position and run for a public office.

How much quality can he provide to Malaysian politics vis-a-vis the University student?

The argument to enact the AUKU or the University Act then was that students are wasting their time with politics. Resources invested in the students are wasted if they neglect their studies and fail due to student politics or partisan politics.

Perhaps back in the early 70s, that argument holds water. Malaysia was a growing nation and Bumiputera were far behind. Malay students in University were needed to help Government's development drive. They are wasted resources if their ability is only used for politics. 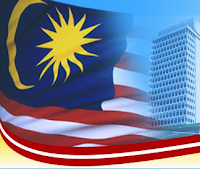 It is timely for Government to change it's attitude on politics and student activism. By holding back on student political involvement, we are depriving the nation of future generations of mature voters.

Political education is as much important as academia, leadership training, motivational courses and life experiances.

It helps to create a less emotional, less sentimentally driven and more rationale political environment. For Malays, they would not be lost to an unbalanced consideration to forsake their interest.

By depriving students involvement in politics in the past, it had actually create an indifferent segment of Malaysian.

A large segment of Malaysian with tertiary education and professionals are not registered voters and have an indifferent attitude towards politics, public issues and nation building.

Although the number need verification, this bloger believe that a significant portion of these Malaysian developed their political consciousness in their middle age and even later in life, near retirement age.

When they decided to participate, it is rather ractionary. They take a cynical and conspirational view of politics from their life experiance dealing with Government bureaucrasy and politicians.

There are those who continue with their couldn't care less attitude. Among them are those corruptible and driven by narrow sense of interest.

While there are those building up defense system and strange taboos like Dr Mahathir, Lim Kit Siang, Nik Aziz and Anwar Ibrahim are saint and human without flaws that can't be questioned.

Instead of politics about policies, and reassessing performance and analysing future plans, our political mindset are stuck in third world personality adoration and feudel blind loyalty.

This blogger believe that the current heavy play on politics of perception is a long term backfire to the Government's past nanny policy on it's students.

It is time to stop worrying about the young being idealitic and anti establishment, they will grow up.

The young brings the idealism and innocence of youth to the world. What is wrong in having the injection of a new spirit of politics from our youth?

It is something the nation and political party, particularly UMNO badly need, in order to reinvigorate itself.

If the young is ever relied on to bring about change, why not let them start early?

What is important for the young is in their quest to be feisty but yet polite, agressive but yet proper, and persistent but yet with decorum.

I'm a big fan of your blog...but this is the first time that i'm against on the thing that you wrote..
"But the dice would work such that the University student will have a better chance of understanding and articulating his role."

I think this is just hypothetically formulated by you (since there is no facts and figures to support your statement)...politic is not just about books, exams and all..politics is about human relations, and iman..

PAS always boast of their "post-graduates" politicians and thus, they tend to be duped by those rhetorical islamist vision that they've created just to gain power.

few questions needed to be answer
1)is there any problem for students not taking part into politics?

2) what is the benefits for the students to enter politics??if they were to be a committee in a party, would they be needed to sacrifice a lot of time there??
will this help their study?


while i see no problem to the country and to the students if student are NOT to enter politics..
(sorry for the bad english)

KJ has to stand for the students. he shud have mind his language because his words might put him in an awkward situation later, unless he did that to get attention from the party leaders...

Anyway, the government should seriously look into abolishing AUKU and free the students to be politically involved, for better or worse.

You are right. Your arguments do make a lot of sense.

At first I thought the government may have good reasons for their stand. The authorities may have worried that students can be too emotional and immature - like you know, fueled by testosterone and surging hormones. Political debate often gets quite emotional and can ignite anger, and so the argument is that students might go overboard, lose self-control, and run riot in the streets torching buildings and assaulting innocent passersby.

I for once agree with KJ, D Najib as Pm and Presiden is gutless, UMNO disiplinary Board is gutless, when they let him go scotch free. If Ds Najib and UMNO displinary have got the guts, investigate him, open the case on EM libra, SC Zarinah, Sime Darby - Musa Blacko, MV Agusta, Parkway and Pantai Holding deals and many others cases that is day laight robbery. Apa Ds Najib ada berani?

We can't agree on everything do we. But I am sure we will have other issue to have common grounds.

sincerely I disagree with KJ whenever he open is mouth.

Everything is about his own survival.

You should see how he talks to his boys behind the curtain. It's all about his lifeline in Umno.