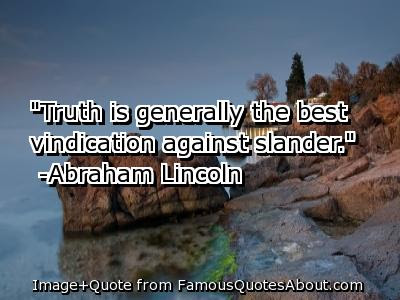 The Malaysian Insiders (MI) today advertised an apology to Tan Sri Tajuddin Ramli on their website.

Subsequently, an apology will be advertised in the New Straits Times and Berita Harian for their continuing a wild accusation that have been spreading for a decade that MAS lost an aggregated RM8 billion under Tajuddin's Chairmanship.

He wrote of opposition leaders insistence on continually making the unsubstantiated claims despite police have cleared Tajuddin of any wrongdoing and his case NFAed between 2004-2005.

MI's admittance is also a validation and attestation to the ICC arbitration court judgement in April 2007 that should have acquited Tajuddin of any wrongdoings as in all the alleged reports made to the police and MACC, statements by barking dogs the like of Tan Sri Robert Phang, Salahuddin Ayub and now Dato Zin Ibrahim, and hate blog postings by Din Merican.

The vindication on the various injustices on Tajuddin will await for the global settlement with the Government.

On the side, Tan Sri Nor Yakcop is uneasily looking at the events unfolding. Its coming closer to him.

Salahuddin Ayub and Harakah has a leading role in demonising Tajuddin with the fictitous loss and is liable.

So too are Saifuddin Nasution and Dato Mahfudz Omar who had repeated the same allegations in public.

MAS officios, like Dr Mohamaddon Abdullah and Shaari Sulaiman, who mentioned the RM8 billion alleged loss in their reports are open to investigation for making false report to the police.

This is despit ethe fact that the alleged unsubstantiated loss first surface in a letter from Dato Ramli Yusof, Head of PDRM's Commercial Crime to Prime Minister Tun Abdullah Ahmad Badawi in March 2007.

This RM8 billion figure did not come out of the blue. The strong suspicion is that it came from the "crooked" lawyer Rosli Dahlan with some insidious hands within MAS' Legal Department on instruction from someone from within but outside .

Despite Ramli Yusof being the first to make that accusation in the letter to Tun Abdullah, the loss was not substantiated and the letter delved more on alleged indiscretion by Tajuddin in the Hahn Cargo Airport deal.

Ramli Yusof reopened the case upon his return from Sabah to head PDRM's Commercial Crime Unit in May 2005. He was influenced by his friend and MAS's hired "crooked" lawyer, Rosli Dahlan.

Read about the juicy detail here.

They never managed to pin Tajuddin with anything. There was nothing to pin him with.

By demonising Tajuddin with such losses, the suspicion was that it justify their plan to cut MAS to pieces and to be later swallowed by Air Asia as we see happening today.

In fact, the contentious issue of the Hahn Cargo Airport was resolved in April 2007 by the ICC arbitration in Geneva around the time the dogs were barking.

MAS lost their case and did not dispute the judgement. In addition, MAS had obligingly honoured to pay the determined sum.

Not only was there no case of an aggregated loss of RM8 billion, the repeated issues of non-disclosure of interest and conflict of interest by Tajuddin in Ramli Yusof's letter, police reports by MAS officio and allegations by Raja Petra, Din Merican, and Tan Sri Robert Phang were untrue.

How could there be a conflict of interest when Tajuddin was expected by the Board of Director of MAS to risk his money into the venture as a sign of commitment?

The moment Tajuddin left in February 2001, it was MAS that did not honour their commitment. They canceled the deal immediately on July 2001 and also great opportunity to develop a "spoke and wheel" air transporation link between Malaysia and Europe.

They claimed the agreement was unfair but the ICC arbitration saw it as fair.

Read it at length here.

The advertisement by MI and a tidy sum of off-court settlement is a vindication for Tajuddin who have suffered bad publicity and been keeping himself quiet and away from the public.

Not only is the issue of his lawsuit against MI, Tajuddin is now in the wake of negotiating a global settlement with the Government.

He had been unfairly treated during the financial crisis by Danaharta and the then Adviser to the Prime Minister, Tan Sri Nor Mohamad Yakcop Minister who force sold his shares in Celcom and also his stake in Naluri at an exorbitantly low price . There is also a pending lawsuit against MAS over the Hahn Cargo Airport.

The global settlement is no bailout but similar to an arbitration process to find a best solution to protect the interest of Tajuddin, Government and GLCs. It is handled by judges.

Read The Star below:

Zaharah is new managing judge in Tajudin settlement with GLCs

Previously, it was handled by Justice Md Raus Sharif, who is now Court of Appeal president.

Sources told The Star that the parties had to report to Justice Zaharah on the progress of their negotiations next month.

Tajudin’s lawyer Lim Kian Leong confirmed that the matter had been fixed for further case management on Nov 3.

However, Lim declined to disclose details of the proposed negotiations.

The media had reported last month that the Government and Tajudin were negotiating a settlement of all legal cases involving him and the GLCs.

The proposed settlement, which includes appeal cases, covers more than 10 suits pending at the courts here. The cases include a breach of contract suit filed in 2004.

Minister in the Prime Minister’s Department Datuk Seri Nazri Aziz had said in an interview then that any out-of-court settlement must not be at the expense of the Government.

He stressed that the Government had no plan to bail out any party in order to settle the suits.

He said the Government considered that there were counter-claims involved in the cases and that they could be settled without any party paying any damages.

All this arise from the vengeful actions of Nor Yakcop against Tajuddin. The same Nor Yakcop had irresponsibly lost RM16 billion of Bank Negara money and it was Tajuddin that came to help bailout Bank Negara from a position of negative capital.

Tajuddin has a case and chances are he could win it.

Can the Government afford RM15 billion, or maybe with interest cost running over 10 years, it could reach RM23 billion?

By the look of it, it will be Tajuddin that will have to compromise again for the sake of the nation. One wonders, will there be people out there who appreciate his sacrifice?
at 10/04/2011 12:45:00 PM

You too have been vindicated for your dogged determination. And the opposition are shouting why the Govt have been instructed to negotiate with Tan Sri Tajuddin. Yes, it's payback time. No pun intended.

Bring us to 2 issues. 1- if you dont have money you can never get to clear your name. If i m the accused or the victim, i dnt think MI will pedulu my sue. 2- what happened to the accusers like saifudin et..al? Shdnt they pologize too, or should tajudin sue them? Biar padan muka.

Tajuddin should compromise only if the Government make Nor Yaacop pay for his stupid actions.
It had been convenient for Ministers and Govt officers to have the rakyat pay for their blunders every time.
They may even have benifitted from the blunders.
Why should Tajuddin and the rakyat sacrifice.

Yes Big Dog, justice has been done but the truth has not been told.