SC should throw the book at TMI 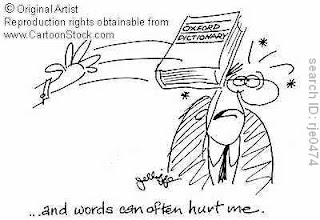 If it had been the newspaper, the book would have been thrown at them. But will SC under the new Chairman, Datuk Ranjit Ajit Singh do it against The Malaysian Insiders (TMI)?

This blog have long held the view that Sime Darby and share vendors, which is the original major shareholders and current management of E&O, should be required to do a Mandatory General Offer (MGO).

GLC or no GLC, Sime Darby and the share vendors are both interested parties and working-in-concert (by virtue of vendor being the current management) and their combined shares are more than the trigger point of 33% plus one shares.

However, TMI should be taught a lesson as to not try a Rafizi crap. Their false reporting tantamount to market manipulation.

If TMI's report had been true, Kalimullah and the gang stands a chance of making good money. That doesn't matter.

Not only because it proves this blog is right, the MGO should be imposed on Sime Darby and their working in concert partners on a matter of principle. The letter and spirit of the law and rule rule should be adhered to.

There shall be no buts on fairplay and sticking to the rule of the game.

However, TMI report yesterday to claim Sime Darby was ordered to do a MGO is an equally wrong act.

Just cause TMI is trying to highlight a past wrong under former SC Chairperson, Tan Sri Zarinah Anwar, it does not mean they can chimply make any false news.

Let's not try get into another Rafizi's Whistleblower Act versus BAFIA rhetorics. Both law exist and should be adhered to. What more when it is quite specific and not inconsistent with each other.

Such news have implication on shares movement. Usually price rise on such rumours.

Someone in or close to MI could have benefited should there be a shares rise from this report. Again, no need to guess who because Kalimullah and the gang have interest.

Market manipulation, including creating rumours and false news, is wrong under various acts and rules governing the Securities Industry.

Despite the fact that newspaper are authorised to report on securities and at times, report to advise in buying or selling of shares, it does not provide the leeway for them to create false news. What more when the securities law is not likely to acknowledge non-mainstream newspaper or online media as acceptable to advise on buying or selling of shares.

The market practise that is in line with the law is to report news that have implication on share prices after official statements are made. Thus there is no such thing as making report based on sources this or sources that instructed this or that.

What more for false report that have share price implication.

All one need is to recall back that the Sime Darby-E&O deal was the deal that placed former Tan Sri Zarinah Anwar in hot soup that eventually led to her resignation.

The public uproar on this deal was because her husband, Dato Azizan was the E&O Chairman and the SC's decision to not allow MGO was in conssitent with the basic Mergers and Takeover rules. For a long while, Zarinah was accused of favouring the husband on securities deal, primarily fast track delisting exercises.

It would have been great on the part of the new SC Chairman, Datuk Ranjit Ajit Singh to put right to past wrongs. It also proves what many were saying that Datuk Ranjit is a no hanly panky man.

However, it does not justify for TMI to do so such cheap reporting stunt.

Everyone knows that Kalimullah and gang is an interested party that stand to benefit from a MGO and TMI is associated to him that no amount of denial from him will ever get the media community to believe.

Thus there is no reason why SC should not investigate and eventually throw the book at TMI. Warnings is insufficient for this repeat offender at manipulating the truth for self agenda.

Unless off course, SC falls under the charge of Dato Seri Utama Dr Rais Yatim and charging TMI will lead to negative political paranoia on the Minister like releasing the movie Tanda Putera.

The only different is unlike securities matter, one do not leave it to the public to judge. It would be like some conniving fella awarding a "contract" in a company that have one's son as an interested party.
at 8/11/2012 12:16:00 PM

Is TMI a listed company on the Bursa?

No beef sir, just the law.

To advise in selling and buying of shares, one have to be licensed.

To benefit from market sensitive information like insider trading, it is an offense.

To leak market sensitive information with giving sources, it comes under unethical journalism for practising journalist of MI.

Market manipulation is an offense under securities law ounishable by imprisonment.

So does insider trading.

To leak market sensitive information with giving sources, it comes under unethical journalism for practising journalist of MI.

To leak market sensitive information without giving sources, it comes under unethical journalism for practising journalist of MI.

Dear A Voice..sometimes people just dont know where is the RED LINE that they shouldnt cross.. I agree this people should be taken to court for attempting to ruin our country economy.. similiar with RAFIZI THE OTAK LEMBU guy