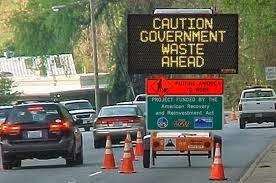 It shows a Government that is beginning to show they think they know everything but could not think of something so basic. When suggested, they have an obtuse attitude and ignored it?

Upon the announcement, a former Statistics Department boss and an economics minded Engineer in our Whass App group notice the austerity drive hardly saved any more than 2%. Then, everyone of us realised that wasteful PEMANDU remained untouched.

Dato Najib was reported by NST to say Malaysia cannot afford to derail from transformation agenda. It shows he is still plain stubborn and insistent on using the wasteful PEMANDU-like consultant approach. [Read NST here]

Former JPA scholar and now with PEMANDU, blogger Goh Wei Liang tried to explain PEMANDU side of the story in September [read here]. Commendable effort to defend his employer but ensuing news reports only proves PEMANDU is wasteful spending which should get the axe immediately.

For one, PEMANDU had went beyond their term of reference as highlighted by Goh when Dato Idris was assigned to solve the kalimah Allah issue with East Malaysian. There is more on that issue but let's leave it at that.

Secondly, PEMANDU are doing work beyond their area of expertise and term of reference. No need to elaborate further. TST ... tahu sama tahu.

Lastly, even how Goh tried to explain, PEMANDU is an "outside consultant" incorporated into the government structure.

Using Goh's Opex figures, it is still an additional RM139.3 million of wasteful spending on consultancy when there are EPU and other existing Ministries and agencies already in place and with in-house expertise in their areas of specialisation.

Goh claimed the RM139.3 million include consulting fee but in a The Sun report [read here], Idris revealed that the budget for PEMANDU was RM729 million. "Kementeriaan Idris Jala" has a budget allocation of RM12 billion.

Another point Outsyed the Box raised back in October 2013 was that government budget increased by mere 11.5% but Prime Minister's Department budget "meletup" by 13%. [Read his comments here]

Opposition will have a field day to say that the rakyat's subsidy is being slashed for this failed turnaround manager with a degree in communications to spend and enjoy himself. 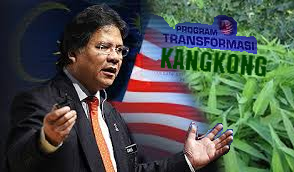 Most of what PEMANDU does was to tell the time from their watches but in a so-called new ways but still the same time.

Worse still, without any understanding on how organisations operates, they insist the time to be read their way and change be done as though it is as simple as raising their hand to read the watch.

PEMANDU is not merely just a monitoring and performance enhancement agency but is doing everything Dato Najib likes them to do including solve the kalimah Allah issue with east Malaysian before the election.

It has become a behemoth megalomaniac of power and greed without any sense of preportion and protocal. Husin Lempoyang and Bigdog could be just kidding about Kangkung but that is the predictability of PEMANDU and Government's operation.

PEMANDU people are being "parked" in all GLCs and Government agencies. These young punk Cinabeng, Marimutu and Melayu Liberal are flexing their power to be corrupt and taking opportunity out of their position.

An example, Dr Emir Mavani is getting income by sitting on the board of seven private companies as pointed out by Dr Ong Kian Meng [read The Malay Mail Online here] and taking the discount from selling oil pam to China pig rearing company.

By now it is already news that FGV is embarassingly suing United Pontian Plantation. Kena tipu by DAP. 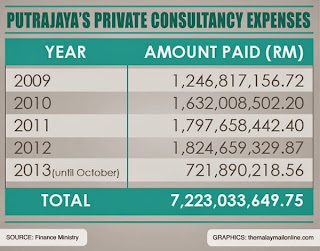 In November, Najib answered in Parliament to say that government spent RM7.2 billion for consultancy for 2009-2013. [read The Malay Mail Online here]

He explained that it included necessary consultants, architects, valuers etc in construction and development.

It should help downplay the amount being paid to foreign consultants. By right, this should not be included.

For that cheap trick of covering up, we are exposing something suspicious and hanky panky going. Hope MACC and Task Force should read this.

The biggest item in construction is the new extension of PUTRA train extension project which cost RM35 billion. Obviously, the design, and related planning work involves outside consultants.

But that is the practise so live with that.

One checking consultant is HSSI, which is infamous among the construction industry players as allegedly the conduit for corruption and commission taking. To some, HSSI means Hanya Sama Sikh dan India to describe the sub-continental flavour of the company.

HSSI allegedly gets paid 2% of project size which is over the regular rate of 0.5% or a sliding scale as a project gets bigger. To add to that, they are being paid upfront of RM150 or other source say RM120 million.


Not only is PEMANDU getting a budget or in control of RM12 billion of budget and consultants are conduit for corruption or so-called political fund which does not necessarily reach the political parties, the major point is Najib does not intend to stop.

In Britain, Whitehall is under scrutiny for spending more than £500 million on consultancy. [Read BBBC News dated August 13 2013 here.]

While in the Eire Republic, Irish Water is being queried by the Public Accounts Committee for spending €50m spent on consultancy fees. [Read Evening Echo January 10 report here.]

In Malaysia, there are too many runaway gravy trains in government, agencies and GLCs spending wasteful consultancy fees but with no purposeful existence and genuine accountability. Many unnecessary agencies and government outfit like EPU's implementation arm, Talentcorp and many more are being established which only increase government spending.

Since the existence of consultants, the annual financial reports look nice and very much like corporate annual reports but missing the essential economic data as one former ISIS Director used to complain.

Government are emulating the practise of public companies of not disclosing details and giving cliche press release with hardly any relevant information divulged.

This reminded us to the days of Pak Lah's premiership.

He had used Rancangan Malaysia ke 9 or RMK9 to the hilt to delay party election, political propaganda to redirect all problems and give false hope to rakyat and business community. The public are saying Najib is being another Pak Lah and someone like JJ would try to use the same ploy to save the PM.

For the 11th RMK, will the consultants be the one to prepare?

It would be inconceivable that EPU and the whole government machinery which had successfully drew out some 10 RMK be left and be given to consultants, specifically foreign consultants. 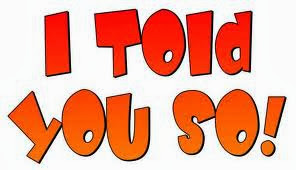 Back in September when yours truly suggested Dato Husni Hanazlah that government cut leakages in government expenditure due to corruption and wastage, we backed our claim to offered him to provide a list of 100.

He asked to name one and PEMANDU was immediately mentioned. [Read here.]

When Auditor General report was released, we compiled a list of 60 within two hours to prove the point. [Read here.]

Surely government can provide a list of more than 11 major areas for austerity drive. Initially, only 9 areas was proposed but raised to 11 to suit Dato Najib's lucky number.

Unfortunately it was not well received by the public. An officer briefed the Prime Minister and he blindly said it openly that is well received. Looks like another repeat of "Everything is okay, boss" that almost lost his seat in Pekan.

Such officer should be sacked but there are still others going around asking support on the basis of it is only 10 days thus give it a chance. He must be thinking the public is equally as stupid as he is.

Najib must open his eye and not be taken by the comments from novice Ibdillah and always with an ulterior motive Khairy on bloggers.

If a party loyalist like Wan Azri [read here and here] is indirectly questioning the Prime Minister, do admit that he is doing a lot of wrong things that the groundwell is getting frustrated.

better to change the name PEMANDU to SUPIR....

Najib should kick out Idris Jala as this supir fail to meet the KPI and replace him with his actual trusted supir - Omar KangkOng...

Actually the one who's driving the country is omar Kangkong while najib sitting at the back just follow his supir.

Syabas brother ABIW. What you have written make sense. I do agree with you that the creation of Pemandu is just a waste of government money. The fees are exorbitantly high and the solutions are laboratory (theory) finding without knowing how the actual industry operate.

Kalau setakat compiling all the Nation's project and development and then redistributed back into various NKRA components and claim that this is one of the government transformation program. Aku pun bole buat begitu. Then present it like professional. Macam tokeh power point. Tak payah bayar aku 7 billion, bayar je 7 million je. Extra tu guna untuk tolong rakyat. Pemandu should be scrapped!!!. The credentials of those in Pemandu need to be scrutized. Our JUSA with their wealth of experiences should be able to shoulder this GTP.

The Republic of Singapore paid Dr Alfred Winsemius, two medals one of which was gold and a piece of paper at the end of his contract in 1984. The good doctor of economics was the person who advised the Singapore Government how to create a successful city state but he did not give any advice on the development of human resources which was left to the brilliant Lee Kuan Yew with his 14 failed Policies for Singapore. This part of Singapore's development is an utter failure and will lead to its demise.

re; such officer should be sacked.

The question is ,did Najib know that such officer are doing wrong ?.

Najib is behaving like the Labour government leaders in the U.K. in the 1970s who ignored the demands of the party's rank and file members and even went against their wishes.

Civil servants should do a Gandhian-style civil disobedience through non-cooperation with the PEMANDU rep assigned to tell them what to do.