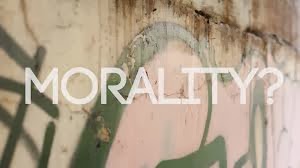 Brother-in-law returned from doing Umrah in the holy land for the first time last month. Since then his conscience must be constantly swarmed by angels. He kept highlighting God's multiple rewards for good deeds and ibadah performed in Mekah.

After family dinner over the weekend, he shared his view that the ills of society, particularly within the Malay Muslim community, could be addressed by adhering to the professed religion of Islam. It sounds idealistic and simplistic. However, it is true and right.

Individuals makes up society and putting it morally right at the individual level steer society in the right direction. Generally, all religion promotes morality, and believe in God is first item in nation building Rukunegara.

We added to his train of thought to raise the issue on the need of individuals to see the practise of Islam beyond the six tenets of faith of Rukn Iman and five compulsory practices in Rukn Islam.

The practise of Islam should be elevated to the level of Ihsan. It is a state of consciousness that is reflected by a morally right intention, actions, and behaviour.

That question was shared to us by our late sifu. He was posed that question in an interview by the late former Director General of ISIS, Tan Sri Nordin Sofie.

His answer was no. Morality cannot be operationalise.

At best, state can only put in place and enforce rules and law to represent the moral values. Sifu was the choice to fill up the position but someone up did not approve the creation of the position.

The issue of operationalising morality relates to the recent proposal to establish a syariah police unit.

The role of the unit was explained by former Minister in charge of religious affair in the Prime Minister Department and now Minister of Home Affair, Dato Ahmad Zahid Hamidi in a subsequent MM report: 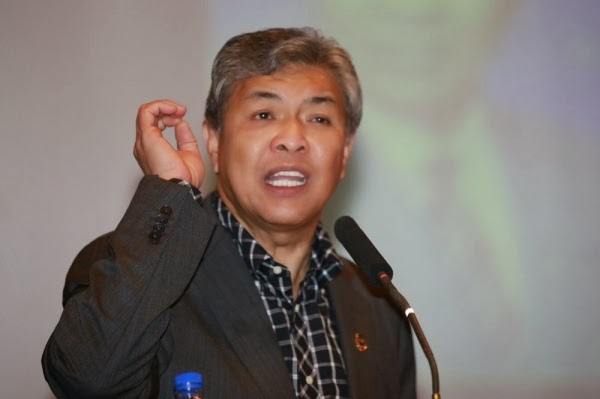 PUTRAJAYA, Jan 27 — The proposed syariah police unit will not take over jurisdiction of religious enforcement from state agencies, Home Minister Datuk Seri Ahmad Zahid Hamidi said today, assuring that it is only there to lend assistance.

He said his ministry and the Malaysian Islamic Development Department (Jakim) are fully aware that religious enforcement comes under jurisdiction of the state.

“We are not here to interfere with state jurisdiction,” he said at a press conference after his ministry’s monthly gathering here.

“The reason Jakim and KDN (ministry) formed this unit is to help states with enforcement, especially in dealing with deviant teachings and crimes under syariah law,” he added.

Yesterday, Jakim director-general Datuk Othman Mustafa said his department is currently in discussions with the police to set up a special syariah police unit.

He said the first stage of the setting up of the unit would be known this week, though he did not reveal details regarding the new enforcement arm.

The minister today noted that if in the past religious authorities were assisted by officers from the police force when conducting raids, they now have the option of bringing officers who are well versed in Islamic jurisprudence.

“If we are asked by the state enforcement authorities, we will assist them. All this while religious departments have asked for help from the police, now we have special police,” he said.

Ahmad Zahid said outside of assisting in religious raids, members of the syariah police unit would be stationed at Jakim’s office to assist in interpreting and reviewing religious legislation, aside from advising on enforcement issues.

The explanation provided indicate the syariah police is unlike the muttawa of Saudi Arabia [read Wikipedia here] but special support services from the police department to state religious departments.

However, Tun Dr Mahathir differ and call for it's reconsideration in his latest blog posting here. He argued that Islamic practices is inconsistent and subject to different interpretations to be enforced by a set of rules. The MI report in English below: 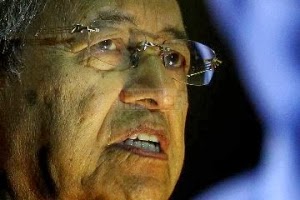 "Let me make it clear, I do not agree with the plan to set up a police Shariah unit," Dr Mahathir said in his latest blog post today.

"The Islamic religion does not encourage coercion, nor should it be used as the basis to form a police state."

Dr Mahathir said he fulfilled his religious obligations of praying, fasting, paying his dues (zakat), not because he was afraid the religious authorities would arrest him if he did not.

"I fulfil my religious obligations and responsibilities not out of fear, but because I am a Muslim who practices Islam. Because of my beliefs," he said.

Malaysia's longest serving prime minister said the proposal to set up a Shariah police unit to enforce religious laws should be studied carefully before any decision was made.

He said Jakim, the Home Ministry and the police would be meeting soon to discuss the matter.

"Islamic laws in Malaysia are different from that of other countries and so is its enforcement and execution," Dr Mahathir said.

"Visitors from other Islamic countries which have different religious laws will get confused with the different practices here."

Dr Mahathir blogged that the religious enforcement officers will be influenced by different perceptions, not to mention their own.

"It is not possible that the Shariah police unit will have personnel who are knowledgeable about the Islamic religion, even Muslim clerics have differences of opinions.

"For example, in some countries, men and women need to be segregated when they go shopping.

"But there also women who go shopping with their husbands, does this mean they must shop separately?" Dr Mahathir said.

"If a Shariah police unit is formed, we will get policemen who will have their own principles and views. The orthodox policemen might be harsher than his colleagues.

"The action to be taken will depend on their views, for some, Islamic laws have been violated and arrests must be made. But for some, no action is needed.

"It all depends on the policemen's interpretation of Islamic law. Even those who object to their more zealous colleagues' action might not voice it out openly for fear of being accused of being un-Islamic."

"Our Shariah police unit will be stopping these tourists to check whether they are Muslims. If they are, they will be detained or taken back to the Islamic police station.

"These foreign tourists will not take kindly to being detained, let alone being questioned by our police," he said.

Dr Mahathir said of course there would be certain quarters who would say, who cares, this is an Islamic country.

"But a drop in the number of foreign tourists coming to Malaysia would have a tremendously negative effect on the country's revenues," he said.

"Malaysia will lose its tourists to other Muslim countries who not only practice different Islamic laws, but have a completely different interpretation, view and practice of these laws."

Eventually, Dr Mahathir said, there will be pressure on non-Muslims to abide by Islamic laws and practices.

"This will cause tension between Muslims and non-Muslims in Malaysia," he said, adding that the issues and problems faced by a neighbouring country which had Islamic police were well-documented.

What needs to be done is to educate Muslims on the characteristics that an Islamic follower should have in Malaysia, he said.

"We have seen crimes like rape, baby-dumping, drug addiction and other sins involving Muslims. These are the problems which must be addressed.

"Why are more Muslims involved compared with non-Muslims? The laws are the same but those who commit the crimes are not," he said, adding there must be a reason.

Dr Mahathir said while Muslims were taught to adopt certain practices, they were not imbued with the Islamic values of life, obligations and forbidden acts. – January 28, 2014. 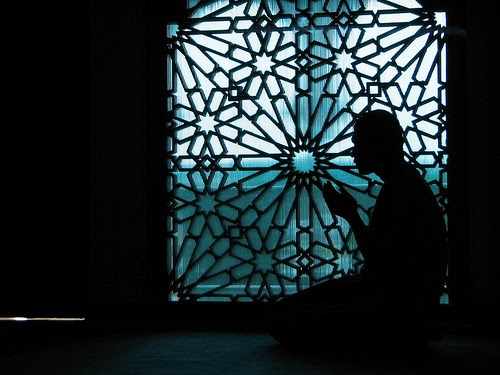 The downside of such effort is that it is similar in problem with implementing hudud law as promoted by PAS as in it pushes society towards ultra conservatism.

Prophet Muhammad was understood to have said that if society is ready to implement hudud, then it does not need hudud law. A rather self conflicting words which only means strict law is not the only tool to transform society.

To stress the point, the second Khalifah, Saidina Omar ibni Alkhattab suspended hudud law in the face of rising crime during a period of famine. Today's judges or syariah police unit lack the wisdom and compassion in judgement of prophet and sahabat.

Prophet could delay punishment on a woman insistent on being punished for her sin and finally let her off on believe that she has repented. Malaysia does not have welfare support system to give a second chance to thieves committing crime of hunger and poverty.

The need for syariah police to enforce on personal matter of faith only demeans Islam into a nanny religion that needs to constantly supervise it's followers. It de-emphasise elevating the belief and practise of Islam into the consciousness of its followers.

Morality is about right and wrong and could transcend religion. Such manner of enforcement only makes believers conform to a spelt out rule of conduct than the ability to differentiate between the morally right and morally wrong.

Consciousness and morality are important parts of the spiritual journey to attain Allah's acceptance.
at 1/28/2014 05:02:00 PM

Very much agree with you Sir, that God-consciousness and Morality must be rekindled in our troubled religious climate to save ourselves from a worst disaster.

As our society's religion ages, two developments are possible:
a) Alzheimers disease (ie. the amnesiac option of the secular elites) OR (b) the manic-depressive disease(ie. that of the false Salafism or Wahhabism).

Today's postmodernist global society is Jahiliyya. Each tribe has its own story, and once universal values now become relativistic and subjective to people.

The Preventive Medication for those societal diseases is for Muslims to acknowledge the importance of right intentions and the purification of their own souls. ie. to manifest IHSAN.

Lesson from a famous hadith:

Syariah polis is backward thinking and as you said, attempt to operationalise morality.

The need to have syariah police and hudud law only proves Malaysia is not spiritual an Islamic nation in the true essence of the word.

My advice to the government, don't make more mistake. As it is now there's too much the people have to chew. Don't add more because it can create further confusion and rejection, especially from the non-muslim. This advice is not against any hukum or any tenet of islam. This advice in short is, don't be stupid.

When America had Dirty Harry, we have Dirty Haji.

"Come on you Syiah scum, make my day."

What will the Syariah police do?

Well, they will go around peeping, snooping and prying on women, nothing but women.

Maybe it's a mistake to create women in the Muslim world.

if i have a religion that says you have to do good BUT, you will not receive any rewards from GOD for your good deeds, you will not be guaranteed a place in heaven and you shall not advertise your good deed. In fact, the only real reward you will receive is self satisfaction.

No to ridiculous Syariah Police Unit

why can't we just have a simple act called ISA back or perhaps anything similar ?