Stock market to rise on expectation of a BN win 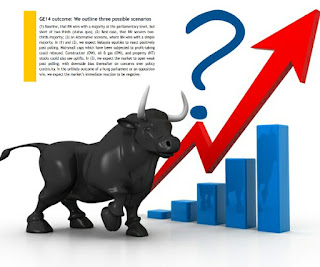 Except for the tired but unproven perception play on Dato Najib's guilt in the 1MDB affair and twisted propaganda pandering on emotion than sound economic argument on the economic transformation, the ingredients are there for a BN win.

The manifesto is solid manifesto with the fundamental sound and at the same time, major voter segments covered.

PH manifesto was duplicating BN's already done effort, lack of specifics and impossible to execute with the pledge to remove GST. Within 17 days, Tun Dr Mahathir already U-turn on some of the pledges and back to his old outdated thought.

Unless BN shoot their own feet as it could usually happen, the political ingredients are there - fundamentally and operationally for BN.

PH is pushing for big crowd ceramah to create a people wave of perceived atrength and widespread support. However, things are not doing well inter- and intra- parties since Mahathir announced use of PKR logo.

One China man said illegal bookies started taking bets on an odd of BN to win two third last week. There are bookies taking bets in favour of DAP while punters take BN for two third bets with odds thrown in. Awaiting update since the odds could change before eventually reaching an equilibrium level.

For those steering away from gambling, one broking house look at BN two third majority as one of several outcomes with the other two outcomes still BN win. If confidence is setting in, then forget politics and start buying the market for a possible bullish BN win.

It was reported foreign fund are going in the market already in the tune of RM328 million last week, The Edge Online reported.


Stability Rules for Investors in Malaysia

With the economy doing well, foreign fund managers have little appetite for change. 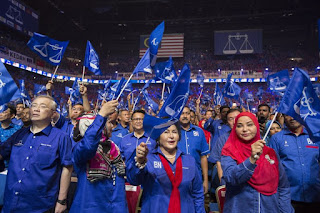 How the mood changes.

Malaysia is now seen as the best growth story among emerging Southeast Asian markets. Year-to-date, foreign investors bought a net $635 million of the country's shares, while pulling money out of Indonesia, Thailand and the Philippines. The FTSE Bursa Malaysia KLCI Index has outperformed its peers with an 8 percent rally this year in dollar terms.

It's a sharp turnaround from a year and a half ago. Back then, investors fled after Bank Negara Malaysia asked foreign lenders to stop "speculative and damaging" trading in the offshore ringgit forwards market.

Kuala Lumpur has never been a favorite for overseas stock investors: More than 40 percent of the benchmark index is owned by sovereign funds such as Khazanah Nasional Bhd., leaving foreign asset managers with little influence over companies' operations or valuations.

But in a world of political instability, investors love continuity. And with Prime Minister Najib Razak looking set for five more years in power, they have reason to cheer. Last weekend, Najib dissolved parliament, forcing a general election within the next two months.

The timing is perfect for Najib, with the vote to be held before his arch-rival Anwar Ibrahim is released from a five-year prison sentence for sodomy on June 8. According to the World Bank, Malaysia is ahead of other Southeast Asian countries in terms of "political stability and absence of violence."

Najib looks to have shaken off the scandal surrounding 1MDB, the state-owned investment fund created under his watch that has been mired in corruption allegations. The prime minister has denied wrongdoing and was cleared by a Malaysian inquiry. Just 6 percent of young Malaysian adults cited the scandal as a top concern in a survey last year.

Close ties with Beijing mean Najib is an integral part of the Malaysian growth story. China is helping the country to build a dozen projects ranging from a $13 billion railway linking peninsular Malaysia's east and west to billion-dollar new ports and development zones, as part of its Belt and Road initiative.

But this isn't what investors want to hear. Strengthening investment helped drive economic growth of 5.9 percent last year, the fastest pace since 2014. Private investment climbed to 26 percent of Malaysia's GDP in 2016 from 23.4 percent in 2010. Thailand's ratio, by contrast, has been slipping.

In Malaysia, investment as a percentage of GDP has risen. By contrast, Thailand's ratio has fallen

There's no sign of overheating yet. Inflation has eased since mid-2017, in part because increasing investment leads to higher production capacity, reducing price pressures. As a result, even if the U.S. Federal Reserve raises rates three or four times this year, Malaysia's central bank could still safely hold. That's a contrast to the neighboring Philippines, where the central bank looks to have slipped behind the curve.

Malaysia has fast growth and low inflation, unlike the Philippines, where price pressures are increasing

Malaysia is arguably also safer than Indonesia, another regional growth engine, because of its currency. While the ringgit has appreciated by close to 5 percent this year, the rupiah has lost more than 1 percent, even though the U.S. dollar is broadly weaker. Unlike Indonesia, Malaysia runs an account surplus.

The Malaysian and Thai currencies have outperformed, in part because the countries run current account surpluses

At a time when corruption scandals have led to the jailing of former presidents from South Korea to Brazil, foreign investors aren't in the mood for more political shocks. The Malaysian public's indifference should be music to their ears.

This column does not necessarily reflect the opinion of Bloomberg LP and its owners.

To contact the author of this story:
Shuli Ren in Hong Kong at sren38@bloomberg.net

To contact the editor responsible for this story:
Matthew Brooker at mbrooker1@bloomberg.net

Its a committed and concise opinion without those caveats.

The said analyst report is below: 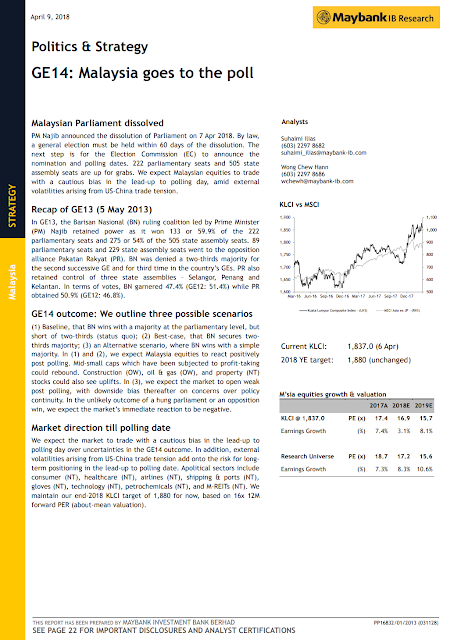 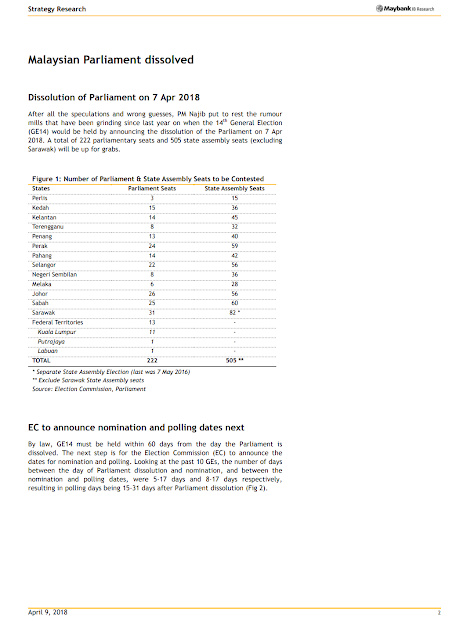 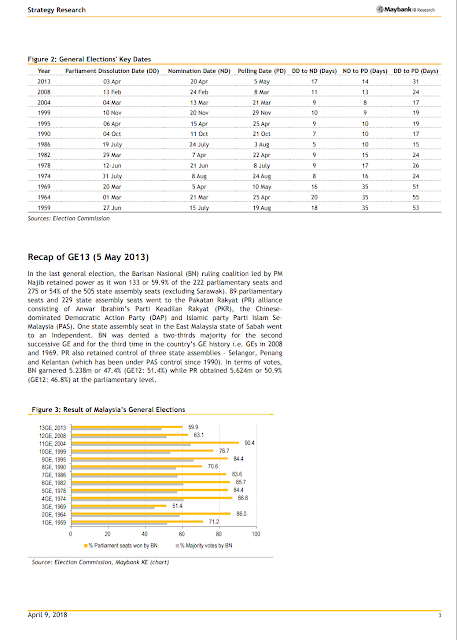 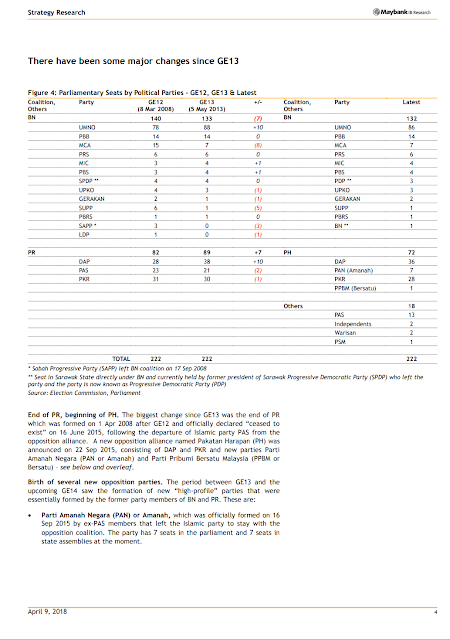 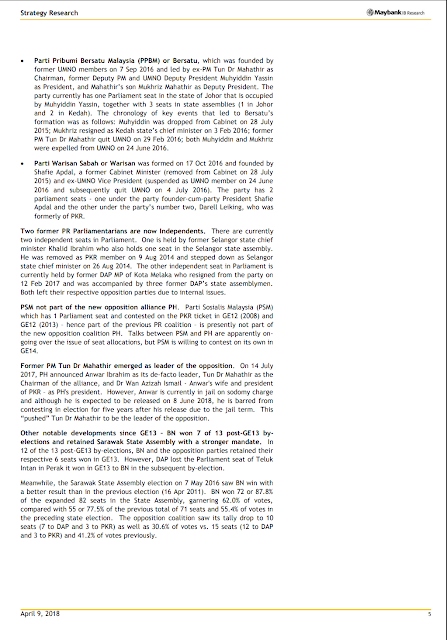 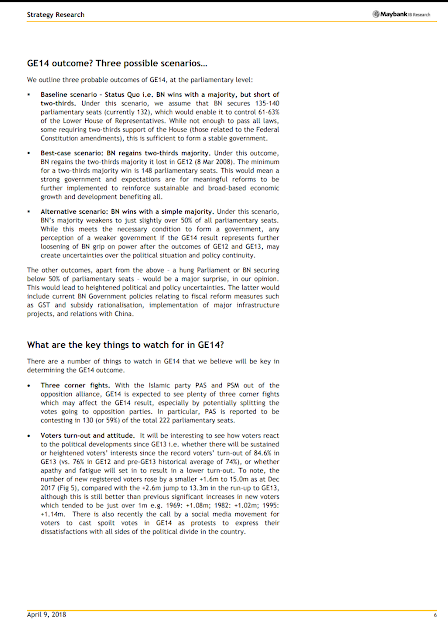 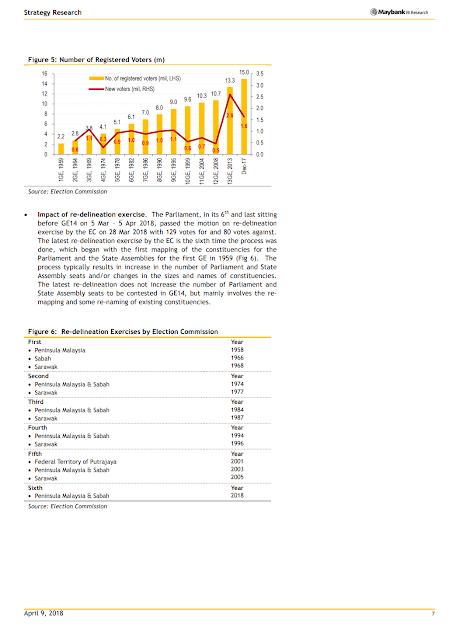 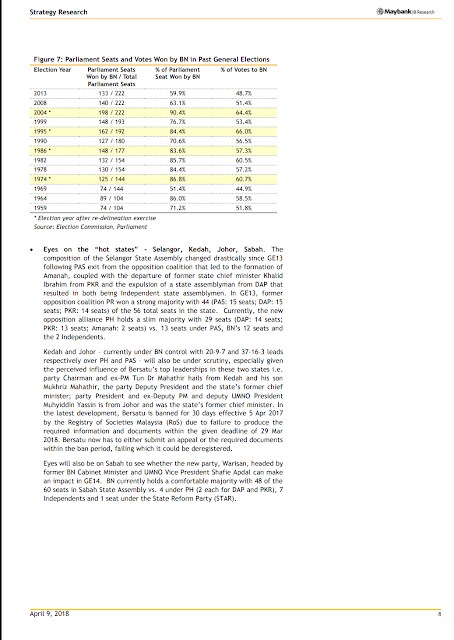 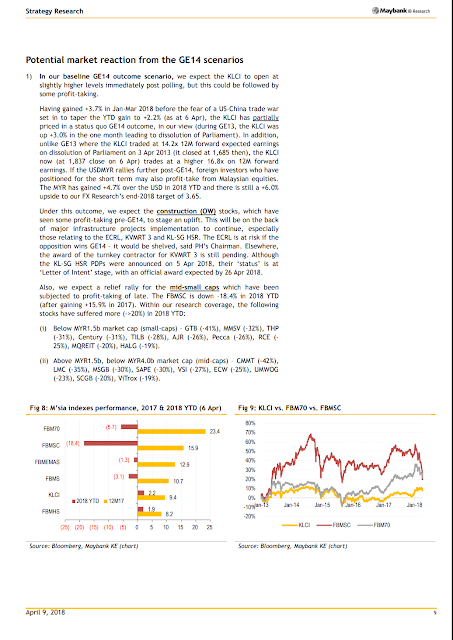 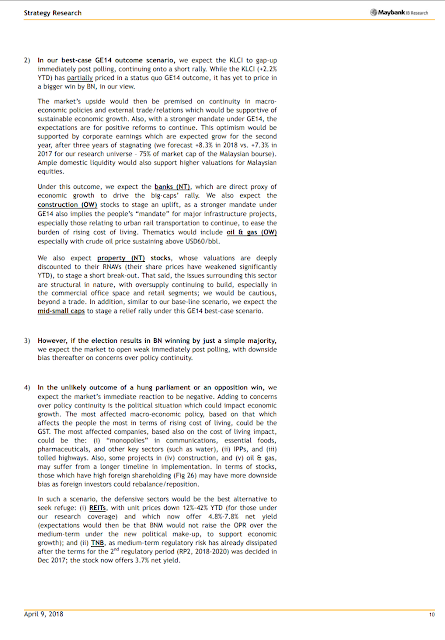 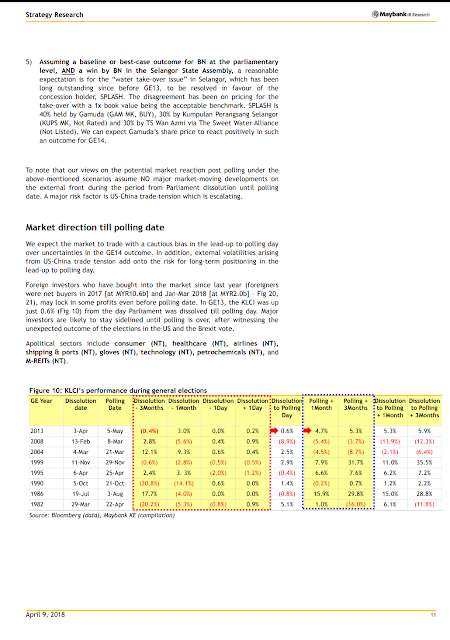 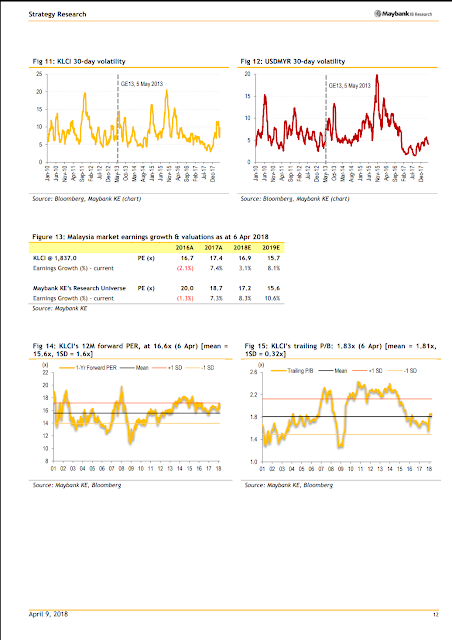 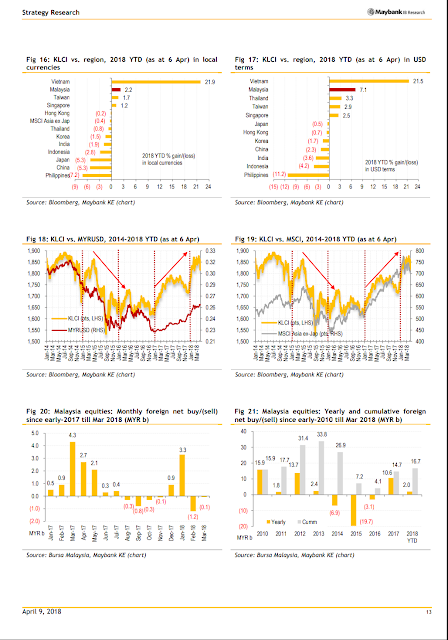 Buys shares and vote BN. Its the spot-on investment decision one could do now. One can look for those blue chip and wait forever. Dogs with flees said Gordon Gecko.

Or one go for a quickie, look at those small cap stocks. Quite a few are trading below NTA. Me no Repco Low but these stocks should goreng any time now.