What happens in Vegas, (should) stays in Vegas 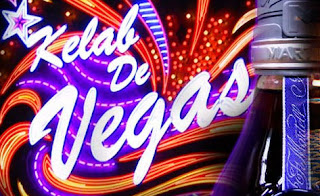 The late Hugh Hefner said in a playboy "documentary" video, "What happens here, stays here." It was his warning to keep mouths shut on the wild happenings in The Grotto at the Playboy Mansion.

In 2002, the Las Vegas Conventions and Visitors Authority started using the same tagline and it helped the Las Vegas brand become the second-most recognized brand in the US, after Google.

Surely, this posting is not about branding or marketing but a certain happening at Kelab De Vegas in Jalan Imbi, Bukit Bintang, Kuala Lumpur. What should stay in Vegas, did not remain within Vegas but got known by law enforcement officials.

In a joint operation involving, police, MACC and perhaps other agencies on April 2nd, there was a raid at the karaoke. It became a big story not because an UMNO Ketua Bahagian was caught for something. After all, PAS campaign poster claimed UMNO politicians has biggest number of corruption investigations, fast following DAP and PKR in second and third and PAS zero.

The general election made it a big story that drew international media attention. Read here. 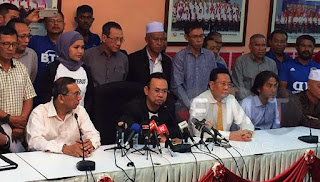 UMNO Ketua Bahagian for Bandar Tun Razak Cheras, Datuk Rizalman Mokhtar was caught with a positive result for drug test at the police station. He admitted to the drug arrest but maintain his innocence.

He said he didn't do drugs but had coffee at the karaoke nightclub. It was rather admirable and brave of him to immediately do a press conference. It reminded another admirable and gung ho politicians as in Dato Dr Chua Soi Lek. Most politicians, even the likes of Azmin in the Ijok land scandal, would wait out to hope for brighter situation.

Rizalman is supposed to run for the Bandar Tun Razak Cheras parliment, which is currently held by Tan Sri Khalid Ibrahaim then of PKR. Rumours has it that he is on a fast track to Ministership. It  only encouraged rumours of being set-up by a competing warlord in Federal Territory or MCA (since MCA were candidates in past few GE).

A check with a supporter of Rizalman and claimed mentor said MCA has no candidate there. Unlikely, it was MCA. Neither was it warlord. Another source confirmed it.

Rizalman's denial did not help his cause as many even within UMNO and pro-UMNO bloggers and social media, including Dato Ahiruddin Attan, felt his chances as more or less gone. Vice President, Dato Hishamuddin mentioned no compromise with those found guilty.

The catchphrase is "found guilt". Dato Nazri is fair to ask not to judge him. If it is a case of coffee contains drug, it require more to find him guilty. A lawyer friend defending drug cases once said blood test alone is not sufficient to get suspect convicted as his drink could be laced.

Whatever is to come out of the investigation, Dato Najib has to make a difficult decision.

Hope he do not tolerate any questionable background of BN's candidate, especially his drive against corruption. Sadly, Rizalman is a head of a drug rehabilitation centre, thus his action should be gentlemenly and exemplary.

The menace of drugs, especially the current synthetic drugs in the black market have infiltrated Malaysian high society. Rumours reached our ears that even politicians, Deputy Minister, Minister  corporate figures and and royalties are habitual users.

It cuts through both sides. 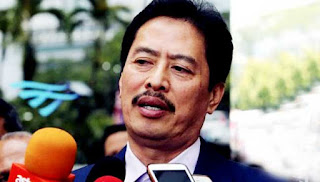 Rizalman attempted to fight back and save face using claim being set-up and entrapment conspiracy line.

The excuse was MACC Commissioner, Dato Azam Baki acknowledgement to FMT that an UMNO Ketua Bahagian was tested positive for drugs. Fighting drug is not MACC core business but maybe he was just confirming what was being asked.

Malaysiakini took opportunity and threw a spanner with claim that police source told they were asked by MACC. Though interesting angle, there is a strong reason to say it is fake news and a goddamn &ucking lie.

The report was written by Zikri Kamarulzaman but it reach our ears that the sneeky Malaysiakini reporter involved in trying to sway the story that way was Gah Chie. Helping the police here.

A valid reason to dispel such intention to smear MACC, which is chewable for public consumption, is that the raid was done after midnight, past the DBKL rule on opening time for nightclubs, thus it is routine to do operation jointly involving police.

For Rizalman to claim it is a set-up, he must share his reasons. Otherwise, antics like having the NGO Sahabt Pro-UMNO Bandar Tun Razak send protest petition to MACC headquarter at 3:00 PM today is just election political theatrics.

After all, have we not had enough with Tun Dr Mahathir slanderous accusation related to 1MDB but after 3 years, he has yet to produce a single solid and unquestionable evidence?

As one former high ranking MACC official once said, "Tangkap orang pembangkang, MACC dikata macam-macam. Tangkap orang BN, pun kena juga. We have no friends and it is OK." 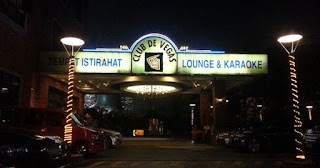 Putting aside the election theatrics and conspiracy theory, the way we see De Vegas is one club one described as "What happens in Vegas, stays in Vegas".

MACC is just doing their routine work on corruption irrespective of the upcoming election. After all, several cases involving Felda, MBI Selangor, PKNK, Penang MB, etc are on-going despite the coming election.

Since it is a routine joint operation work with police, the attending police found some suspicious Mango brand coffee on the table. Such brand are usually used to hide drugs and Rizalman had to be taken to the balai for testing. It is routine procedure.

If Zaharin Md Yassin wish to support his Ketua Bahagian, he may well do so to cleanse the image of a potential candidate. The protestor can protest, MACC must be allowed to do their work and public must not speculate to the point of making slanderous remark and cooking up fake news.

As far as we are concern, NO to corruption, NO to drugs and NO to fake news. Biar balai cerita dan hakim buat kerja!