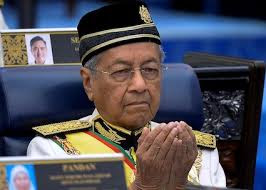 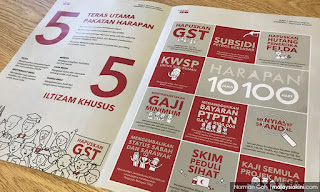 But two years later, the PH government reneged on its pre-election promises.  Despite the broken promises, no one, not even the people who voted for your party, demanded fresh elections.

They accepted the fact that PH was still the legitimate government and they were willing to wait till it was time again to go to the polling stations.

Their only wish was that, in the meantime, the PH Government will govern and govern justly.

That’s the system of democracy we cherish. 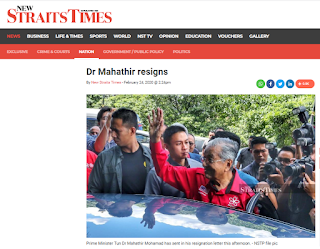 Neither the people nor the parliament passed a vote of no confidence in you, but for whatever reason, you threw in the towel.  Your resignation created a vacuum, and that vacuum had to be filled out of necessity. Politics like nature abhors a vacuum.

The people needed a Government, and political stability.

That is how our parliamentary democratic process works.

Pakatan Nasional has been governing now (and I must say quite well) for several months, despite the very challenging times brought on by the pandemic and your continued attempts at disrupting the business of government.

You now wish to topple Tan Sri Muhyiddin Yassin? Why?

Toppling a duly appointed government in circumstances of your own making is not the people’s wish. They appear willing to wait till the next elections are held to exercise their collective will.

In doing what you are doing by frustrating a legitimate government in the exercise of its functions and obligations, aren’t you usurping the people’s rights?

The people did not give you the mandate to decide for them who should form the government of the day. They cast their votes and decided in MY 2018 what they wanted.

Notably for someone hiding behind the politics of consensus in government, you did not seek or secure the people’s views before deciding to quit as Prime Minister.

You were elected to fulfill the people’s wishes for the full term of your mandate in government. Your mandate was not to thwart or frustrate their wishes or to disrupt any government.

If you wish to have another chance at leading the govt (after two chances), then why not wait for the next general elections in which you will have a fair opportunity to have what you still claim as your mandate, to be tested by popular vote.

That is what a true democracy is about.