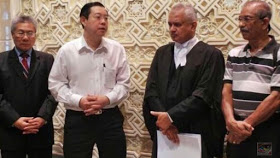 It was made at the stage the case reached Prima Facie and Guan Eng is to be called for defense.

Strangely, the judge gave a full acquital. The Chief Justice then was Tan Sri Richard Malanjun.

Tan Sri Dzulkifli Ahmad, who was a DPP involved with the case then, commented recently. 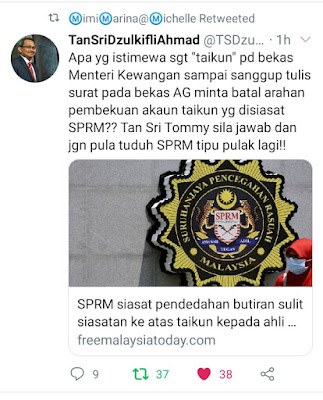 Again today, Dzulkifli tweeted to question what is special with the property tycoon that Guan Eng could write in formally to Tommy to request release of his money?

There are not many individuals or tycoons in the list of alleged recipients of money traced to 1MDB.

The property tycoon can only be one Tan Sri Lim Soon Peng.

A quick google leads the entrepreneur to the property group Titijaya and its listed vehicle Titijaya Land Berhad (Titijaya Berhad). 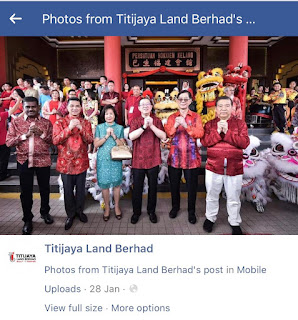 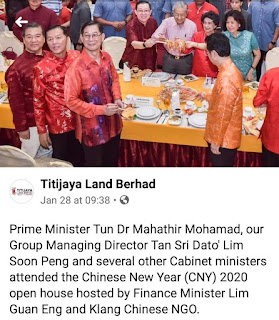 Its quite typical of businessmen.

It is looking to be abuse of power for clan kinship. A Lim helping another Lim.

It proves that Tommy, Guan Eng and Kit Siang together with Tony Pua are all one. 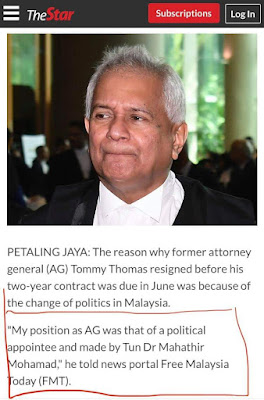 Tommy made a promise on the first day first he took office to ensure separation of powers.

PH promised Rule of Law but in practise, they ruled by their own law. He admitted being a political appointee and appointment made by Tun Dr Mahathir for the PH government.

More of the exploits of the Lims, poodle Pua and Tommy will be revealed.

MACC has confirmed the expose by FMT and the investigation details involving four accounts were leaked to a politician.

They confirmed Tommy instructed MACC to release the money.

Guan Eng requested Tommy to release the frozen funds which has not amounted to alleged RM4 million from 1MDB sources.

While other UMNO leaders had their accounts frozen and Tan Sri Shahrir Samad and Dato Ahmad Maslan threatened with compound and legal charge, tycoon Lim got to keep the money.

Questions that must be asked here, how come Finance Minister interfered with AGC work?

Anwar was charged and found guilty of abuse of power when he instructed the police to investigate the 40 Dalil book. So LGE has to be charged for abuse of power soon.

More questions: Why did the FM asked the AG to do so? What for? What did the FM gain from the tycoon, for doing this favor?

Tommy was under firing recently for attempting to tell the truth and trying to absolve the responsibilty of settlement with Riza Aziz (to be discussed in another posting). 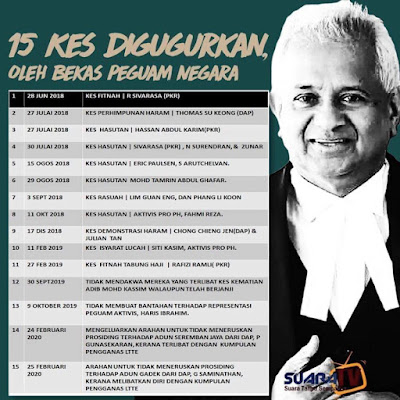 He may escaped some of the abuse of power he commited under guise of AG's legal disgression but any one in the list could catch up on him.

For Guan Eng, its Deja Vu. If not this one, there is still the tunnel case.

Guess he desperately needs the much psyched return of the PH government to yet again escape the courts and possibly prison. 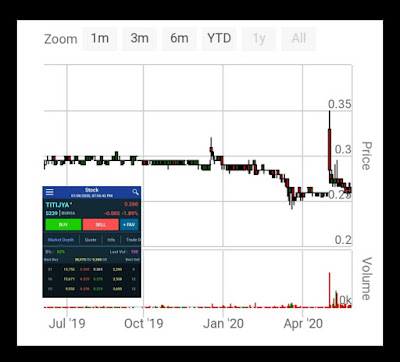 Not sure whether the news has reached the market but the Titijaya shares prices have not been doing well at around 25 to 26 sens today.

MACC could apply to freeze the public company and other Titijaya group of companies' accounts.

ROT IN HELL!! We will not forget Adib! LTTE! cheap bungalow! Tunnel!

How about all the FAKE and trumped up charges against their political foes?

Where is the "bersih" voice in all of this? Pukimak!