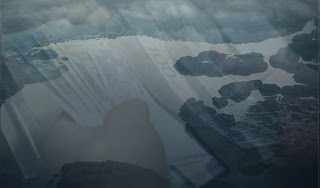 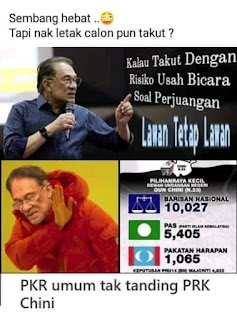 With BN and PAS together in the Muafakat Nasional coalition and PPBM officially giving support for BN, any opponent is in for a drubbing.

Chini is in Dato Najib's parliamentary constituency of Pekan.

His rising popularity and growing confidence from a fair hearing in court may have deterred potential opponent the embarassment of possibly losing their deposit.

Nevertheless, it is heard *eight nomination forms were taken at the Election Commission office. BN is confirmed to use the form for Mohd Sharim. 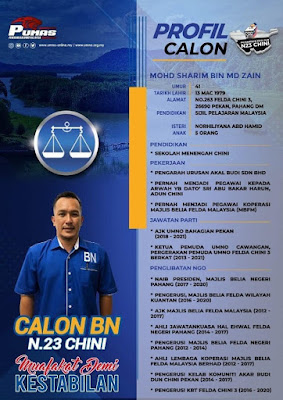 It means it is not going to be an uncontested win for BN. There is the possibility he is up against *seven independent candidates.

It did not come as a surprise and rumours are going around speculating Tun Dr Mahathir will be bankrolling a candidate.

If a figure of RM100 million is being talked about as incentive to entice an MP to jump across from Perikatan Nasional, an incentive of RM15 million was offered to run as candidate. 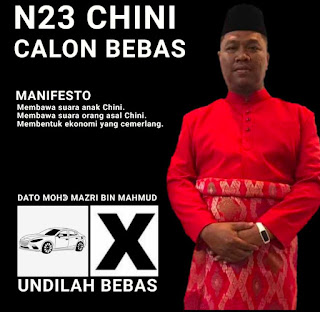 The others are not known, thus it is presumptous and an insult to presume someone of royal pedigree such as Tengku Dato Zainul Hisham to accept such money.

Mohamed Nazri is not known of his background.

Words making its round is a PPBM Pekan official will run as independent.

Nevertheless, it is premature to make such assumption. More so, the RM15 million rumour has not been confirmed.

A spouse to an UMNO Pekan division commented, "Why waste such money? They will lose. Might as well give them the money to belanja durian."