No sacrifice at all 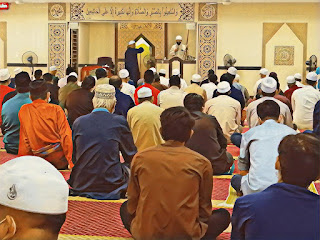 Salam Aidil Adha
Both sermons at the Masjid were talking about ritual of sacrifice.
It is to commemmurate the Quranic story of Prophet Abrahim undergoing the ultimate test of faith to carry out Allah's commandment to slaughter his own son, Prophet Ismail.

The morning sermon at our neighbourhood surau was particularly moving and expressed the essence in the meaning of sacrifice.
It was the story of a pious and learned man, who received a dream of being told by Prophet Muhammad that all the pious men and women he knew were not awarded Haj Mabrur, except for a person by the name of Abdullah.
Haj Mabrur is a Haj ibadah that is accepted by Allah.
Sacrifice 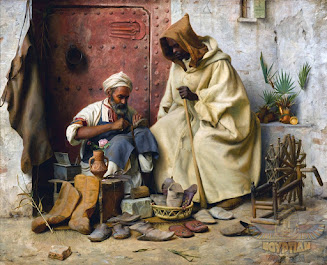 Upon searching for the person Abdullah, the pious and learned man found him to be a simple cobbler.
The pious man told him of his dream. The prophet mentioned him as gaining Haj Mabrur. When told, the cobbler was shocked. He had not perfomed the Haj yet.
The pious man asked what did he do to deserve such mentioning. The cobbler said he did nothing, except helped a widow and her six children.
He had saved enough money by putting aside money earned from his vocation as cobbler and was ready to go to Mecca.
Then one day, his pregnant wife smelled someone's cooking and had a craving for it. He searched and found the smell coming from a run-down widow's home.
The cobbler asked for a little of the meat cooked for his craving wife and was willing to pay for it. The widow sadly told him she could not give. The food is halal for us, but haram for him.
He was shocked and asked what she meant. The widow explained that she found a rotting donkey and took some pieces of meat to cook for her family. They had not eaten for days.
The cobbler understood and returned. He told his craving wife.
She prepared some food and the cobbler sent it over to them. He gave all the money he saved for Haj to the widow. Told her to use the money to make a living so that you and your family will not go hungry again.
The cobbler abandoned his plan to perform Haj. He was not tested by Allah to sacrifice his children, but he was tested to forego the holy journey he saved all his life to help a widow.
It is a similar story to that of Abdullah ibni Mubarrok.
Test 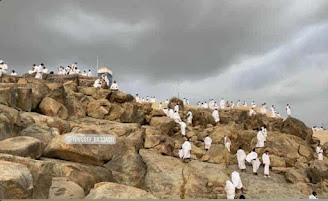 This year millions of Muslims are being denied the chance of a lifetime to perform the Haj.
The images of an empty Kaaba and barren looking field of Arafah during wukuf yesterday was disheartening. Saudi Arabia disallowed Haj this year due to Corona Covid 19 pandemic. Aspiring Dhufur Rahman (invitee of Allah) are being denied the opportunity.
In his sermon, the Imam of the Masjid at Arafah mentioned the test of Allah in his sermon, as in the extract from Geo News below: 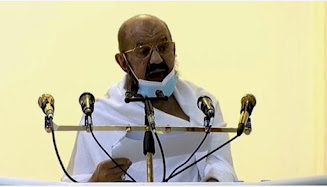 Hajj 2020 Khutbah: 'In adversity, turn to your Lord with humility, penitence, and hope'

Delivering the Hajj sermon in Makkah from Masjid-e-Nimra in Arafat, Sheikh Abdullah bin Sulaiman on Thursday said that in times of adversity, such as the current coronavirus pandemic, we must turn to our Lord "with humility, penitence and hope".

"My dear audience, life in this world does not remain free of difficulty, and this is why Allah, the Most Exalted, instructed us to persevere," said Sheikh Sulaiman.

He said that adversities "serve as a test for people", and "allow those who persevere to be distinguished from those who are impatient".

Sheikh Sulaiman reminded everyone that "no matter how difficult circumstances may become in this world, those difficulties do not last forever".

"Allah's mercy is always more expansive, and the relief He grants is always near."

Just like the cobbler Abdullah, the millions due to for pilgrimage are also denied. The comfort is it is hardly close to the test and sacrifice faced by the cobbler and Prophet Abraham.
This relate to the event of July 28th.
Whether it is a sacrifice and test or punishment, only Allah knows the absolute truth. Human is limited by merely an indicative of the truth.
Either way, leave it to Allah for guidance. Face it with humility, penitence and hope.
at 7/31/2020 06:16:00 PM

He is the propitiation for or the sins of 10th May. Healing hands will come from HIM. It is HIS promise.