Building the nation only to be robbed: The telco experience 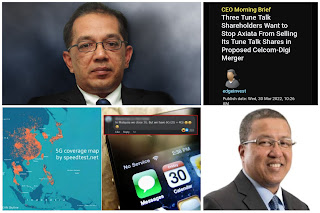 Connectivity is an essential ingredient in nation building today and its importance is not over rated. Federal government has a favour to return to an East Malaysian state. Instead of asking for more and better roads, electricity and other amenities, the state requested for a telco license.

Unfortunately, nation building in the area of telecommunication have been marred by robbers. In other words, nation builders were building the nation only to be robbed.

When the first telco license was issued to Telekom Malaysia under the late Rashdan Baba, he did not know what to do. Tajuddin Ramli offered to buy the license and Celcom started on its national building mission for national connectivity.

Off course, some segment of the public will not subscribe to that storyline due to past association of Tajuddin with Daim. Nevertheless that version of the story came from former Celcom employees who are PAS and PKR members. If it is time for Allah to dispensed justice, there could be a development in the near future to exonerate the 70 something Malay industrialist.

When the market realised the mobile segment of telecommunication was a high growth sector and was outstripping land line telephony, someone up above got greedy and new telcos such as Maxis were issued licenses.

Being late entry into the industry, Mahathir's administration gave them concessions such as no obligation to expand service beyond the lucrative urban market. 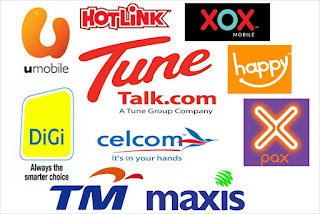 The likes of Maxis had the advantage of entering the market with the latest technology and exempted from social responsibility for rural connectivity. Slowly and surely Celcom was put at a disadvantage and naturally retreated from pole position to third in market share.

Rural connectivity was not any better as even the new owner and management at Celcom cannot beat but join them to foresake rural connectivity and the costly pursuit to be technology leader. Eventually all telco are reluctant to invest in new technology.

In a discussion years ago with the management of a telco when 3G was available network, they showed reluctance to invest in 4G. This partly explain for the reason government had to spend on 4G Jendela program.

It is overdue for 5G, yet majority of the telcos are dragging their feet.

But when DNB started to undertake the 5G infrastructure in which telcos will be forced to change their business from telecommunication operator to Mobile Virtual Network Operator (MVNO) to enable consumers to get cheaper and widespread 5G service, they sabotage and claim to their own 5G plan.

A recent article showed Singapore and Thailand already have widespread 5G connectivity. In Malaysia, DNB could not even get to rollout their 5G infra and the cancellation of 3G makes it difficult to get into a secured and continuous conversation on the road free from drop call.

There are many reasons for the 5G delayed rollout; be it commercial or political or envy or plain greed, but it will not be repeated.

However, public's impatience with poor connectivity is growing with "even Malaysia’s current 4G network fails to offer coverage in rural areas, while basic 2G networks are still limited in certain areas". [Read in World of Buzz here].

Consumers in Malaysia have yet to realise that they are paying a relatively high telco rate for services no better than that provided in Laos.

If Malaysia cannot even get started on 5G, eventually all the telco will be obsolete and companies from abroad will be encroaching into the border and no Malaysian entity will have a piece of the action in their own soil.

By 2023, Elon Musk owned satellite broadband service, Starlink will be available in Malaysia. It is already available in 32 countries. No optic cable and physical infrastructure required.

Facebook wireless and open source connectivity plan will be available for free access and their business model will be from the advanced usage of the freely available Apps. It was a collaboration with Deutsche Telekom, the former German technology partner of Celcom in which the Malaysian government shoo away.

Despite all the progress happening in the world, the plan to develop 5G in Malaysia is facing one obstacle after another from telcos. After being offered 70% equity in DNB, telcos aligned to the second network proposal insisted DNB should not commenced any work till everything is sorted out with them.

Yet they are taking it slowly. 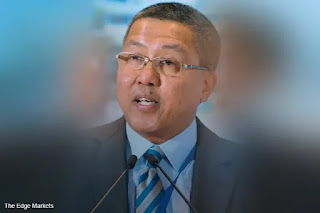 In the meanwhile, Dato Izzadin Idris has resigned as President and CEO of Axiata Group with immediate effect yesterday. Celcom Axiata together with Digi, Maxis and U Mobile wants a 51% stake in DNB. The telcos agreeable to DNB are YTL and Telekom.

Apparently, Khazanah owned telcos have diverging view on DNB. Will Izzadin's departure open up Celcom to the possibility of supporting Government's 5G effort?

“Basically if you don’t come in, we just have to open up the market,” Marshall said last week at his office in Kuala Lumpur. “The principle is accelerating the deployment and adoption of 5G in the national interest.”

Izzadin's resignation certainly raised a question. It is not so much the joint temporary CEOs are not Malaysians as the vernacular social media are concern off.

There was a rekindled merger planned between Axiata and Celcom with Digi, which failed in 2019. Nuclearbursaman highlighted that Tune Talk had taken Celcom Axiata to court to stop any the transfer of Celcom Axiata 35% stake to the merged entity with Digi.

During the administration of Pak Lah, around 2009, Tune Talk started to build itself into the largest mobile pre-paid MCNO service provider.

The political clout enabled them to carve out part of the bandwith belonging to Celcom after Tajuddin was force to sell Celcom. Tune Talk offered cheaper IDD calls and it could mean Celcom was forced to sacrifice their profit for Tune Talk to hitch a ride.

If Celcom and Digi merged and the stake is transferred to the merged entity, it will get complicated for Tune Talk. The money churner for Kalimullah Hassan, Lim Kian Onn, Jason Lo, Tony Fernandes, and Kamarudin Meranun. The negotiator then was Lim Kian Onn of ECM Libra fame.

One could speculate that the political funding for Khairy Jamaluddin's future onslaught for national leadership will be curtailed. So the golden shares at the disposal of the UKEC gang decided Izzaddin is in the way.

On the other hand, the path taken by Celcom Axiata is puzzling. MVNO is contributing less than one percent of profit and down the road it will contribute close to 50%. When the MVNO are doing well, Celcom has a clause to buy all the MVNO clients.

Celcom will come out the big winner by joining up in DNB, in which Kalimullah is himself promoting.  Yet Celcom is resisting together with Maxis, and U Mobile. Vincent Tan has directed U Mobile to bring down their 5G is coming webpage.

If Raja Petra care to do so, he could add Tune Talk in the list of Kalimullah's wrongdoings in which he was described as worse than satan during Pak Lah's time.