A Short Word on Writers, Back to Politics, and Bit on Economy 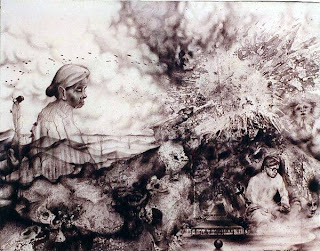 Browsing on few blog aggregators in the last 40 hours – Penggabung Suara …, Debat Rakyat, X-Blog, and few others – , where is the ceasefire? The SoPos are still pounding away. Those attending the luncheon don’t seem to do so too. (Prima, SH Al Attas, Kuda Kepang, Abu Bakar Ninggal, M Sayuti, Zabidi Saidi, and others)

Bet Dato Aziz Chemor must be feeling restless. He predicted our politics could run us to the ground like whats happening in Indonesia. Having gulped few slices of expensive salmon and half a dozen mussels, and something on the side before departing the group, this blogger is bought. Aziz bought himself from any “shelling”, literally speaking, from this blogger.

By the way Pak Habib, blogger Tunku preferred me as Senator Nominee rather than Pak Ya and Pak Dharma … hmmm new blood perhaps? Nomination closed. Shall the SoPo bloggers vote?

(Feeling overconfident that the generally younger bloggers will prefer the hipper me over them. This Berani Berubah supporter has no fear of losing, but tangan kosong ...)

If we can’t get a seat like the OKUs and Actors, let’s replace someone. The Senate needs the OKU representative, Professor Ismail Salleh. He is brilliant and furthermore, in the spirit of cronyism, he is my mother’s pupil.

This blogger believe anyone can replace Jefri Zain@Tan Sri Jin Shamsuddin. He should have stuck his shallow and cliché arguments in films and not in the honoured hall. He is still hallucinating from the illusion that Pak Lah’s presence till June 2010 is necessary. His unfinished Pasir Salak film must be still short of funding, eh?

Dato Ron for MKT, why not? He still has some youthful vitality and still socialise with the young. He reads, and writes incessantly. Tolong brader, sup-plo pencalunan!

Jokes aside, Aziz's concern has its justifications. There are a lot of divisive issues wrecking our society today. The economic challenges are immense. And, the neo-colonialist threat are real.

The manner DAP and PKR is reviving decades old, if not century old, racial grudges and blood lies and disputes (do read history) will revive old anger and confrontation. This blogger is confidently sure. 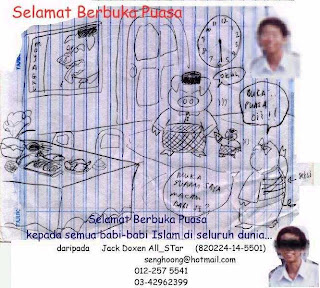 The royal proclamation doesn’t seem to stem criticism on the Social Contract.

Sadly, a Malay who benefited financially and decorated immensely from NEP, Tan Sri Khalid Ibrahim is subtly leading the voice of defiance. By saying the right to discuss remains, he is questioning the Royal request to cease discussion. When penalised, Khalid will lie through his teeth and conveniently claim being misquoted using his stutter as an excuse.

While the Royal Proclamation is being questioned in a more subdued manner, Kalimullah and his band of gasing players are throwing fear factor in the midst of Gerakan and MCA party election. 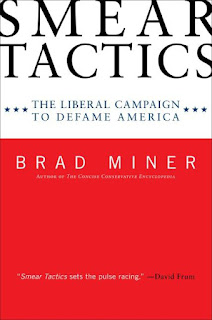 Thanks to Musa, the raccoon disguised as retired politician, terms like Mahathirism, return of right wing politics, Malay ultras, Conservatives and other terms are recklessly brandished to label negatively the incoming new leadership team.

Ultra Malays are cheap labeling by racist in-denial of Malay right to the continuity of cultural and political sovereignty, refusal to foreign models and templates, and essentially believers in the Malaysian way or Malaysian compromise or Malaysian own unique solutions.

Khairy too is jumping on the labeling game. Malaysia Insider presented Khairy as trying to avoid returning back to right wing politics. He is now trying hard to present a Malaysian image and not merely Malay to garner public sympathy in his fight for Ketua Pemuda UMNO. He put the commitment to reunite after it’s all over. BN Youth must unite too, he said. 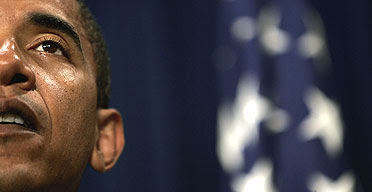 Malaysian Malaysia in him is rearing its ugly head. Who will believe? MCA wants him taken in for ISA. Gerakan got a police report on him. Remember your own keris waving act and attack on Penang Gerakan? We lost Penang because of you!

Khairy will win by the Bradley effect and lots of Agong heads falling like rain.

Gerakan is threatening to get out of BN. SAPP already did, except their Bebas MPs are still pro-BN. MCA wants all sort of demands. Sure … can consider but please win your own Parliamentary and ADUN seats! 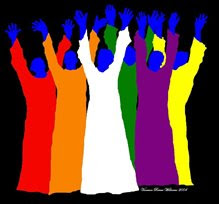 When MCA said UMNO should stop being a bully, PBS openly agreed. Harris and his Berjaya have some old score with PBS. “Remember, you stabbed BN at the back weeks before a General Elections!”, he cried.

“Gerakan was together in it but chicken out at the last minute.”

With Hindraf an outlawed organisation, things will get messy with MIC and their Indian support. Hey dey Samy … pencenlah! But ayoyo how to? No replacement. S Subramianiam only can tanni!

More is expected to come from Sabah and Sarawak.

PKR is silently hoping it could get some crossover. None of the Melayus are interested. Without the Melayus, Anwar will never get the royal blessing to form Government. All this bersedia call is merely to save his ass from reentering Sg Buloh. The case is air-tight. The DNA hoopla in Parliament was just diversion. This case is so air-tight that any new prosecutor can pin Anwar in court.

Without Anwar, PKR will disintegrate. Malay gets back to PAS and UMNO. Indian back to MIC or whatever multiracial party they think is multiracial. PAS and DAP will be back with their quarrels on Islamic State. If Khairy lost his Ketua Pemuda, he will join PAS ... 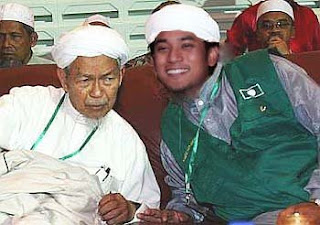 With all the chaos and unacceptable pre-retirement attempt at change, sleepy doesn’t deserve another five more months. He should and he will go. And all his people – the Zahid Hamidis, Shaberrys, Mat Taibs, Ali Rustams, Norza Zakar-rias, Gay Azalinas, Noraesahs, Khairys, JJs, and other two bit players – must go!

Abdullah's continual presence will do more damage to the country and society. Prediction: December and not March.

This gave raise to the recent political exchanges where Abdullah was on tantrum of Dr Mahathir being election director.

What’s wrong with my people, you asked? Frankly, they are sub-standard or mediocre in their capability, and moral standards. His young people are devoid of the Malay spirit and sense of belonging to the Malays.

As former PM and UMNO President for 22 years, don’t Dr Mahathir has any right? Dr M easily rebutted. Tunku and Hussein Onn criticised him when he was PM. This Melayu (or precisely separuh Kwantung) selalu mudah lupa.

To those idiots defending the PM by shouting, “Stay out of UMNO matter!”, here’s the middle finger for you! Whatever happens within UMNO affect the whole alif, ba and ta. Badut-badut sekelian, are you asking the citizens to stay out of voting UMNO too?! 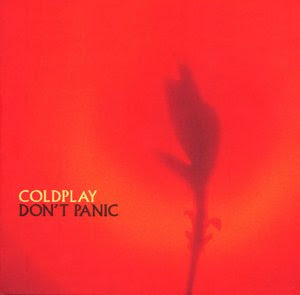 I know. I know. Too much politics. Headache.

Off the cuff, face fact that the capitalist system is doomed. The three pillar of capitalism – banking, equity market players, and Insurance – are collapsing. No US$100 billion will be sufficient to bailout the industry in US.

With the collapse of western capitalism, a Government statement that the economy will not be seriously affected is only to console themselves or wishful thinking for the people to hear.

Ready ourselves for a new financial system.

It must be one that is ethically based, complimenting real economy of goods and services, shared risk between owners of capital and entrepreneurs (not risk free), and not an economy based on growth by any account to compensate for interest cost and payments. 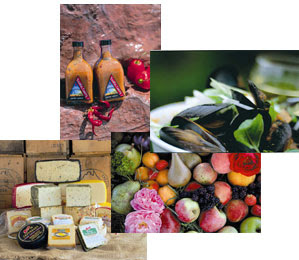 To revive back the economy, one needs to go back to the basics of real economic activity. Build and produce things. Provide services. Work hard. Reward the industrious. Think to overcome obstacles. Pay if we need to pay. Play fair. Socially just.

Before any attempt to revive the economy, lets not elude ourselves with cheap labour model which only remit some RM9 billion half yearly out of the country. Bring in technology, mechanisation, automation, and system to improve productivity with the higher wage structure . Make job work flow easier and working condition better. Seek ways to bring investment down through tax incentives or local production of R&D.

Cut off the blood suckers and their mambo jumbo finance and financial market out. Back to real role of comlimenting economic growth and not be the determinant of economy.

Review back the idea of Khazanah and its purpose and structure. If FDI is slow, why are micey GLCs following the Pied Piper (investing aborad) into the river? Maybank BII’s foray is an expensive lesson.

Find the sector to lead the economic recovery. Maintain a low inflation policy and low at any cost.

The Tingkat 4 experiment is accountable for wrecking the capacity building, particularly in manufacturing sector and aerospace undustry. They effectively shelved the 5 year Industrial Masterplan by turning in into a 2005-2020 plan.

The Agriculture program should be sufficiently funded. As it is it, Pak Lah’s agriculture and bio-tech plan is only a wet-dream. Without sufficient funding, it is pursuing non strategic specialty product instead of true import replacement. 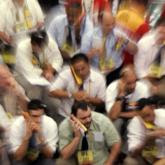 Get to the nuts and bolts of economic development. Let’s not turn what seemed as IT, Bio-tech, Economic Corridors venture into merely property plays. Dump the Economic Corridors for a less bureacratic and realistic central economic planning and coordination.

With the world shrinking and without a leading country to lead the global recovery, we have to unfortunately become inward looking. Make the domestic economy self sufficient. Impart patriotism in commerce and business. Buying Malaysian help local economy, job, boost competency, and keep Malaysian money inside.

Whatever it takes, protect the local institutions and strategic corporation from going under or being taken over by predators. Value Cap is fine as long the EPF money is not gambled to bailout personal vehicles of Abdullah & Sons like Scomi, Equine Capital, and etc.

He wanted IMF policies of liberalisation and market determined economy. Let him taste his own medicine. It would be sweater if "his people" didn’t get to run due to insufficient nominations.
at 10/23/2008 12:43:00 PM

This "Bit on Economy" is grossly understated. Frankly, word-for-word, it's the most pertinent piece of information about economics and financial matters that has ever been written!

Forget all those lengthy reports made by economists and assorted "experts" who simply camouflage their lack of grip and understanding of realities with all those statistics that just bully the layman into being silent. Your take is all there is to it, and I thank you for taking my understanding of this matter to a new and much-higher level.

Your opinions and that of Sakmongkol AK47 about this and other matters will form the basis of my own perception on things from now on.