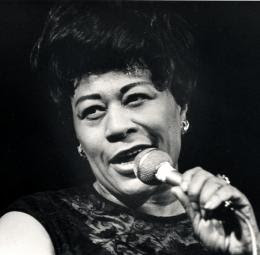 The saying goes, "It ain't over till the fat lady sing."

Sime Darby pulled out their interest from the proposed takeover of IJN. The full report is reproduced at the end of this posting. However, reading Malaysiakini.com's report here, the victory touched on one big ego. Whether it is Zubir himself saying it or on behalf of a certain 'someone', do not expect the Empire not to strike back.

Do not be surprise in this era of flip flop administration that it could reemerge agian after the Kuala Terengganu by-election. Thus, the title of this posting read as "Till the Fat Lady sing".

The success seemed to have gotten into some doctors head as they claimed the glory of victory as their own. The Doctors' press statement on December 19th, 2008 was an essential piece. Should the credit be only to themselves as signatory for thwarting the predator? Anyone asked who initiated it? Whose idea did the initiative comes from?

Perhasp, I do need to knock some sense into these doctors. Rocky Bru's praises yesterday here was to all parties and it is only the polite thing to do. His and Sime Darby Watch blogs alone could not have done it. It was the support of many that helped. There are many real heroes beyond our knowledge, sound and sight. For I only know part of it and I am not telling.

In the first place, this takeover proposal would not have happened if there had not been any mole within IJN - be it Members of the Board of Directors, Management, Medical and Supporting Staff, or any aspiring chap - leaking information to the other side. Any takeover, more so in hostile takeovers, need such characters to feed information.

They need mole to play the role to instigate staff dissension and division within the ranks. For example, without the unions support, Airline takeover could not be done. No management is without any fault and no organisation is without aspirant eager to replace the existing managment. Predators strive on this type of conflict within the organisation.

IJN as any organisation has an age old competition between the medical and non-medical staff. The doctors, being class valedectorians in schools, feel the world owe them a more substantial role than playing doctors and attend to the sickly day in day out. Believing they are bright and clever, they would naturally believe they or someone among their peers should be in the driving seat than the non medical staff.

Well, I do share their believe. CEOs should appropriately be those with the technical background and experiance in the company's core operation. However, there is more to it because leading an organistion requires the multifacet non-medical skills. Do we have such doctors? Will doctors know how to fight a corporate takeover battle? But, lets leave the polemic at that; it is a polemic longer than whether one should be an anonymous blogger or not.

The doctors claimed they are least concern about their pay package but more on their patiance well being. Thats truly very noble. But please, if that is the case, then we will have to believe every politicians words - irrespective of their political party - that they are only concern with the well being of the people in their constituency. Being human, the doctors do complain about their pay package and are envious of their peers abroad.

These talks are music to the ears of corporate predators and in the case of SD, that is exactly the gula-gula they promised them. It would be perfectly natural for some doctors to be tempted (I read such in one comment). Not that I have no doctors friend in IJN. It is common to hear of doctors complaining privately that they could make more money in Singapore, Middle East or some Orang Putih Countries. There is nothing wrong. They are just being human.

The Management maybe faulted for not fulfilling the aspirations of the "scientist". They may have been seen as being too pragmatic in their management to meet up to the demands for their services, but have not come up to the expectation of doctor's in their pursuit for excellence in medical science to do research, develop technology, create innovation, and undertake training as in the name Institute. But those are internal management and operational issues best to be adressed internally and discussed till a workable solution is reached.

While Sime Darby may have backed-off, we have yet to hear from Prime Minister Abdullah Badawi himself, for whom "Chief Postman" Dato Dr Sulaiman Mahboob still need to refer. We have yet to hear him explicitly confirm IJN will not be privatised.

Until he truly leaves in end of March 2009, he is still in the driving seat of the country. Words are he still want to remain and have cooked up an insidious scheme to enable him to stay after March 2009. I am not buying his denial. Hint hint ... why did he expressed his anger and is rooting for the intellectually challenged Ali Rustam for Deputy President UMNO?

This maybe a cliche, but the whole of IJN must stay united. They should support and look out for each other. They must start cracking their brain on how to protect this gorgeous organisation they have created. Having a gorgeous organisation is itself a problem. Thisis the reason many seasoned corporate players do not make their company looking that sexy to avoid hounddogs picking up their smell.

But IJN is not a corporate player's vehicle and it is not a profit making entity. They have been true to the purpose of their establishment. If I could suggest, they could look to restructure the organisation under a Foundation with certain protective clauses incorporated into the Trust Deed and attain a Royal status to be called The Malaysian Royal Heart Institute. There is some advantages behind it. Get Agong or Permaisuri Agong as Patron and a powerful Chairman. Maybe someone with a big mouth and a doctor?

In the meanwhile, don't continue to gaduh with the politicians. Save their face. Share with them a piece of the limelight. Thats all they want. If you need to hantam, you can always rely on the bloggers.

The game maybe over for those within IJN but it is not on Sime Darby. Something awfully odd and strange behind the proposed new LCCT as Airport City for Labu Vision City. This is a similar development concept to the airport development of Subang Jaya-Subang Airport. But, do we need it with KLIA already have development plan blueprint.

Why in the hell is Government approving the proposed LCCT for Labu? Now that Malaysia Airport Berhad and Tun Dr Mahathir have expressed their pieces, how will Government react?

Dr Sulaiman, warm up your red bicycle, you have a letter to deliver!

By LESTER KONG and YUEN MEIKENG

PETALING JAYA: Sime Darby Bhd has called off its bid to buy a majority stake in the National Heart Institute (IJN).

The company said the decision was made after taking into consideration public sentiment and feedback on the takeover plan since the Government announced that it had deferred its decision to allow Sime Darby to begin negotiations with the Finance Ministry to take a 51% stake in IJN.

“The company wishes to announce that it will not pursue its plan to acquire an equity stake in IJN,” the company said in a statement to Bursa Malaysia.

“The company, nevertheless, will continue to look for opportunities for expansion in the health-care sector.”

Sime Darby first proposed to buy a 51% stake in IJN on Dec 17 after sending its offer to the Government.

On Dec 19, the Government an-nounced its decision to defer negotiations.

Malaysian Medical Association president Datuk Dr Khoo Kah Lin said the decision by the conglomerate showed that it was sensitive to the wishes of the people.

“I hope no more private firms will approach the Government to purchase a majority stake in any essential services run by the Government,” he said.

He said the cost of any essential government medical services was bound to increase once taken over by private companies.

“Although they said they would keep prices low for patients, eventually they would have to listen to the shareholders,” he added.

“I am glad that they are aware of not only the public’s sentiment but those who are still working at the institute. The ownership should remain untouched,” he said.

Abdul Khalid added that the Government should now find ways to improve the institute’s infrastructure by setting up branches in the east coast, Sabah and Sarawak so that there would be easier access to treatment.

“At the moment, IJN performs about eight to 10 open heart surgeries every day. But with branches, this number could increase,” he said.

This is a good post to remind all and sundry that the issue is merely placed in the backburner. When no one is looking, it will rear its ugly head again.

Salam,
Well written article and kind of a reminder.

The key word is "flip-flop". If in the previous year someone promised that election won't be done in neartime, but dissolving it in next few days; and not to rise the price of oil, but then in a few hours has done it; I guess this event will not be an exception too.

Are they infected with "God's greatest gift to mankind" syndrome?

But if they are, I feel sorry for them folks.

This is a shrewd article.

I wonder who is that person with a big mouth and a doctor.

Hope he has a heart of gold.

That man had his "heart" there.