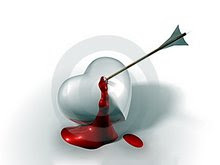 The EPU meeting with IJN proceed as scheduled. Sime Darby was not present.

The initial information received from EPU source revealed the rationale was to improve doctors pay package and increase financial capacity for expansion. It is similar to Sime Darby's expressed justification for their proposed takeover of IJN.

The IJN side dispute the rationale of EPU with the doctors' near 'unanimous' press statement on December 19th, 2008 and IJN's financial reserve of RM400 million. They argued that IJN could raise more fund to finance expansion by leveraging on its reserve.

Sources said the representative from Ministry of Finance present strongly opposed to the privatisation and insisted IJN should remain a non-profit organisation. They explicitly expressed the Minister of Finance is opposed to the Sime Darby proposal.

The same source believed the privatisation will proceed after the Kuala Terengganu by-election.

Why is EPU resonating Sime Darby's rationale? Does that explains Sime Darby's absence? EPU is speaking for them. EPU falls under the Prime Minister's Department. Is PM "taking instruction" from Sime Darby Chairman, Tun Musa Hitam? And, why the hurry?

Thanks for the update. This is a ridiculous state of affairs. Is this how major governmental decisions are made nowadays? Shocking!

4th floor boys is just taking a leaf out of mahatir's books. rocky, calls it "midnight regulation".
mahatir did it. now, the sleepy head just follows. but this is even worse than crooked bridges, double tracking and jackpot licences.
its just heartless, isnt it voice. when will God open their hearts to stop them from engaging in such heartless act of robbing the poor of decent heart service? is money everything?

Truly they are a greedy lot. That 400 million shows their true nature... just like Zionist.