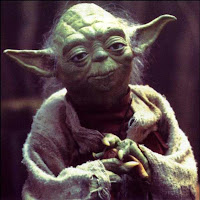 The plight of the journalist at the hands of Securities Commission received the attention of Konsensus Bebas Member of Parliament, YB Wee Choo Keong, who intend to raise the issue in Dewan Rakyat.

Yesterday's revelation of Azizan's involvement in Isyoda filled up some missing puzzle in the Shah Alam Hospital saga that was raised in December late last year by DAP MP, YB Tony Pua.

Azizan's Isyoda was a sub-contractor to contractor Sunshine Fleet. They couldn't finish the job due to financial problem and had it subcontracted to another company, GM Healthcare. Then it became a legal problem between Sunshine and GM Healthcare. It was revealed Azizan's Isyoda had promised money to Sunshine Fleet Chairman to secure the RM482 million Shah Alam Hospital project.

One commentator, Singh is King described Isyoda as Zarinah's Waterloo that could force her to relinquish her SC Chairmanship. She assisted husband Azizan to delist the Company at double quick time. Where are the interrogators?

This leads to two questions:

Why didn't Tony Pua divulge the name of Azizan? The commentator suspect that he was avoiding from being linked to Azizan's business partner, Dato Kalimullah Hasan who recently have been funding Pakatan Rakyat. [What does that make of Tun Dol, Khairy and also Zarinah's political loyalty?]

Husbands and wife do not have any wall between them in their bedroom, Chinese wall or any wall. Commentator asked, "How sure are we that he is also not acting as the market talk implies as the "Mr Fix It" for those who have problems with the SC, and are willing to part with six figure amounts, to see the problems disappear."

For a background on the Shah Alam hospital saga, read following excerpt from a Malay Mail report dated May 17th:

The suit, reported in The Paper That Cares on April 23, came after Sunshine Fleet failed to respond to a 1-day notice of demand by GM Healthcare for RM10 million, the bond it placed with the Public Works Department (PWD) on Sunshine Fleet's behalf.

On April 28, we reported that Sunshine Fleet director Putera Azamuddin Shah Abdul Aziz, 28, had filed a petition to wind up Sunshine Fleet via his counsel at the High Court registry in Shah Alam.

Putera Azamuddin Shah, who is the Selangor Sultan’s nephew, named his mother Tengku Putri Arafiah, his uncle Tengku Abd Samad Shah and the company as respondents.

His mother, who is the Selangor Sultan’s sister, and his uncle are directors of the company.

We also reported on April 30 that Works Minister Datuk Shaziman Abu Mansor claimed his officers had inspected relevant records and work progress and found no evidence of breach of trust or contract.

He said they did not find technical problems to warrant any action at the project site.

On claims the hospital cost had ballooned to RM482 million from the initial RM300 million, the minister had said such situations were common as prices for materials may increase, so it would be okay to include the cost into the overall construction budget.

He also said there were no work delays on the project.

It was reported that Isyoda Corp, which Sunshine Fleet had originally sub-contracted the project to, was unable to complete the project after facing some financial constraints.

Sunshine Fleet had then sub-contracted the project to GM Healthcare.

Initially slated to be completed in November this year, the project was granted an extension to June next year.

Despite being the Selangor capital, Shah Alam does not yet have its own public hospital.

Recently June 23rd, 2010, Tony Pua made further revelation and backed by documents. Opposition or not, how not to use? Below is the Malaysiakini report:

KUALA LUMPUR: The Shah Alam Hospital saga has taken an “Ali Baba” twist with revelation that the main contractor for the RM482 million project did not do any work at all and yet had made a handsome profit.

Speaking at press conference at Parliament today, Pua produced two documents which clearly showed that the whole project was being carried out by the sub-contractor, GM Healthcare Sdn Bhd, and not the main contractor, Sunshine Fleet Sdn Bhd.

One document stated that a letter of award was given to a sub-contractor, Isyoda (M) Sdn Bhd, a company which eventually had to opt out after it was delisted from Bursa Malaysia.

The project was subsequently given to GM Healthcare.

“In the letter of award, it was stated that RM451 million would be given to Isyoda while Sunshine Fleet (the main contractor) would receive RM482 million from the government.

“So the main contractor gets a net profit of RM31 million… this is a clear ‘Ali Baba’ project. The PWD needs to take action against Sunshine Fleet...,” he said.

Pua said the fact that Sunshine Fleet is making a net profit without doing any work (since the whole project is handled by the sub-contractor) contradicts the terms of the contract awarded by the ministry.

Pua also said that a second letter by Isyoda to Sunshine Fleet showed that the former had promised a payment of RM46 million to the Sunshine Fleet chairman personally, and not through the main contractor.

The unconditional payment, according to the letter, was in consideration of Sunshine Fleet’s “efforts to procure the letter of award to be issued to us in further consideration of your future contribution and cooperation to ensure the smooth operation and success of the project”.

It also said that the RM46 million would be paid by instalments. From this amount, said Pua, Isyoda promised to pay 9.5% progressive interim payments to the Sunshine Fleet chairman totalling RM77 million.

“This is seen as a commission for this contract. But is it really a commission or a bribe? We have given this to the MACC for further investigation,” he said.

Shah Alam Hospital is reportedly bogged down in a legal tussle between Sunshine Fleet and GM Healthcare, giving rise to fears that the project will not be completed on time.

But Works Minister Shaziman Abu Mansor dismissed such fears, saying that the project is on track.

Besides, he told Parliament today that the government is only responsible to the main contractor and has no authority over payments to the sub-contractor.

It has been reported that GM Healthcare has filed a petition to wind up Sunshine Fleet over a RM10 million debt.

Sunshine was served the notice on April 1 this year after it failed to pay the RM10 million owed to GM Healthcare. The RM10 million is the bond GM Healthcare had placed with the Public Works Department (PWD) on behalf of Sunshine Fleet for the design, construction, equipping, commissioning and maintenance of the Shah Alam Hospital.

'No action against Sunshine Fleet'

In reply to Pua, Shaziman said that as long as the project is on schedule, the PWD will not take action against Sunshine Fleet.

However, he said that a new law, Construction Industry Payment and Adjudication Act, will be introduced to ensure sub-contractors are paid on time.

“This will help protect sub-contractors who do not get any payment from the main contractor,” he said.

Shaziman also said that the PWD has not detected any breach of contract allegedly committed by Sunshine Fleet.

“In view of this, the question of the project being delayed or the contract being terminated does not arise. This is because the project is on track and (the parties) have observed the terms of the contract agreed to by the government,” he said.

The hospital, which was slated to be completed in November this year, will be ready by June next year.

Opposition MPs have repeatedly raised the issue, alleging that there were discrepancies in the contract PWD awarded to Sunshine Fleet through direct negotiation in 2007.

The situation took a turn for the worse when the board of directors of Sunshine Fleet, many of are related to the Sultan of Selangor, became involved in the legal squabble.

To add to those information, yours truly is aware of a character by the name of Tony Tan related to Isyoda.

Tony is a wheeler dealer linked to former leaders and personalities of Parti Melayu Semangat 46. Names will remain secret for the time being.

What he does is to identify companies seeking project financiang for a project in hand. He would buy in into the company but only pay the initial 10% of the share value.

Subsequently he would hawk around teh project to syndicate financing from Banks or individual for a cut. He is known to be in Isyoda and that would mean Azizan is also in on such bogus commission generating con.

By the look of it, they may have pull a fast one on the Shah Alam Hospital project.

Now there is another piece of information that needs confirmation. It seems there is a party within Sunshine Fleet is married to a high official in PWD or JKR. If it is true, it would be unfair to accuse the invlvement of members of the royal household of Selangor of royal abuse.


"Zarina, Zarina dont act so queer.
Stand up, stand up - the money is for the beer."

Did you know that Tenco Bhd, now known as Nagamas International Bhd, was a PN17 company up until September 2007?

Did you know that that as at July 2007, Azizan was not a registered shareholder in Tenco?

Did you know, that as at July 2008, Azizan Abd Rahman, the husband of the SC chairman appeared as a shareholder of Tenco @Nagamas via NOMINEES.

He was also made a director of the company on OCTOBER 2007, ONE month after the SC ok-ed for TENCO to be taken out of PN 17 . How NICE.

Azizan bought 1.9 million Tenco shares on March 2007 on the cheap, just five months before TENCO's practise note 17 share was taken away by the SC. How NICE.

Is this the reason, why people call him Mr Fix It?

ZARINAH is a political liability to the Prime Minister. She should QUIT.

Salam - reading and knowing more of this "Mrs Z" business make it so stinky to 7 hell. I give up on this country and everywhere you go there will always be people who have conflict of interest and milk/squeeze out as much as they could. How much do they need to live for the rest of their life? How much longer do they think they can live? We all live on borrowed time. Tak cukup2 ke?

it seems that many of the previous pm's appointments have become a liability to current pm.

isn't that good enough to warrant a deep and full investigations on all these appointments?

oh my god how can all of you say nasty things like this without even knowing head or tails of anything? wise up please! dont character assassinate individuals just based on biased insinuations. Obviously someone is planting all this stories to hide the real issue.