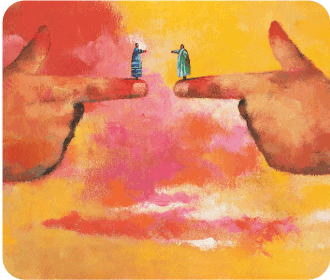 There is more information to come out on "Mrs" Zarinah and one is a shocking one. However, let us await her reaction after it was raised in Parliament. It can be quite boring to read this blog only on Tan Sri Zarinah Anwar and her "Mrs".

While SC Chairperson, Zarinah is playing cool at the outside, Khairy had already panicked and already contemplating of quitting Ketua Pemuda UMNO. Inside SC, Zarinah is frantically trying to put some answer for the Minister. Any simplistic denial will lead to more in the next Parliament seating. Bloggers will dig and dig further.

In the meanwhile, there is something really interesting elsewhere.

Since the last we at Another Brick in the Wall (ABITW) wrote about NEAC member Dr Hamzah Kassim and the Human Resource Con-Sultan, Innovation Associate on June 21st, 2010, they have been turning over carpets and furnitures to find bug at the office. These listening bugs are available in Singapore.

They have been scrambling all over the place to figure out who had leaked information about Dr Hamzah Kassim and Khazanah Con-Sultan, Innovation Associate to this blogger?

My advise: Why waste time on such futile effort? They are acting similar to Anwar Ibrahim running off in panic to the Turkish Embassy. It will indicate there is truth in what was written.

No there is truth? So, why not go to the press and deny? No, it will attract attention?

It is the same actually. ABITW has readers from amongst the press community. Probably, press people like BK Siddhu, Dalila, and those financial journalists being intimidate by SC are reading this blog. By panicking, it only inspire this blogger and others to dig up more crap of this outfit.

Even if they are able to trace who this blogger is, unless they dare to kidnap and beat me up Japanese Occupation style to get my sources, don't waste time. This is one Malay fucker you are not getting anything.

Since Hamzah and IA is in paranoid mode, sadistic me find it thrilling to reveal more. If it isn't true, do call the press and make a denial. Believe me, silence is not necessarily golden. Not when you are a Con-Sultan wasting public money for self enrichment.

Before revealing the new revelation, this is also an opportunity to refresh the same story. Readers should re-read snippets of what was written earlier below: 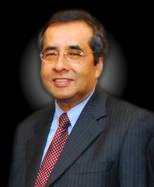 This lead to a 'tale of shit on a tail being wagged'. The shit will hit the ceiling and dirtied the walls.

It is a case of 'double dipping', by a member of the highest economic planning body i.e. the National Economic Action Council (NEAC), namely one Datuk Dr. Hamzah Kassim, that will destroy every good effort made by the PM.

Hamzah is regarded as a leading human capital expert in the nation and highly spoken of by industry and amongst academics.

He sits in the NEAC having the specific interest in human capital that is being advised, formulated and planned for the Government as policies and implementation programs.

It is strongly believed that PM Najib’s recently announced plan for a ‘Talent Corporation’ in the 10th Malaysia Plan presentation to the Parliament two weeks ago was the brainchild of Hamzah.

Hamzah also sits on the board of Encorp Bhd and thought to have a close association to Dato’ Mohd. Effendi Nawawi, the former Minister in-charge of EPU.

This former ISIS researcher-turned-consultant is the Group CEO for local consultant Innovation Associates (IA). The IA Group was spinoff from Ernest & Young Cap Gemini when the Malaysian partners decided to start their own some eight years ago.

The group’s mainstay of business is consultancy, technology (which include ICT) and human capital management. They even have dedicated subsidiaries for these business activities.

Hamzah is the Group CEO of IA Group of Companies and plays a very active role in the business development of these subsidiaries.

The question arise is how could an NEAC member, who is planning and formulating the human capital for the Government and later become policies, blueprints and implementation programs, be awarded and is still pursuing Government contracts?

IA Group is an IT player is believed to ride on Felda’s position being a GLC and PM Najib’s close affinity for the land reform agency that turned into a full fledged business entity.

Hamzah is also believed to be very close to Felda Group CEO Dato’ Mohd. Bakke Salleh, who has been announced as the upcoming Group CEO of Sime Darby Bhd.

Now that Bakke is the Group CEO for a Malaysian MNC with very large regional operations in China, Hong Kong, Indonesia, the Philippines, Australia and some African states, Hamzah would naturally ‘ride’ on all the opportunities that will open to him and the IA Group.

Hamzah's integrity is at stake here. He is a Commissioner of the Malaysian Anti Corruption Commission (MACC).

This raises more question. Could and most importantly, should an MACC commissioner, who is also member of the NEAC, canvass in direct and indirect business opportunities and contracts from Government and GLCs?

Today July 15th is Dato Mohd Bakke Mohd Salleh first day at Sime Darby. Our friend, Hamzah and Bakke had a venture then called Felda ProData Sytems. Unfortunately for Hamzah, there is no business generated from Felda ProData.

With him now at Sime Darby, it would be an excellent ground to "plow and harvest". Bakke owe him for the failure at Felda ProData. They must be work flowing for Innovation Associates to do Management Consulting, Technology or Outsourcing in areas of BPO, Human Capital and ICT.

Except for the fat slob money wasting Members of the Board of Directors and Management team, there would be lots of innocent heads to roll. The other BS could be pitched later.

This would also be an opportunity for Omar Ong to put his devious plan to pushover established Malay executives like what he did at Petronas to be replaced by his fellow Chinese in Sime Darby.

Not that this blogger is against Chinese joining Petronas, but not at the expense of existing staff. Go through the mill la. This is not DAP Penang where there is an appointed Chinese DAP officer assigned to every Malay officer and that Malay officer is made irrelevent by design.

That is how Ethos Consulting see as 1Malaysia. Naturally, Ethos will be consulting or skimming the top by getting paid for choosing the Multinational consultants. Those interested must kow-tow to that skinny Aziz Osman-look-a-like muallaf who dreaded being converted young and live to be associated with unprogressive looking Malay Muslims.

Money is no objection for Con-Sultan but his preferences are McKinsey & Associates, Boston Consulting Group, Bain & Co., Booze Allen Hamilton and anything Mat Salleh.

Dogs and Melayu need not apply.

"GEORGE TOWN: The Government is working to woo back more than 70,000 Malaysians now working overseas by reducing bureaucracy and offering better perks, Minister in the Prime Minister’s Department Tan Sri Nor Mohamed Yakcop said. He added this move would be made possible through the establishment of Talent Corporation next year, he added"

Bro what is the common factor between Zarinah Anwar at SC, Hamzah Kassim from Penang, ECM Libra approval, Kalimullah etc? The answer is Nor Mohd Yakcop. They are all appointed by him, his cronies or have connections to Nor Mohd Yakop.

Nor Yakob says Talent orporation will be tasked with getting back 70,000 Malaysians to come back and work in Malaysia. This is a stupid thing to do and a waste of time. They will not come.


Never mind. In the meantime Talent Corporation will charge the Gomen say RM10,000 per head to lure back these Malaysians.


They will get money from the Gomen for advertising, travel expoenses (1st class of course), appointing consultants, conducting workshops overseas with zero outcome.


How much will the Government budget for Nor Mohd crony Hamzah Kassim's Talent Corporation?


Nor Mohd and Hamzah both come from Penang. The mamak connection.

'They will get money from the Gomen for advertising, travel expoenses (1st class of course), appointing consultants, conducting workshops overseas with zero outcome.'- quote


few years back petronas did the same.

go asked their human resource people what happened to their 'talent sourcing' and how much money wasted?

Everything in Malaysia seems to be wrong. I wonder whether is there anything that is right in Malaysia nowdays?

"This is one Malay you are not getting anything.
Biar pecah perut, tak akan bocor mulut. Pejuang Melayu ini tidak akan bongkar rahsia."....

This is what we heard so far... The recent 1gfmas tender under Jabatan Akauntan Negara, IA only banging on the lowest costs amongst the rest, apparently has received award of the tender due to decision made just before the Parlimen "bubar"

the best part, we also heard for this tender which is above RM150 million was never presented in JPMK1 which supposed to be chaired by MK1.

This guy is slick by playing insanely lowest costs factor which maybe highly scrutinised for effective for deployment.

how can this be? an "invicible outsider" within MOF?

someone needs to launch an investigation on this.