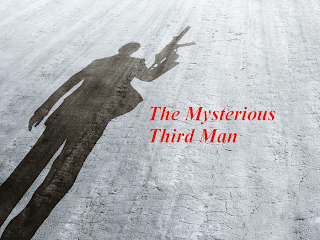 Khairy is trying hard to revive himself back into the limelight after a long domancy. He has been under severe pressure and critic for the disunity and malaise in Pemuda UMNO, after much promises made in the Ketua Pemuda campaign.

Unfortunately, the manner he tries to bring himself back to relevance back fired big time. His attempt to get sympathy by offering not to contest in the next election is not getting the desired response.

With supporter like Ketua Pemuda UMNO Selangor, Suhaimi Zulkifli under heavy fire from the Divisions, no voices surface to plead him to reconsider.

Khairy lost his head to enter into a war of words with Dato Ibrahim Ali and Perkasa and taking the side of Wee Ka Siong and MCA in their clashes with Perkasa. The pressure he is under is reflected in the harsh words he dished back to critical words sent to him on Tweeters.

The outcome of his clashes with Ibrahim will not put him in a better light with the Malay community and perhaps even in UMNO.

Khairy is in desperation and need a Cabinet position to keep his politics alive. Otherwise, instead of him able to tanam Anwar, it he who will be buried first.

Supporting words from Sakmongkol, the only pro UMNO blogger with credible traffic left giving support to him, is of no help. Rashid Yusof dare not champion Khairy for fear of backlash to New Straits Times. The Malaysian Insiders is buying time before being stripped bare.

Khairy, though smart, does not realise that people can see through him. And Dato Seri Najib and Rosmah realised something which recently was confirmed of him.

What did they realised? Read on.

Khairy is currently working on schemes to get himself into Cabinet. With his support in UMNO wavering, obviously he cannot rely on support within UMNO but try the route via the component parties.

In return for his support to him and MCA against Perkasa's on slaught, Wee Ka Siong returned the favour by showering praises of his moderate path. Pemuda MCA must be suffering from amnesia. Two years ago they weren't exactly heads over heel with this arrogant son of a bitch.

Believe strongly through the effort of Ketua Pemuda MIC, T Mohan, he managed to plant some voices to criticise Perkasa at the recent MIC Convention.

Making enemy of Perkasa will not help Khairy's politics, whatever positioning he attempts because the fire of Pemuda UMNO is lost to Perkasa. The Malays can read that MCA, Gerakan and Pakatan Rakyat are dousing that old UMNO spirit from being rekindled.

Khairy has no supporter in the media to give him space to say his piece. That explains the alliance with MCA for a slot in The Star.

With media ccess only through The Malaysian Insiders, Khairy had to rely on Sakmongkol on the blogs. None of his Setiakawan bloggers are relevent and anywhere in the top 60 pro-UMNO bloggers. [Read Perak Today's rating table here.]

And, the Lone Ranger spent time fighting warring injuns. It is unrealistic for The Lone Ranger to trust his life to another injun i.e. an enemy.

If there is any superhero to resemble Najib's situation, it will be Batman and Robin. Unfortunately, Khairy can only play the role of arch villain, the Penguin. Someone else is better suited as Robin. For now, holy smoking mackerel dipped in bar-b-que sauce ... it is Tan Sri Muhyiddin.

Khairy has been given God with some intelligence but he will continue fail because he lack any sense of struggle and sincerity.

Most politicians usually have their personal raison d'etre and stays its course, despite some compromises due to politicking. The problem with Khairy is that he uses his God given intelligence for politicking and endless manouvering without any sense of purpose.

To be involved in politics, one has to have a sense of purpose determined by a "perjuangan" (or the closest English word to mean such is struggle). For every "perjuangan", there is a "pengorbanan" (sacrifice).

What is Khairy's perjuangan? And what has he sacrificed or at least, contribute in his political pursuit to earn him a high position at an early age and is now without shame demanding a Cabinet post?

The only argument left in favour of Khairy would be as argued Sakmongkol is the legitimacy of his position. Aisayman Dato, so what? There is at least 7 or 8 Ketua Pemuda UMNO in the history of UMNO without any Ministerial position. No Ketua Pemuda was ever jeered with chants of "rasuah!" after winning a post.

Dato Sabri has every right to lobby for Khairy's Ministership. The difficulty to buy into his rationale for Khairy is he could not reconcile his disgust against corruption and incompetence but is apologetic to Khairy's money politics practise. He justified it as he "thinks" Mukhriz used money too.

Dato Sabri did personally said he wanted to stop supporting Khairy's politics. It is high time for Khairy stop being nursed. But he keeps coming back to support the most hated young man in Malaysian political history.

Perhaps, he should read back this old news piece and posting by blog Apanama (below). Hopefully it would knock into him some sense and stop overrelying into his sense of rationale.

ZULKIFLI: I WAS ASKED TO IMPLICATE NAJIB AND WIFE IN ALTANTUYA'S MURDER

KUALA LUMPUR: Former PKR MP, Zulkifli Noordin, caused a stir at the Dewan Rakyat today after claiming that he was asked to implicate Prime Minister Datuk Seri Najib Razak and his wife in the murder of Mongolian national Altantuya Shaariibuu.

Zulkifli, in his first speech as an independent MP, also claimed that he was offered a reward to make a statutory declaration linking Najib and Rosmah to Altantuya's murder.

He claimed the offer, involving a huge sum of money, came from a third party during the Altantuya murder trial.

Zulkifli, who was recently sacked by PKR, was initially the counsel for Chief Inspector Azilah Hadri, one of the three accused, before discharging himself.

“I discharged myself from the case as there was an attempt by a third party to interfere in the case,” he said in his motion of thanks on the Agong’s Address.

He said the reward was tempting but he refused it.

Who is the THIRD PARTY that Zulkifli Noordin mentioned in the above report? Some were cock-sure the third-party involved a certain Opposition figure who was set to gain by tarnishing by the then Prime Minister in-waiting.

But what many of us failed to consider was, WHO could have been the biggest beneficiary, had the EVIL plan to implicate Datuk Seri Najib and his wife in the murder worked out as the culprits had planned?

(At that point of time Slumberjack Abdullah Badawi was Prime Minister but it was the FOURTH FLOOR satans- under KJ who were basically running the country).

So, had Najib been prevented from moving up to replace the Slumberjack, who stood to benefit the most for an extended period of time? THINK!

Eventually Zulkifli met Najib and had exposed the entire CONSPIRACY which was masterminded by two desperate Prime Minister wannabeeeees.

So, now PM know who the culprits are.

After their cover was blown, one culprit came up with Apco and some Jewish fairy-tales to divert the people's attention while another has now been trying to be a hero defending everything under the sun.

Apco back-fired bigtime on one while the other is basically threatening to jump ship.

With this on-going drama, some political analyst (specialized in political survival) feel that this is the best time for KJ to quit Umno, in order to safe Anwar Abraham and Pakatan Rakyat.

If Sakmongkol is convinced and ready to leave that rascal, ask him to leave UMNO soonest.

SAKmongkol is screwed brother, coz he was screwing a young bimbo and his wife found out about it. Now the AK47 is up his ass. ha ha ha, what a wonderful world.

Khairy is in desperation mode bro.

He is just buying time. Suhaimi is quiting.

I read Sakmongkol blog or whoever,sometimes, when I have a lot of free time.

Well, I couldn't understand what he wrote, because of his long sentences and funny words.

If Khairy is hoping on him to help promote his (Khairy) political career, well good luck. People, common people, who go to office on motorbikes,take trains, walk a distance under the hot sun, eat nasi lemak in a mamak store alongside of a road, read a lot of other simple and easy to understand blogs, don't think Sakmongkol could attract support from most of us. No way.

People believe in what the politician has done, and not what he would be doing.

What Khairy has done to Bangsa Melayu thus far,?, sell sell sell, and send send send his people to all the places. So what?

He has thrown in his towel as regards the contest for the post of FAM Dep.President. Besides, he has also made some serious allegations against the body.

A sign of desperation (as mentioned by anon 6:40) for someone who has walked into the council on the strength and influence of his FIL who was then the PM.

AND as time is fast running out for someone who has set the target to become PM by the age of 40, he has no choice but to resort to ideological rhetorics BUT obviously not tolerated by the Pemuda at large. More and more have become disillusioned.

With this clear sign, I suggest he throws in his towel again.

Salam Voice,
I USED to give benefits of the doubt to Tok Sak, but NO MORE! I smell rotting fish in many of his recent postings on kj...as they say, sh**head returning to assh***... ni sure dah kena sumbat dek kj... pity him with all that seemingly brilliant economic analysis... turns out to be cheapo gun-for-hire...

KJ will survive despite what is happening to this poor boy lately because of 2 reasons,

1. He was the ex-pm personal advisor and what the ex-pm knows he knows all for sure.
2. He got plenty of money and money will buy supporters especially in umno, money is everything.

So fasten your seat belts najib and rosmah, this boy would be pain in the ass if you ppl don't treat him well.

I dont think you are being fair Voicey. i think u shld just leave sleeping dogs lie. All this rumour mongering is not healthy. tak baik fitnah.

KJ, if he's not the First-Son In-Law, I wonder he is now.

as Sakmongkol's blog - long and winding English. Using his space for his own personal political survival in Umno rather than perjuangan Melayu
Wonder if he's one of KJ's tonto.

you are obsessed with fitnah aren't you scared of god at all voicey? you create this fiction by putting baseless 2 and 2 together and it's all fitnah. taubat la mr Z nanti kena sue mati awak!