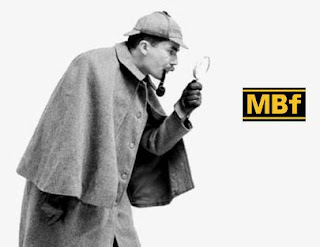 Back in the early 90s, this blogger used to attend Friday prayers frequently at a mosque within the compound of the Police Training Academy (Pulapol) at Jalan Semarak Kuala Lumpur.

The mosque was also the favourite place of aspiring politicians and up and coming corporate personalities.

One of them was Anwar’s ABIM man, the late Dato Nasaruddin Jalil. To many, he is known for his involvement in Gadek and later attempt to establish an airline called Asia Pacific Airline. That time, Air Asia was a subsidiary within DRB.

Nasa, as he was known, joined the congregation there upon his return from the United Kingdom where he earned his law degree. He had joined MBf Group and later was made Vice President.

Being new, he befriended my group of friends. Nasa continued to remember my face but not my name. When we bump into each other, he would constantly greet me. Never did he knew this blogger is sceptical of Anwar due to an incident in the US in late 70s.

The acquintance did not go further than that. Part of the reason was his position at MBf was a mystery to us.

Why would "Pak Sheikh" Anwar, who was then the Minister of Finance and carrying around an Islamic look, be putting his key man from ABIM in MBf?

Does he not know the MBf taukeh, the late Tan Sri Loy Hean Hong or back then is refered as Dato Loy, itu penyangak dan penyamun?

The 90s was the heydays of Malaysian businessman going conglomorate.

The Melayu Baru were catching up with the local China-man conglomorates like Lion Group, Berjaya, Hong Leong, Kuok Group, and MBf. Tun Mahathir and Tun Daim were building up new Malay corporate personalities to help spearhead the BCIC.

Anwar was building his war chest by buddying up with Chinese corporate players like Hong Leong and MBf.

There is this old news retrieved from Ganeth Sahathevan's blog here entitled "ANWAR - NO INTEREST IN ANY COMPANY" in Business Times dated Nov 18th 1993.

In the report, Anwar the Minister of Finance then did not deny taking a ride with Loy. Isn't it interesting that Anwar had his man Nasa in MBf and MBf Finance and Holdings is under investigation by Bank Negara for irregularities.

Whether there is any wrong doing by MBf or Loy, one can assume it as not a primary issue.

During that time, MBf is run like a typical China man company. It keep pushing the edge. Be it in dealing with their leverage (borrowing), or creditors, or risk management or new businesses, or corporate restructuring or whatever, MBf is built on the premise of make hay while the sunshine.

One can’t prove it in court but conglomorate like MBf will do anything for business. There was a rumour amongst the bankers then that old man Loy had one lady Merchant Banker as Mistress to ease his capital raising.

MBf would even break the law and do unethical things for business. And MBf is not short of lawsuits. It will not surprise anyone to say Loy bribe politicians to save himself from trouble.

Loy is not shy to use his connection and political power. His partner in MBf is Tunku Abdullah of the Melewar Group, a Negeri Sembilan royalty, and former diplomat and MP for Rawang representing UMNO.

With Anwar being the rising political star of the time and expected to be hier apparent to Dr Mahathir, Loy moved in to be close to him. As someone not liked by the regulators, authorities and banlers, Loy needed to befriend Anwar for his and his business sake.

Loy saw it as strategic to give Nasa a job at MBf and given the postion Vice President but was using the office as base to work at bringing the late Tun Ghaffar Baba down.

But Anwar would not be helping out Loy for nothing.

He knows Loy is living on the edge and his fortune can turn by the slightest of hand. He could end up in prison or turned bankrupt. The cost to Loy is more than just job for Nasa or suitcases of cash.

It is rather presumptous but it is not a surprise that Loy had judges in his pocket. Remember this?

For Loy to be able to meet Hamid inside his chamber, it cannot be just to congratulate. He can send flowers or congratulation notes. Many do send judges that.

Unsophisticated Loy cannot simply barge in to meet Tun Hamid. There must be a someone to arrange the meeting.

One habit Anwar does since being in opposition is to blame others for his own misdeed. Anwar is accusing the BN Government of judicial abuse but what is known back then is that he was friendly with the judges.

The late and controversial Hamid Omar maybe appointed by Dr Mahathir, but reading the news, there is likelihood that Anwar had arranged Loy to meet Hamid. There is a high probability that Nasa asked for Anwar’s help in the highly controversial case involving then Bukit Bintang MP, Wee Choo Keong.

Wee was appealing against a judgement of two years jail for contempt of court. He managed to have Justice Tan Sri Eusoffe Chin and Justice Datuk Mohamed Dzaiddin, two of three panel judges, from hearing his appeal. Why?

Anwar used to claim in an interview upon release that he bump into Tun Dzaiddin and embrace each other. Whether it is one occasion Anwar is not lying, one will never know but it can be used to reiterate the point again that Anwar was personally friendly with the judges.

In this case, he used his contacts with the judges to help save Loy.

Again, what is Anwar’s fee for abuse of power rendered?

At the time and during the reformasi days, Anwar’s people were spreading allegations that Dr Mahathir had interest in companies of Vincent Tan, Jeffrey Cheah, Francis Yeoh, Anantha Krishnan, and many non Malay corporate personalities.

By the actions of some of these corporate personalities after Dr Mahathir’s retirement and being able to personally see Dr Mahathir's relatively simple lifestyle, such thought seemed slanderous.

Back then, it would not be too bizarre to claim Anwar yearned to have his own cacai (Chinese macai). It is known that Anwar was close to Hong Leong. He helped the Hong Leong Group secure the elusive banking license which Lee Kuan Yeew vow to never give them.

The talk in certain circle back then and still is pervading today is: Does Anwar has interest in MBf?

Researching through disparage sources of old KLSE handbooks did not reveal anything to show Anwar’s direct interest. One hint was the absence of MBf in Sally Cheong's compilation of Chinese controlled companies on the KLSE.

If there is no significant change in shareholding, there is a possibility that Anwar’s interest is held by Loy himself.

When Tun Hamid was in hot soup, Kalimullah helped clarified Hamid's side of the story in Singapore's Straits Times report dated May 12th 1994. Read "Lord President under probe over car sale to tycoon" in Ganeth here.

Was Kalimullah helping Anwar to clean up Tun Hamid's name?

In the report, Law Minister, Dato Syed Hamid Albar told Parliament yesterday that the ACA had received a report from Wee against Tun Hamid and his allegations were proven untrue.

This report made Wee looked evil and the judge unfairly accused. Noticable was Semangat 46’s Sukri was made to sound unhappy with Wee.

Eventually, MBf managed to obtain an exparte injunction against Wee.

It was only 14 years later on April 2007 before Wee could strike out the injunction by the MBf group against him. With that, Wee could counter sue MBf Group for RM40 million for the injustices against him.

Meanwhile, Loy had passed away at just around the time of reformasi. By 1999, son Loy Teik Ngan took over but the block of shares remain held by Puan Sri.

MBf Finance lost out from being one of the anchor Banking Group due to bad loans. They were solvent but need to be recapitalised. Without anyone powerful behind them, MBf Finance were taken over by Arab Malaysian Group and were taken out of MBf Capital.

Tunku Abdullah had passed away and his Chairmanship in MBf Holdings was passed to son Tunku Iskandar.

They turned MBf Holding into now MBf Corporation. Recently MBf Corporation attempted to turn private but was rejected at the EGM. Azizan remain as Board member till today.

At MBf Capital, Azizan and Kalimullah also joined the Board of Directors in 2000.

When the full takeover of MBf Finance was completed by Arab Malaysian Group, MBf Capital reported in the 2001 Annual report that Kalimullah is the new Chairman.

Investment Banker Azizan replaced Loy Teik Ngan as Managing Director but remain as Director. Azizan became a Dato by then. One Nor Yakcop proxy, Muhammad Ayub Ali of Bumiwerk Sdn Bhd is on the Board of Director.

What happened to Anwar’s interest? And there is two parts of the interest – at MBf Holdings and MBf Capital. Is there such an interest? If there is, who is holding for him? Who is looking after his interest on his behalf? Anyone knows?

I know of the linkage. And I also have more information on Sally.

Can you tell more about this..

Voicey,in 1986 I was a young boy working in the accounting firm of Hanafiah,Raslan & Mohamad (HRM) who is the auditors of the MBF group.At that time LOY have many debts problem but somehow he managed to overcome his problems in one way or another.For this i got to give him credit and until today I still fascinated with the way he overcome all his huge problems.I always believe that one of the ways Loy overcome this problems is to befriend Anwar who at that time was the rising star in UMNO.

now you want to link anwar to them pulak? you twist and spin so much till you yourself don't know what you are saying. you are losing credibility...

Your story is full of fantasy.You miss to mention one name in the link,Datuk Murad of bank negara.

You need to check your fact to link Anwar with MBF.Kalimullah,Azizan and Noor Yaakup.

If it can be proven that Anwar still has interest in MBf Capital around 2004, it could be proven that Kalimullah, Nor Yakcop and Anwar were together in one company.

Azizan is not the main feature here. He could be working for Kalimullah for all I care. It is his first foray into PLC.

Do I care about your comment about losing credibility?

If I am losing credibility, WTF are you coming here and commenting.

This posting is about some hunch I had for a long time.

That is why I do not hide that it is merely speculative, probable, etc.

I guess you prefer a lie told as truth like those found on M'sia Today, First Msia Today, M'kini, MI and Chinese newespaper.

You are not oblige to read this blog and believe it.

Anwar says Ling Liong Sik is not a big enough fish for MACC: Who does Anwar want MACC to go after? read all about it HERE

those who want to read only what they like to read, they better quit reading..... and you'll never know what's actually going on beyond your eyes.

What about Hong Leong bro? That sodomite has spread some KY jelly there too.