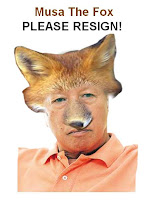 The Chairman of the Public Accounts Committee (PAC) said they will not investigate the Sime Darby fiasco.

This statement means PAC is going back on an earlier statement made on June 1st to call up Sime Darby and Pos Malaysia. [read FMT here.]

The reason cited was Sime Darby is a private company and is not a Government body. But why the heck did PAC convene on the ECM Libra-Avenue merger scandal?

If Sime Darby go under, will it not be of public and Government interest? 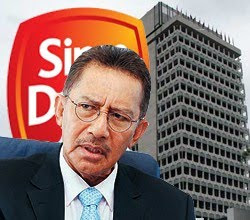 PAC sings a different tune: 'Sime Darby not our problem'

KUALA LUMPUR: The Public Accounts Committee (PAC) has washed its hands of the RM2.1 billion Sime Darby fiasco because it considers the GLC's investments as a private matter.

This about-turn came after the PAC had earlier said that it would be looking into the huge losses suffered by Sime Darby.

"Sime Darby is a subsidiary of PNB (Permodalan Nasional Berhad), and its primary stakeholder is EPF (Employee Provident Fund).

"Both cannot be classified as government bodies as their finances come from individual investors," said PAC chairman Azmi Khalid.

"Therefore, PAC is not qualified to investigate Sime Darby's colossal losses," he said, adding that the PAC arrived at this decision at its Oct 27 meeting.

The decision comes as a surprise, especially after the PAC had said in June that it would be talking to Sime Darby officials, citing it as a matter of public interest.

Sime Darby suffered losses up to RM2.1 billion, incurred by its energy & utilities division (E&U) this year. It said it would resort to civil suits to recover these losses.

However, it did not mention who it would be suing. Sime Darby is also being investigated over the matter by the MACC and the Securities Commission (SC).

The rest of the news here.

The term of reference for the PAC is not limited to just reviewing Government bodies and public spending. There are other basis for PAC to undertake enquiry. If not there is that fourth term of reference that says anything the committee deem as fit.

From my call last night to one member of the PAC, Chairman Azmi Khalid refused to deliberate and merely call for a vote. Sure la it will be voted against because BN members is the majority.

Damn! Here we are shooting at the heavy handed PR-controlled SELCAT of Selangor and PAC did the same at Parliament. It is a serious contradiction to the spirit of good governance, accountability and transparency that Dato Najib is going for.

This husband of the glamorous former TV3 compere, Normala Shamsuddin was once part of the Musa Hitam faction and legacy from Pak Lah's administration.

Hmmm ... did that cunning fox put you up to do this?

How can we independent pro-Government blogger sometimes not hantam Government sometimes, Encik Zulkifli?
at 11/25/2010 08:50:00 AM

This is a inquiry for the webmaster/admin here at anotherbrickinwall.blogspot.com.

Can I use some of the information from this blog post above if I provide a link back to this site?

Mamat ni biar serious.....EPF is not a Government Body?

The reason cited was Sime Darby is a private company and is not a Government body.

how come musa hitam still there, many people want him resigning for the debacle of sime darby...has he got any shame....

Are we going to see the same goverment after tne next GE ?, I recon not.
Stupid will never learn.