Pork sausage saga: Some politicians can be so dumb 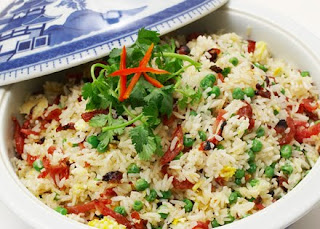 "Stupid is as stupid does."

That is a quote from the movie Forest Gump that aptly described the politicians caught in the rice and pork sausage caning saga.

As Apanama explained in his (or is it a she?) last update on Nov 9th, PKR was trying to boost the profile of two of their candidates for Kapit and Engkilili constituency, which happen to be husband and wife.

They were trying to create an issue against the BN Government out of the incident of their son getting 10 canes in school for bringing rice and pork sausage from home to school.

MCA, which is in desperation to shed it's UMNO lapdog image and revive it's sagging confidence amongst the Chinese, jump at the opportunity. Party’s Deputy Publicity Chief Loh Seng Kok took the "sensitive" angle to question of halal food policy in school.

That suits well with firebrand Dr Wee Ka Siong being in Education Ministry as Deputy Minister of Education. He can than take the issue further.

That's one problem with Chinese. They can be industrious, intelligent and successful but some Chinese have a tendency to be lurus bendol or taking things to literal. There are so Koh Tsu Koon - geeky and naive.

If only MCA had did some homework and used some common sense, they wouldn't have taken up the issue.

The father of the boy, Beginda @ Nurazman Abdullah is a Muslim converted Iban. That is as far as election record for 1999 and 2001 shows. Shouldn't that raised ones curiosity that a child to a Muslim was eating pork?

The Parti Bersatu Bangsa (PBB) people saw that. Muslims may drink alcohol but one hardly ever find Muslim take pork, ham or anything from porky. Back in this blogger's University day (abroad), an African acquintance claimed murtad but he could never take a bite at a pork chop brought before him.

Few Sarawak bloggers aligned to BN and PBB were asking if the father, mother and son are really Muslim. However, in Sabah and Sarawak, race and religion may not be as big and issue as in Semenanjung. They tend to have a higher tolerance or a better description, acceptability to the diversity.

The response was to link Beginda with Anwar Ibrahim. Beginda was the former driver to Sng Chee Hua. Sng is Anwar's Chinese taukeh balak financier during his days in UMNO.

Old timers of Sabah UMNO should remember Sng when Anwar was taking on Ghaffar. He would be seen outside halls where Sabah UMNO Divisions meetings are held, to verify that they delivered the nomination to Anwar before he pays up.

Sng's name cropped up in Anwar's first sodomy case. It was Anwar's desperate attempt to use conspiracy dongeng as defense but was ruled irrelevent by late Justice Tan Sri Augustine Paul.

As loyal servant to taukeh Sng, Beginda willingly claimed to have bedded Umi Hafilda to discredit her morally. Till today, Umi insist she remains a virgin. Read back in Apanama here. So loyal was Beginda to Sng that when he followed him to join Parti Rakyat Sarawak in mid 2000, after the 2001 election.

This is the information that would turn PKR from offensive to defensive . It will put more pressure on Anwar whose already under immense pressure from the accusation by both Zaid and Mustafa Kamil Ayub for rigging PKR party election.

This is on top of the second sodomy case, uprising and protest in PKR Johor, double lost at Galas and Batu Sepi, Rahimi and Rashid expose, and other expose already exposed or to be exposed.

Somehow or rather, a Muslim eating pork did not bring out the curiosity in Dr Dzulkefly, the superliberal misfit of PAS and MP for Kuala Selangor. He went on the same line as the MCA officio to interject Zulkifli Nordin speech in Parliament.

Dzulkefly should have known Zulkifli Nordin tendency to do the gila-gila. Having just lost at Galas with the tainted image of Nik Aziz in the act of giving "bribe", suddenly PAS is saddled with the accusation of encouraging Muslim to consume Miss Piggy.

With one stone, PBB killed two birds with one throw.

DAP tried to come to the rescue. There held a press conference yesterday to reveal the boy's birth certificate is written -TIADA - under the part on religion.

Father Beginda @ Nur Azman Abdullah had married Angela @ Mariam Bibi in 2001. Angela could only register her marriage to Beginda by getting married in a syariah court. She must be a Muslim or converted to Islam.

Was the son a bastard or had other non-Muslim father to be registered without a religion?

You see why I called DAP bodoh. They have now created more problem and expose more personal weakness of Beginda and Angela.

There will be those asking whether Beginda and Angela are truly Muslim. Some would suspect they converted in the manner many Chinese converted to Islam in Tun Mustapha's Sabah days to secure log concession.

Maybe this is no issue in Sarawak but hold on. There is more to it.

Angela is due to run for PKR at the Engkilili state seat in the next Sarawak state general election.

It is heard that Selangor state Government had given her a piece of land. That should raise furore to the landless anak Selangor to hear a Sarawakian given land for nothing. Did she brought investment into Selangor?

This will only points to Anwar who in his days as DPM had made Sng rich and able to support his political finance.

Anwar is a Malay Study graduate that became an Economic "Supremo" now advising corporate man Tan Sri Khalid Ibrahim on state economic matters. Supremo is written with a quote unquote. It must be him giving Angela the land.

That is an issue!


P/S While I was posting, Apanama had a new posting entitled What is Beginda aka NurAzman?

I think we should, on a large scale, educate non Muslim as to reasons why our religion forbids Muslims from eating pork;

The are so many scientific and health issues laid down as to why pigs are considered not clean, in Islam.

I think Non Muslims are confused asthey do not really understand, the same why we Muslims don't understand the reasons why;

...A married Chinese lady is not allowed to visit the graves of her parents.. as they believe she will bring misfortunes and bad luck to her birth families. WHY WHY WHY

....What is going on between the Brahmins and the Dalits, why they are termed the untouchables...WHY WHY WHY

Dogs are also considered not clean to Muslims. It has got to do with their saliva and the mad dog disease I presume.

However, my Chinese neighbour insisted, saying for health reasons, the reasons why dogs and pigs eat their own shit...

I have to keep my mouth shut knowing that he did not even sit for his SPM. Not able to read or write in BM/BI, I wonder where he got those information from!

Education is the best solution..

i know that you brought to attention some quite firm points for discussions.. tq..

but.. the thing that caught my attention is the thing about your chinese neighbour.. born, raised, living and earning in Malaysia.. yet.. he and his parents did not take the initiative to learn to speak and write proper BM (our one and only official language).. but yet.. these are the people who are loudly championing their rights as citizens of MALAYSIA.. hahaha.. bustard..

Sng Chee Hua and Osu Sukam are adek beradek.When they are in London,they are treated like ROCK STAR by the CASINO like International,Maxim,Golden Horseshoe and Park Tower Casinos until when both of them are SUE individually by the casinos for a few millions POUND in gambling losses owed. As for Umi Hafilda,it is a VERY INTERESTING when you said that she is a VIRGIN.

Being a parent myself, I wouldn't like a teacher to punish my child through no fault of his. I would appreciate that recalcitrant teacher to have called me and discuss with me. Do not abuse your power toward a defenseless child and create a lifelong trauma on him. Who would want their child to be in this situation? And who are we to judge others? May Allah help us all for being so petty and divisive and dare I say intolerant?