Fish rots from the head at Khazanah 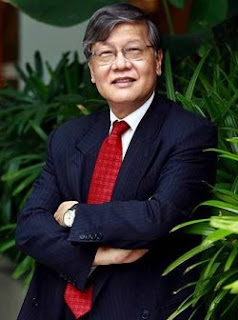 Syed Akbar of Outsyed The Box blogged about the investigation of Dato Panglima Andrew Sheng for insider trading here.

Throught we lend a hand to highlight further the significance of this investigation. Mind you, there are very few, if not never has an insider trading offense been charged in Malaysia.

Malaysian market is very much a third world market despite the first world facility, offices and decor of the various market authorities and players.

Insider trading is practised at large and Merchant or Investment Bankers as they claimed themselves to be these days, are usually privy to the market "pushing" operation done by corporate players.

To hear this member of the Board of Directors of Khazanah Nasional Berhad (Khazanah) investigated for such act, it reflects the sorry state of the GLCs. This latest news only confirms the major problem within Khazanah that can be best described by the Chinese saying, "The fish rots from the head."

This time it is the Chinese expected to be bring reputation and credibility to the organisation is involved in an offense so rotten and cheap as insider trading.

Andrew Sheng is supposed to be the person of integrity and repute that bring credibility to the organisation he is attached with. Unfortunately, he fell to the temptation of easy money like some bloke off the street.

Bloggers like us have been relentless in highlighting the problem of integrity within certain members of Board of Directors, Management and down the line in the Khazanah organisation.

Much has been said of the competency of the managment of Khazanah and it's subsidiaries or rather the lack of it.

Strangely, DAP and PKR is silent on this latest event and is expected to continue to be silent. Wonder why despite a pro-opposition portal making the report?

A police report was lodged against Khazanah Nasional director Andrew Sheng alleging that he had given authority to his sister to transact shares of companies that Khazanah has interest in. 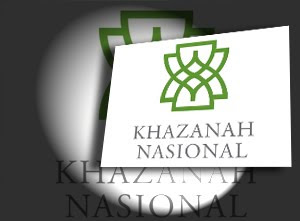 PETALING JAYA: A director of the Khazanah Nasional Bhd has been accused of transacting in shares in companies in which the investment holding arm of the government had an interest.

Andrew Sheng Len Tao, 66, has been named in a police report which alleged that he had failed to disclose that he had been transacting in these shares and thus possibly breaching the Companies Act 1965.

Andrew was appointed a director of Khazanah since July 22, 2008.

According to the police report lodged by one Tan Teng Heng, 47, Andrew’s sister Sheng Lien, was given a “blanket authorisation” to transact shares on his behalf using their brother, James Sheng’s trading account.

Tan is the husband of Sheng Lien, and is now involved in a divorce proceedings in the Kuala Lumpur High Court with the latter. He stated in his report that these details were revealed by Sheng Lien herself in open court.

The report said that shares which were transacted on behalf of Andrew Sheng, include – but were not limited to – “Tenaga Nasional Bhd, UEM Land Holdings Bhd, Telekom, Time dot Com, Time Engineering, Astro, and Axiata”.

The report said that Khazanah has interests in all the companies mentioned and listed the percentages in shares Khazanah possessed within those companies.

Tan said in the report that Andrew should have made disclosures of these interests.

He also said said that Khazanah had confirmed that Andrew had made no such disclosures.

EDITOR’S NOTE: We have changed the heading to reflect the contents of the article. We regret if the original heading has given rise to the perception that Andrew Sheng Len Tao, a director of Khazanah Nasional Bhd, had been implicated in the report.

For us former Bankers, Dato Seri Panglima Andrew Sheng is supposed to be a man of integrity and repute.

He was formerly with Bank Negara Malaysia and then made a name for himself abroad as Deputy CEO at Hong Kong Monetary Authorities and then became Chairman for the Hong Kong Securities and Futures Commission Futures.

After a long disappearance from the local scene, he resurfaced during the Tun Abdullah administration, probably brought in by Tan Sri Nor Mohamad Yakcop, his former colleague at BNM to be appointed as members of the Board of Directors and Advisory of several organisation.

Apart from those positions mentioned, he holds an advisory role on the China Banking Regulatory Commission, and sits on the boards of the Qatar Financial Centre Regulatory Authority

More of his resume here and here.

Like Nor Yakcop, Andrew Sheng are honorary members of the local International Cambiste Association or it's local name, Persatuan Forex Malaysia. Both were involved in the dealing operation of Banking Department of BNM.

But their fortune took a different path all together.

Nor Yakcop ended his career at BNM with the biggest all time trading loss in the world's financial market. He later joined Abrar Group and committed another offense to use Unit Trust Fund to prop up the Shares of Mun Loong Berhad that was controlled by Abrar.

He was given a second breath of life when he was brought in as the cat to catch the rouge traders bringin the Ringgit down. He then become adviser to Prime Minister Tun Dr Mahathir. Big title but no power.

It was slumberjack Abdullah that gave him a Ministerial position. Nor Yakcop became a willing accomplice to the neo-liberal agenda pushed through the sleeping Prime Minister to destroy the Bumiputera corporate wealth build to strengthen the Bumiputera economy.

He is now an elected MP and a full Minister and has been using his position to enrich himself well through proxies.

By the look of it, they are destined to reunite in shame.

Their conduct would have made the late Tun Ismail Ali, a titan of the Malaysian economic and financial world and mourned as "a man of great integrity", restless in his grave.

The Malaysian development model so proudly expounded by TDM is now coming to roost.The role of Khazanah at best can only be described ioas "state capitalism'.Daily we get news of inflated contracts and investments that have to bailed out. Gopd money chasing bad money.Those who benefit from thr system disagree that this state capitalism is the reason for our present problems.They want state capitalism to shape the market.

In developing economies it is ok in the early stages for the state to dictate the pace of development. But we must reminded ourselves that all forms of capitalism state or private sector driven must not be allowed to run the country.Their heavy hand isctorts amd creates and sustains monopolies without any regard for cost.Empirical evendence clearly show that state capitlaism(GLCs) is more inefficient than private capitalism.Moreover it creates room for officials to seek personal gains.

If our pace of transformation lags behind the expansion of GLCs we will soon hear of talk of not the rise of state capitalism but its demise.

Bro.
When Andrew Shang work in Bank Negara,Daim as Finance Minister already smell the rot.He remove Andrew from Bank Negara.
I agree with you,Noor Yaakop brought him bank to Malaysia and give him all the important role.I also agree with you totally that Noor Yaakop had destroy Malay Taikoon like Tajuddin and Halim Saad.Tajuddin had sued Danaharta and now Halim Sad turn.He will file a billion. RinggiT suit against Khazanah and Noor Yaakop.Just wait.

I still wonder why Najib did not put the whole fish in the ice. Then it wont rot.

The rotten fish story has been going on since dollah time.

Najib cant allow the fish from rotting just cause he is hard-up for another mandate. With or without new mandate, the responsibility befalls on him.