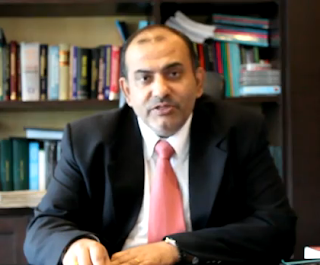 Kamal Hisham's You Tube response was posted on March 3rd, 2012.

Baljit responded with a You Tube video to claim Kamal's video response as drama and lies.

Kamal's first appearance to response on you tube is below:


It received wide coverage in the mainstream newspaper. Below by Bernama:

He said he could not return immediately to answer the allegations for fear of his safety after receiving five death threats since last year.

Kamal Hisham, who is also the company's director, is now in Dubai and requests for help from the government, Royal Malaysia Police and Home Ministry to help ensure his safety.

"I want to come back as soon as possible to give my statement to the police and clear my name, but with the condition that I will be safe.

"If I cannot go back to Malaysia, I am ready to go to Thailand to provide a statement. I can also give a statement at the Malaysian Embassy in Dubai so this matter can be resolved quickly," he told Bernama when contacted in Dubai today.

However, Kamal Hisham, 42, declined to reveal details on the death threats he received.

"I was supposed to come back to Malaysia yesterday to give a statement as a witness, but how can I do so after I received more than one death threat... I really miss my family," said Kamal Hisham.

Consequently, Kamal Hisham has uploaded a video on YouTube claiming that he is being hunted by someone from Malaysia who was paid to kill him.

"I am worried, scared and stressed out because this involves my safety and life as well as my family," he said in the video clip.

Kamal Hisham left Malaysia in April 2011 after reports against him were made by the company on March 31, claiming there were criminal elements in the way he managed the company.

Baljit and Southern Ad's press conference earlier was uploaded as a two video You Tube posting on February 28th 2012, below:


It revealed Hisham as a former lawyer to the Almarhum Sultan Iskandar of Johor.

Who then is the "kerabat" and "pembesar" mentioned in Kamal Hisham's You Tube appearance? Is he being prevented from carrying out his role as lawyer to his client? Or it is a cover-up for various offenses committed and lawsuits faced by Kamal Hisham?

Check with the SSM, Kamal Hisham was indeed the one who establish Southern Ads Sdn Bhd. Why he as the owner wanna commit CBT at the first place? Many of us know that he is very closed with the current ruler. He was the proxy of many business related to the palace. Heck, the ruler even give him car with registration no 1. Some people just get too jealous of him getting too closed to tuanku. Truth will prevail at the end. Why the palace been keep quite about it? Why no statement?

just for RM 660k..you have to give threats and itimidation and hantar gang to kill...what a cheapskate..its only drama and Indian lawyers must come in to add spice and melodrama to the whole bloody thing..whoever it is this is a real cheapskate..real chekai ..everybody
The palace have lots and lots of money from everywhere including the "silica sand" to Spore so why trouble over RM 660k

Error in the 2nd last paragraph..

You are dealing with Kamal Hisham who was formally a close friend and a lawyer for Sultan.I am sure he was ask to handle some of the most unpleasent things and against his clear conscience.My advice is please handle this with careful.

When Shafie Abdullah went to Dubai to get his signiture for the $60m Deposit by Amanah Raya in Hong Kong,he was assured by Shafie,they will no longer disrturb him.Now they go against their promise.

This co Suthern Ads sdn Bhd was formally his own co.He voluntary give some shares to Tuanku when he ask for it.What is $660k to Tunku when he is worth billion of ringgit.My advice to you ,:Dont push the man to the wall,He will react.

For your infomation there were earlier three police report were made against him .He have given the statement to the Bukit Aman Police and the case was clear.he is not running away from johore.He ia staying in Dubai,to have some peace.