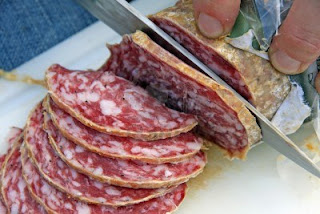 There are those in the public and in the political circle, in and outside UMNO clamoring for Dato Hishamuddin Hussein Onn's head.

He is being blamed for being indecisive or too afraid to act. While undergoing follow-up medical check-up, our Johorean specialist doctor complained that Hishamuddin is passing the buck to Defense Minister, Dato Dr Zahid Hamidi and Foreign Minister, Dato Anifah Aman.

Making a decision requires taking an action. Before the action to go after the intruders, all including opposition will support. As one former police high official said, the public and all will support now but when there is body bags and hundreds of them around, all will change their mind.

MANILA, Philippines—The Philippines has asked Malaysia to extend by “several days” the grace period it has given to armed followers of the sultan of Sulu to leave Sabah peacefully.

Malaysian security forces were set to end the standoff on Wednesday as the group ignored last-minute attempts by Malaysian and Philippine authorities to get them to leave the village of Tanduao in Lahad Datu town peacefully and return to Sulu.

The group, led by Agbimuddin Kiram, a brother of Sultan Jamalul Kiram III, remained defiant and had rejected the latest request by President Aquino and Malaysia’s emissaries, although three deadlines given to them were extended, with the last ending on midnight Wednesday.

There were reports that military troops had replaced the police forces encircling Tanduao, but the fresh Philippine request for an extension of the grace period may have delayed action to round up the sultan’s followers.

President Aquino appealed to Jamalul on Tuesday to order his followers home or “face the full force of the law.”

Aquino reminded Jamalul that under the Constitution, the Philippines renounced war as a policy to assert territorial claims.

The President said he had ordered a study of the Philippine claim to Sabah.

On Wednesday Jamalul told reporters that he was thankful about the presidential order to study the Sabah claim, but resentful of the threat thrown at him.

“What crime did I commit?” he asked.

“I did not order my brother to go to Sabah. It’s their own free will to go there and to settle down there, believing that the area is part of their homeland,” he said.

The Malaysian Insider's reported today here that the Lahad Datu intruders (not invaders la ...) refused to surrender. This is MI one is talking off  ... it could be true or false or just a spin. Hope this is not a tactic to protract the situation.

It reminds of a scene from our favourite British sitcom, Yes Prime Minister from the episode, The Grand Design. Prime Minister Hacker was discussing with the pro-conventional warfare Science Adviser and anti-Trident purchase.


Hacker is funny when he is worried and indecisive. Funny eh?

Read back our last posting on "Lahad Datu, Sabah oil, and American interest" that was being jeered as a convoluted mind, hallucination and Frederick Forsyth fiction. To be equated with Frederick Forsyth ... that's a compliment.

Our source in Lahad Datu saying everything is under control. There is nothing to be worried off. Courageous of him to say that.

If one understand the big picture, possible under current, and implication, it is worrisome. And it is not funny.

Hishamuddin is good at doing a lot of back channel and behind the scene work. He understands the working of government, diplomacy and negotiating. Those sort of work can be said openly.

Perhaps, he should look towards going to Johor to be Menteri Besar. Let's not be too predictable. It might not be a step backward but four step backward.

Johor could use his skill and experiance.

Three generations in his family was Menteri Besar. Two became UMNO YDP/President. By him returning to Johor, he will continue as the fourth in the family lineage to be Menteri Besar.
at 3/01/2013 12:40:00 PM

With due respect, I think majority of Johoreans don't want him as MB. If you sucks, you sucks no matter where you are placed.

Bro, this is the most practical time to practice only "winnable candidate" can stand for the general election. Irrelevant of family ties or past grandeur,a non performing MP cannot justify his presence in the parliament. Maybe he should wait like the others who were put in "cold storage" to prove their worth after. For his services and his political lineage, the government should appoint him as one of those has been politicians in one of those dana harta entities. But I guess it will not materialise due to blood is thicker than water.