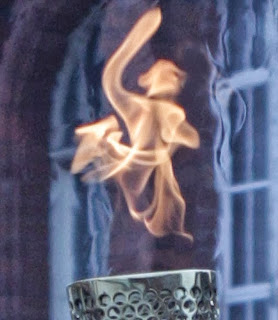 Few months back and in the midst of much speculation as in whose who will be running in the next UMNO election, we bumped into Firmansyah Muhammad or commonly known as Dax within the Khairy circle at Bangsar.

He was invited to join us temporarily for a drink before running off to get dinner for the family. It must have been the time we posted the article "This rubbish about no contest" in June 2013. At times, we the so-called pro Mahathir bloggers does not blindly follow the boss.

Anyway, over latte and capacino, we shared with Dax our reservation to this orchestrated attempt to not have the position of President and Deputy President be contested or challenged.

Sure it is understandable for the party to maintain some level of stability but when considering that it has been a while since there had been a free to contest environment in UMNO, it will not auger well for plans to undertake the planned political transformation.

Yes ... blame it on Tun Dr Mahathir and also Dato Seri Anwar Ibrahim but let us not forget that Mahathir faced some bitter and long drawn political battles that the affair of government may not have being given as much attention than it should during those fights.

Recalling back, Ketua Wanita UMNO, Dato Shahrizat had just responded to talk of Dato Azalina Othman's intention to run for Ketua Wanita by saying she is open to being challenged. Or was it one confidante of the Ketua Wanita that said so.

So we told Dax to present Khairy as someone magnanimous, gentleman and willing to embrace democrasy by saying the same message.

Off course, he will be extra careful to take the advise from two Mukhriz supporters. We assured him that Mukhriz is not going to come back and run for Ketua Pemuda. At 49,  he is older or if not, as young as the American President.

He has to turnaround a PAS-messed state and consolidate himself. So this sudden announcement is a surprise. 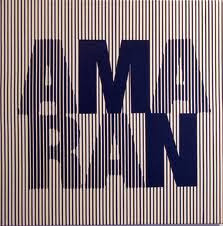 Never then did we know of a messenger of Mr Forewarn was sent to ask Mukhriz to try the Ketua Pemuda position again.

Sly man .. sly for him to do so when he conveniently pretend to slip his votes out of his hand and it was seen by other Pemuda delegates queuing to vote. All these years, he goes around pretending to be another person.

To another group, he said one thing. And another, different thing. Giving assurances and guarantees that he never kept. On his job, Mr Forewarn failed and seldom made a mockery of government and party. Tired of his amaran and mintak maaf, then blame others for making his hands tight.

Yet his intention can be so jahat. 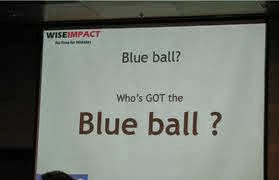 We assured Dax also that other possible challenges either does have testicular gumption or is a wisp of a finger for Khairy. Thus for Khairy to say he is willing to be challenged is good for UMNO's future development as a more politically mature outfit.

Dax may have bought into it and Khairy actually said he is willing to be challeged two days later. While he was in Shah Alam last night and working overtime to convince two Pemuda boys for supports, which he does not really have to work that hard, he could be thinking what have I got myself into.

We had no hands in Akhram's announced candidacy yesterday. Watch the You Tube of the PC below:


We did present ourselves at his makeshift operation centre in Bangsar for the press conference which happen to be not too far from our regular "office"  in Bangsar.

In fact, we also had nothing to do with his decision and campaign although we drove Akram to Sg Besi for Utusan Online interview last night. See it here. 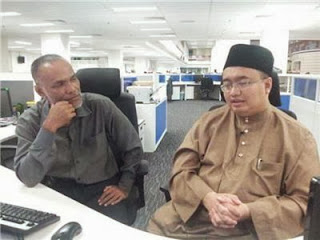 Candidate didn't have a car to bring him over so an old shaky Proton Iswara was just fine. Frankly, the candidate is still putting his act together.

Hardly compares with incumbent's campaign that include a complimentary words from Yasmin on LiteFM to remind of his paper scroll. Hurrah for our Minister whose a one third philosopher, one third political scientist and one third economist from Oxford.

Surely he did not abide to tradition for quarterly entry for he now has two beautiful kids. Unfortunately he has to work harder because Akram will have, in few months more Insya Allah, six.

There are many versions to what made Akram run but one version believed to be nearest to the truth was a challenge by one Dato during his family's Raya open house. When he told the Dato that he would merely wants to contest for Exco Pemuda, he was given a rude shock from the Dato.

It was a crude way of saying why be errand boy when you can become a leader. Literally, the Dato said in a Kelantanis accent to not to be a pimp for the boss.  However, that incident is the part of the "art" side of political analysis and it shows the role of elders in building up the party.

We tend to be believe that the scientific explanation lies with Khairy's remark in The Star here that inspired Akramsyah to take the gauntlet of Hidup Melayu!

Extract of the report below:


Khairy Jamaluddin, who looks set to be returned unopposed as Umno Youth chief, will use his second term to cultivate a more centrist approach for the wing that has traditionally been a pressure group.

He said that being vocal in expressing right-wing sentiment in defending the interests of the party was no longer appropriate.

“I am trying to change the DNA of Umno Youth from being mostly right-wing and Malay-centric to a more centrist wing that focuses on issues and their solutions,” Khairy said in an interview.

ANSARA boys can be reckless in their risk taking and spontaneous but he has caught the imagination of others for his brevity. It is unlike another ANSARA.

Thus far, the mainstream media is playing this contest as an ideological battle. And, if it is so, than let's have a fair, clean and gentlemanly contest. Akhram and Karim is not likely to win but let this contest be a precedent of what is to come in UMNO.

Let the contest be about the content and not some shallow arguments like this one here. We will not lose a state for a party job this time, ok?

To discredit someone, do so with credible. Akhram has great credential professionally, volunteer organisation and regularly invited for TV Talk show of serious contents. It means he can do and had done it. Khairy should know if he can recall UKEC.

We can question about Khairy's credential and UMNO Youth in effectiveness. BN Job Fair can be questioned as not a deliverable of a political party. We can go on and on. Surely we can put the whole Khairy campaign team on the defense.

At this late age, we like to see not just winners and losers but what can be gained from the discourse or in this case, contest 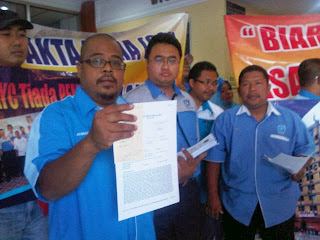 Thus it is annoying to see numbnuts trying to play cheap smear tactic of finger pointing the MAYC debacle towards Akram with a police report last Tuesday.

There is a rumour being spread that they are going to do a report to MACC. If so there is going to be an MACC report, Akhram's father Tan Sri Sanusi already express much delight.

He certainly welcome a thorough investigation on an organisation that was build from his toil. Under 70 year old Tan Sri Syed Hamid, he had not held an AGM for more than five years and an audit report was made for 5 years and not annual one.

Strangely, the auditor mentioned that they were not allowed to enter the premise to inspect documents. There is suspicion that association asset is at stake.

This attempt to smear Akram only serve to smear the previous Minister in charge of Youth by saying he failed under his watch and would serve to drag the current Minister into an unnecessary controversy left by his predecessors.

Thus it is strange for Khairy's loyal man, Brojinggo to be raising the few year old MAYC debacle now.

One wonder why a 70 year old with grandchildren and all still messing around in a youth movement? Lost youth perhaps?

So Dax ... let it be a clean contest and about bring UMNO forward with strengthen old struggle and values and/or western defined centrist value.
at 9/21/2013 11:22:00 AM

Support clean contest moving forward, this battle for KP will be to see whether umno youth themselves want to move to the right or center. If they decide anyways, do not comment and say, oh UMNO is rotten if KJ wins or UMNO is great if Akram wins, its all part and parcel of the voice of UMNo

In the last pemuda contest it took more than 7 hours to recount 700 votes for kj to win the post.

Wonder how many moon it takes this time with direct voting system.

With so many members not trusting kj... Akram has a fair chance for the post

KJ DNA is in a mess. He wants BUMI to compete in what he sees as a fair level with the Chinese especially when the fact is BUMI never had a fair chance with them. After all Chinese are the main supplier of everthying and tak malu pakai nama MELAYU to sell their products. PEMUDA UMNO also bangang no guts to protest such approach while Pemuda PAS, PKR it always 'ALRIGHT' to use nama MELAYU to sell thier kicap becasue they are very ISLAMIC. KJ always forget he was born on a silver plater just like Najib and Nazir his brother and cousin Hisham. They don t really feel the pinch.They dont have to compete. If intergrity and honesty counts, no billions ringgit should be spend on PM resident renovation, New Palaces and so on as long as there is still poor people and when most Rakyat especially BUMI cannot afford to buy a property due to sky high price except at cerut ulu. We know ALibaba have enriched more Chinese because they just want easy money thus showing thayt Chjinese is also not honest in helping the bumis and this KJ has to tackle and come out with a good effective plan to ensure geunie BUMI entrepenaur benefits from Goverment programs not straight away talk about affrimative action regardelss of Race. It too early for that, correct the wrong first and then move forward. With UMNO grassroot using their Brain hopefully Akram will win otherwise there are brainless with corrupted mind to follow the leader just like a quick rich scheme. The logic of non contest for the top 2 post sudah ketinggalan belakang. UMNO member who are qualified should openly contest the top 2 post to create a healty competition. After PAU go back to work no more backstabbing. Sungguh mendukachitakan in this era still have to seek Presiden restu while Presiden should have an open mind with positive attidue by 'welcoming' competition with an open heart. Becasue if you are good you will win!. The poosr regardless of race does not need BRIM they want a long and permanent solution to eradicate hardcore poor. Give 500,1000 RM besok lusa habis ada yang pegi beli todi ada yang pi beli 4 nombor ekor ada yang berkampuang pun dapat. Mana tak hantar orang tua denagan kereta mercedes collect BRIM. UMNO it a WAKE CALL to you.

But Akhram is still way too goofy to take on KJ.