MUSICAL INTERLUDE & COMMENT: Shot yourself on the foot again 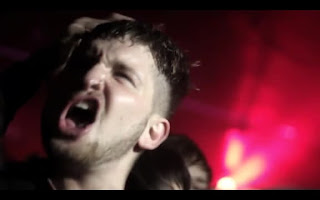 Don't get us wrong.

Despite it is politically not good timing, the subsidy rationalisation was necessary. This is talking strictly on the issue of subsidy and nothing else.

If there are effort to take the trouble to explain things, people will not be so angry.

Problem is there is this tendency to do things without considering the ramification and not bothered to put in place a course of actions to mitigate the expected outcry.

The attitude that some of our Ministers and high government officials take is not bother to manage the public perception on the government and PM.

Why bother with the irrational public is their attitude. As long as they do their work, let whoever that has to deal to deal with it.

Shot yourself on the foot again, the title song by techno-rock group, Skream & Example below:


Not exactly our genre of music but it is not bad and lyrics here kinda cool: 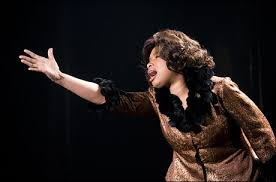 Malaysia's annual budget for 2013 was RM250 billion. [Read FMT here.] Fuel subsidies alone is RM28.3 billion or 11.3% of our budget. High or not to other countries, it s substantial.

Frankly, fuel subsidies is not productive subsidies but it is made necessary because outside Klang Valley, public transportation is B A D bad, thus personal transportation is a necessity. Public is also dependent on cheap fuel and too used to the USD10-15 per barrel lifestyle.

Government kept telling they will have the people's interest in their heart always but this is bad for the middle class pocket. The lower income one have BR1M to buffer but middle class. Point taken but look at it another way.

If global economy come tumbling down with an impending war on Syria, such subsidies is burdensome. When the nation's economy is in bad shape, it is in no position to be rakyat friendly. To make us commit to rakyat didahulukan now, we end up unable to be rakyat-frendly forever.

There have been lots of exchanges of arguments on the petrol hike, pro- and con-, and for or against. Problems is it is mostly stale recycled arguments. End result is people will be angry and they will justify their anger in whatever way, including lying and making wild accusation. Something hit their pocket ma....

Certainly telling the people that they lower income group will be buffered by increase in BR1M help but what about the middle income group? Mind you, they are opinion leaders and biggest voters. So giving money does not cool anger.

By increasing BR1M from RM500 to RM1,000 to 3 million people, you end up spending more by RM1.5 billion. After trying to be politically pleasing, the net effect is peanuts.

The cut in subsidies by RM3.3 billion will end up having retailers profiteering to increase prices.

Why not show some earnestness on the part of government to undertake some austerity drive in line with the increase inconvenience faced by the rakyat? The idea to review and better still, close up PEMANDU as per the conversation between the Top Official and mainstream blogger in Rocky Bru's posting yesterday here is worthy of consideration.

The construction of Razak Exchange and Menara PNB is bad timing in view of an impending or perhaps, already a glut in commercial office properties, it is wasteful.

Cut the perks of Ministers and high officials so that rakyat do not think that pump prise increase is not meant to sustain the lifestyle of the rich and upper class. Cukup cukup la this Raya open houses.

PM can sell or end the lease of that controversial private jet leased by Pak Lah. A smaller private jet is sufficient. Whoever going with the PM's entourage abroad, go by commercial and take MAS!

The rational rakyat will understand when the breakdown of transportation and oil price in their normal daily goods and services is only small, they will understand. They will not vent out at the government when Hameediyah restaurant, Penang was profiteering to raise their famous RM11 per plate beryani to RM12.

Rakyat will realise that our pump prices is still relatively low compared to other oil producing nation like Britain and Abu Dhabi. 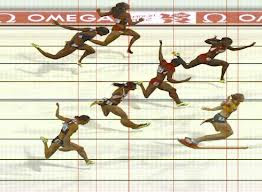 In some occasion, there are those concern never bother to take extra trouble to check and some do check but still take the risk and end up in controversies. Subsequently, it is only menyusahkan (troubling) everyone by asking to tolong defend and counterspin.

Endless possibilities slogan is a case in point. Not to rub it in after the cancellation but if one bother to google and search on You Tube, one would have found the Mongolia and Israel link. Dahlah kita lembab at countering spins by opposition.

Remember how unnecessary the whole APCO episode if the person who made the decision bother to stay away from the Israel linked company.

It is also unnecessary that Tok Pa have to get a frontpage in last weekend's Mingguan Malaysia with the caption openly say "Saya tak akan gadai negara." Such assurance is unnecessary if government had made all necessary effort to make rakyat not distrust the government.

The world is now a global village and the issue raised on the confidentiality of TPPA in New Zealand, Australia, and elsewhere will be known to the public and equally or if not faster, than the authorities.

At first we say the matter cannot be disclosed and now it turned out, it can be.

Don't blame us for being critical when government and JJ is so overzealous in trying to please and emulate American President Obama.

On the Jalan P Ramlee temple, please la ... don't get bloggers to spin lies. The shop next to the temple used to be one of our regular teh tarik spot when working within the golden triangle.

The shop and small temple have been in existence since we can remember coming to that area in the early 1980s. There is no such attempt by the temple to deceive DBKL by changing it to look like a shop.

Last time, Pakatan made an issue on the destroying of Hindu Temple, Then wehn they are in power, they were also smashing temples. Back in the 80s, Anwar was involved in a temple dispute that end up wasting away the life of a PAS member.

Both side are guilty of poorly managing the Hindu temples. This is not a new occurence but what is the problem with discussing and finding an amicable solution to move the temple somewhere else? Why can we find the peaceful solution to deal with it?

One neighbouring country have this problem but it never became an issue. In the case of the Jalan P Ramlee temple, Minister pergi sibuk nak kasi komen. Should have left it to DBKL to answer.

And MIC Youth Chief was demonstrating outside. Instead of solving it, he just makes it worse with politics. 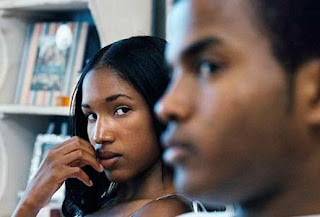 Lastly, was reading a written piece to whack at blogger Syed Akbar and it seem to be a concerted effort by bloggers using materials by PMO.

Syed is just a lone blogger with a view of his own and they agree that he is entitled to one. Yet the might of the Prime Minister's Department was used to blow away an insignificant pro-BN blogger when they could not do so with the lying, slandering and twisting opposition.

They are really in a pathetic state of affair!

Perhaps stupid is too harsh a description but the many issues were raised and pointed out was ignored and simplistically brushed with a single stroke as trying to topple the PM. All along, it was about few incompetent officers and advisers that is messing up the leadership and party owned by millions.

True and agreed, Syed should not be name calling and hope he stop, but to say the Malay culture entails us to be subtle is pure nonsense.

That are times a Malay man has to be direct and forthcoming. It is particularly so when there are persons around who are intelligently challenged, culturally inapt, and does not know their station in life to understand subtlety. More so, when as host, the person failed understand that his station is at the wall and not seated.

Sure it is good to be engaging the PM but his schedule is too busy. He couldn't fulfill a promise to do a serious engagement regularly. One can't expect bloggers to wait for years to discuss an issue with the PM first before writing his views openly.

Media officers are supposed to be aware of the diverse opinions and views being expressed everywhere and relay an honest feedback to PM. No wonder there are those who think they won 8 out of 10 cyber-battle with the oppositions.
at 9/05/2013 03:18:00 PM

Surely the powers that be and their minions would have known that the subsidy cut was bound to raise the ire of malaysians. therefore, the failure to adequately prepare the public psychologically by the govt (& party) apparutus tantamounts to a dereliction of duty! simply put, the buggers didnt do their job. period.

Look guys, the subsidy cut/rationalisation shceme is a step in the right direction. It MUST be done to manage our fiscal deficit. Its for the sake of your children and their children. The sooner we accept it the better for our country's financial health!

Thid bitter pill is one pemandu? he cant even pick up the points from the article. If he is pemandu, then no wonder the country in a mess.

As long as crony capitalism is not curbed.....it doesnt matter.